Long tenure for non-executive directors is one of the obstacles to increasing diversity in the Russell 3000 and the S&P 500. 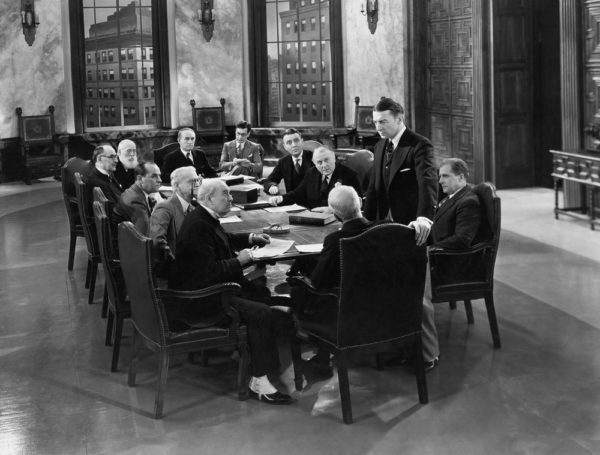 The case for boardroom diversity, whether it be gender or ethnicity, has been made; there can be few boardroom leaders left in post who fail to see the benefits. And yet, the sheer obstinacy of boardroom incumbents is proving a major block to improvement.

New research reveals that while diversity in US corporate boardrooms of the Russell 3000 and the S&P 500 has improved, progress is slower than it might be because of the lack of turnover in places held by ageing, white, male directors.

Figures compiled by think tank The Conference Board  show that in 2018 half of the Russell 3000 companies and 43% of the S&P 500 made no filings in relation to changes in the composition of their boards. Those companies neither added new members nor replaced anyone.

—Matteo Tonello, The Conference Board

In short, for many companies board refreshment is somewhat stale.  According to Matteo Tonello, a research manager with The Conference Board, despite major changes to US corporate governance over the past two decades, the profile of boardroom membership has proven surprisingly resistant to change.

“To this day, many public company boards do not see any turnover that is not the result of retirement at the end of a fairly long tenure,” he says.  Observers point to differences among US companies. Boards in the Fortune 500 and Fortune 1000 have focused on refreshment, while those in smaller companies have been much slower to move.

“Institutional investors will continue to pressure boards to refresh their board compositions,” says Justus O’Brien, co-leader of the Board and CEO Advisory Group at Russell Reynolds Associates.

It was well known that progress towards diversity in many US companies was slow. In February figures from Morningstar, the financial research group, showed that smaller companies in the Russell 3000 index had only now reached the levels of diversity present in S&P 500 members a decade ago.

The reasons for laggardly progress? Smaller companies have less attention focused on them by the media, but also by asset managers’ engagement teams. Morningstar also argues that there is only a small pool of female talent available for appointment, resulting in women each taking more board positions than their male counterparts.

Others have spoken of an inherent reluctance among boardroom leaders to ask ageing board members with outmoded experience and skillsets to move on. There is a widespread view in the US that automatic term limits for non-executive directors is too heavy handed.

Average tenure in the US is more than ten years, with about a quarter of Russell 3000 directors stepping down after more than 15 years

The UK governance code, revised last year, suggests nine years is a healthy limit for a non-executive or chair, and asks boards to explain in their annual reports why an individual should stay longer. Indeed, publication of the revised version in July raised the real prospect of several FTSE 100 chairs being forced to move so their boards could comply with the new code.

Average tenure in the US is more than ten years, with about a quarter of Russell 3000 directors stepping down after more than 15 years.  Executive search firm Spencer Stuart forecasts little change to turnover this year—indeed it expects boards to rely on “mandatory retirement ages” for opening up board vacancies. It points out that these mandatory ages can vary from 73 to 80 years.

A raft of asset managers have declared their intention of making boardroom diversity a major priority. These figures suggest they may have to redouble their efforts.

Board composition, board diversity, board tenure, Russell 3000, S&P 500