After the murder of George Floyd, many US companies committed to increasing diversity—and some have backed up their words with action. 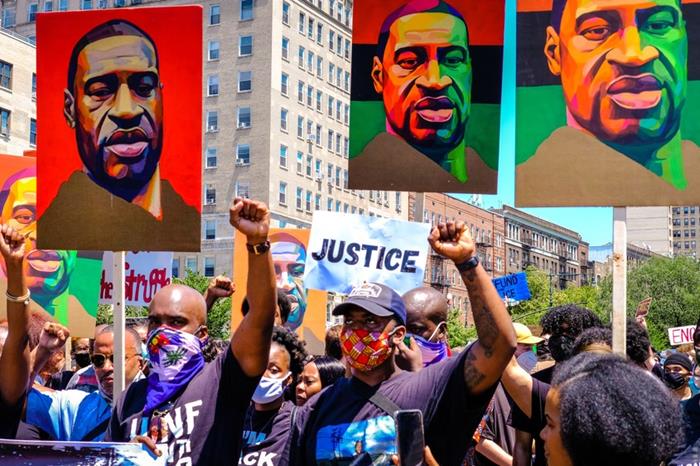 Many US companies made statements in support of increased diversity after the murder of George Floyd and the demonstrations worldwide that followed in 2020. But are critics right to call those statements “cheap talk”?

According to new research, there is indeed a link between corporates making strong statements of commitment and actual action, at least in boardrooms.

Lisa Fairfax, a law professor at the University of Pennsylvania, has examined board appointments in the year after the statements, finding that diversity progress was made. Nearly half, 41%, of the Fortune 100 companies that made supportive statements appointed a black board director. When directors of other ethnic groups and white women are added to the figure, 78% of companies used board vacancies to improve diversity.

An examination of the Fortune 500 finds that 75% of companies who made statements appointed candidates that improved boardroom diversity.

The research comes just over two years after George Floyd was killed by Minneapolis police officers while being arrested outside a convenience store. Officers involved were still being sentenced this week for their role in the killing, though Derek Chauvin, the officer who placed his knee on Floyd’s neck, causing him to suffocate, is serving a 22-year sentence for murder.

There has been intense discussion of diversity and equality since 2020, much of it focused on the behaviour of police officers, and on representation more broadly and inside boardrooms.

A look at the 16 companies in the Fortune 100 that remained silent on diversity after Floyd’s death reveals that only one appointed a black board director; all the other directors appointed were white.

The silent Fortune 500 companies did better. Of 142 new directors, 50 were black or from other ethnic groups.

Fairfax hesitates to draw a causal link between making of statements and the appointment of black directors. However, she writes there is a “correlation”, an important element in refuting the claim that statements made were “cheap talk”.

US corporates made powerful declarations after the murder of George Floyd. Nike, the sportswear giant, tweeted: “Don’t pretend there’s not a problem in America.”

Fairfax concludes that her research shows it matters when corporates make public statements. Speech, she writes, can be a “powerful vehicle for expressing and confirming our aspirational ideas”. It also matters, she says, because it can serve as “affirmation” for members of the black community while undermining the “potential that sentiments rejecting racism are viewed as normatively preferable throughout the corporate eco-sphere”.

But she says these statements are also important because they “positively influenced corporate behaviour”. Companies were prompted to begin the process of addressing racism and discrimination. And, given the “intractability” of these issues, Fairfax writes, “it is important not to dismiss any tool that can be useful in this endeavour”.