Barclays reveals the challenge facing financial services on equal pay by disclosing that on average women are paid almost half as much as men at the bank. 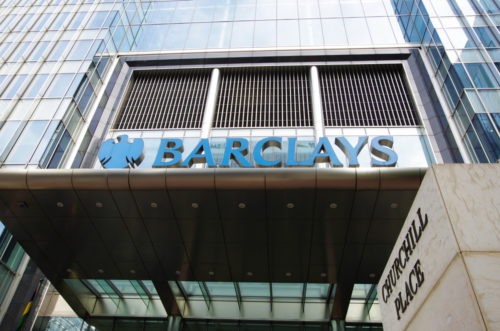 Barclays International, the investment bank, has revealed it has an average gender pay gap of 48%, a hefty differential illustrating the challenge facing financial services on equal pay.

The average gender pay gap for bonuses at Barclays International stood at 78.7%, and 60% for Barclays UK.

“At Barclays, our focus goes beyond simply addressing the gender pay gap and extends to our internal and external gender equality commitments.”

Barclays said in its annual report that tackling the pay gap would “take time” and that the bank remained focused on “improving gender diversity through a workplace environment that supports and empowers women”.

“At Barclays, our focus goes beyond simply addressing the gender pay gap and extends to our internal and external gender equality commitments,” said the report.
“Across both our organisations, and in the financial services industry, we are dedicated to enabling women to fulfil their career aspirations.

“To achieve this goal and thereby narrow our gender pay gap, we will continue to focus on ensuring there is no bias in the hiring, promotion, development and retention of women at Barclays.”

Jes Staley, Barclays’ chief executive, is quoted in The Times as saying he would like to see equal pay but society, in general, has “a long way to go”.