One of the most frequent mistakes boards make is failing to realise the importance of culture, but it isn’t the only pitfall. 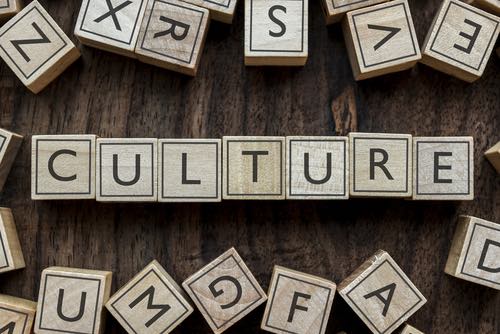 1. Failing to realise the importance of culture

This is one of the most frequent mistakes boards make. They often dismiss it as something vague and just tick a few boxes for the company report, without recognising that culture must be at the core of the company’s values and behaviour for long-term survival and success. One corporate governance regulator recently described a poor culture as a significant risk to business.

2. Presuming a company’s existing culture can be changed

Another frequent pitfall for boards is presuming the existing corporate culture can be changed quickly and easily. Culture is usually deeply embedded in a company whether it is positive or negative, and it is a slow, difficult process to shake it up, needing skill and persistence.

Governance experts agree that one of the biggest errors boards make is to think the responsibility for setting the culture is the chief executive’s job.

3. Believing culture is the CEO’s responsibility

Governance experts agree that one of the biggest errors boards make is to think the responsibility for setting the culture is the chief executive’s job. One survey of more than 17,000 companies and organisations across 41 countries showed that only 18% of chairmen and boards accepted responsibility for the culture of the company.

4. Failing to challenge a CEO unsupportive of culture

Not challenging a chief executive who fails to support and deliver the company culture as defined by the board, or behaves in ways that contradict the values and ethos, is another mistake. If this happens, the chairman must be strong enough to stand up to his or her chief executive.

5. Board refusal to assume responsibility for culture

Board refusal to accept that establishing a healthy culture is part of its stewardship role taps into the bigger issue of boards’ reluctance to take on the responsibility of stewardship for all its stakeholders.

6. Failing to recognise and tackle a culture that is wrong

This can be disastrous for a company. Recent corporate history is full of examples where boards have failed to do this. The cartel of banks involved in rigging Libor, the key benchmark rate; Volkswagen and the long-running practice of emissions cheating, and Wells Fargo’s failure to tackle negative culture and corporate governance issues are just a few.

7. Viewing culture through a narrow lens

The chairman and board often lack a broad definition of their company’s culture, viewing it through a narrow legal lens and leaving out essential elements such as integrity, transparency and doing the right thing for all stakeholders.

8. Seeing culture as a one-off exercise

Another mistake is the belief that determining culture is a one-off exercise, rather than viewing it as a continual process that needs regular evaluation to spot any gaps and weaknesses.

Boards may set a healthy culture for the company but fail to match their own values and behaviour to its standards.

9. Boards failing to set an example

Boards may set a healthy culture for the company but fail to match their own values and behaviour to its standards. They forget that employees watch their example, and will not buy into the culture if people at the top ignore it.

Similarly, boards make the mistake of thinking that culture at company headquarters is the same through its global network. Take the example of HSBC’s Mexico subsidiary, which ran a rogue culture and was fined almost $2bn by the US regulator in 2012 for money-laundering and breaching sanctions.

When things go wrong and the culture of a company is shown to be rotten, boards may misjudge public and investor anger. Boards often overlook how valuable trust and confidence are and, once broken, how difficult it is to rebuild them.

11. Lack of board diversity

Leaving board members in place too long so that a clubby, non-contested culture around the table develops, often lacking in diversity, is no way to foster a good corporate culture.

Finally, not recognising that boards need change and fresh thinking on culture as new challenges arise can be a serious mistake, and have damaging consequences for the company.