US bank boss will apologise today over a scandal that has seen shareholders demand the roles of chairman and chief executive be split. 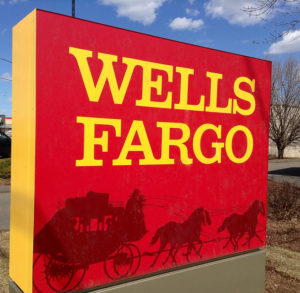 John Stumpf, the chairman and chief executive of scandal-hit US bank Wells Fargo, is expected to apologise to senators for the handling of false accounts debacle, which has so far seen more than 5,000 employees fired.

According to Bloomberg, Stumpf will give the apology in a prepared statement to be offered to the senate banking committee today, where he will be interrogated on why the scandal happened while he was in charge.

At the end of last week shareholders began “filing resolutions” to split the roles of chairman and chief executive at the bank.

Other shareholders have called for the bank to launch a study to see if the institution should be broken up.

The demands come after the news emerged two weeks ago that Wells Fargo was dealing with the fallout from staff who had created almost two million false accounts for customers in a bid to meet sales targets.

Former Securities and Exchange Commission chairman Arthur Levitt is quoted by Reuters saying: “It is a scandal of almost unimaginable proportions.”

The false accounts emerged when the bank published the results of an agreement with regulators including settlements of $185m and refunds of $2.6m.

In a statement the bank said: “Wells Fargo reached these agreements consistent with our commitment to customers and in the interest of putting this matter behind us.

“Wells Fargo is committed to putting our customers’ interests first 100% of the time, and we regret and take responsibility for any instances where customers may have received a product that they did not request.”

An email from Stumpf circulated to bank staff said: “…at Wells Fargo, when we make mistakes, we are open about it, we take responsibility, and we take action.”