The right HR director is essential to lead on a culture that gets the best out of people, rather than policing them. 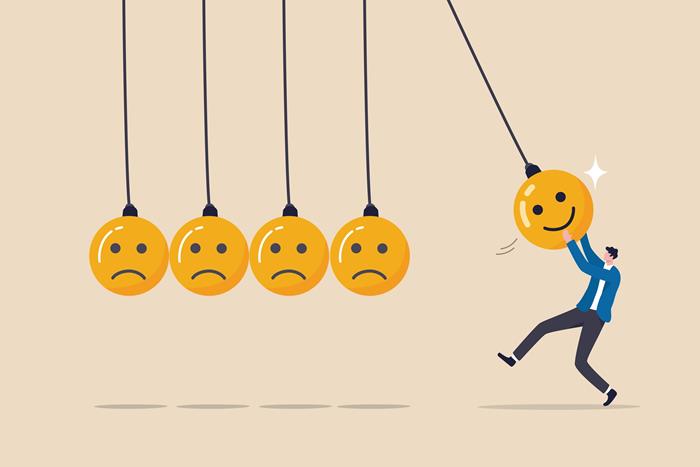 The appointment of an HR director is one of the most important decisions any board will make. But many executive teams have an increasingly outdated perception of the role HR should be playing in the modern workforce.

HR has traditionally been regarded as a tactical function—one that responds to business decisions rather than being central to them. Thanks to the pivotal role the profession played during the pandemic, however, this view has started to shift, with a growing number of boards recognising the importance of putting people issues at the heart of their business operations.

A recent Hult International Business School research report found that HR influence at board level was “fundamental to the survival of organisations, and in some cases resulted in the business coming out post pandemic in better shape than before”.

HR practitioners, the report says, had proved themselves not just to be agile and flexible problem-solvers, but professionals who could drive new thinking and decisions around everything from hybrid working to workforce planning.

Whether HR will be able to sustain this elevated level of influence after the pandemic recedes remains to be seen. But the profession’s ability to make a real impact on the success of the organisation is still being hampered by one key issue: a fundamental misconception at the most senior level about what HR is actually for.

After years of working with organisations across the public and private sectors, it has become clear to me that some boards regard their employees as a resource or a utility and—particularly at times of conflict or disagreement—as a risk to the business.

The employer therefore becomes afraid of conflict (conflict averse), and they begin to design it out, creating a rigid and bureaucratic procedural framework that it makes it impossible for conflict to cause reputational or economic damage. As the pandemic showed, however, most employees actively want to do a good job—and, if treated justly and fairly, will willingly go the extra mile for their employer.

To develop and sustain a transformational culture (a culture that is just, fair, inclusive, and high-performing), leaders need to embrace a cultural shift that we are seeing elsewhere in our society. They need to make it clear through their strategies and their policies that they realise that their employees are not a risk to the business—they are the business.

Instead of taking a reactive approach and focusing on mitigating people-related risks, leaders should be looking at how they can build people-centred, values-driven, fair and just cultures, where people are able to be the very best versions of themselves. In these cultures, conflicts and disagreement are treated as potentially constructive and functional foundations within teams; managers, HR, unions, and others are equipped to manage disagreements constructively.

The organisations that are getting this right have begun to reframe their traditional rules-based systems and HR processes. They recognise that their formal policies and processes (disciplinary and grievance, bullying and harassment, performance management) are adversarial and retributive in nature. They understand that the old systems for managing people issues are centred around a right-wrong, win-lose mindset, with the needs of human beings conveniently pushed aside in favour of reducing the risk of an adverse outcome in any future litigation.

High performing, successful business leaders recognise that retributive justice creeps like a thief in the night, into the culture of their organisations and the climate of their teams. It steals the goodwill that has built up, makes off with the trust that has been earned and destroys the camaraderie which has been the glue that has held their teams together. It makes their organisations, departments and teams increasingly adversarial, hostile and confrontational: destroying relationships and sowing the seeds of division.

Putting the H back into HR

HR practitioners do, of course, have a key role to play in delivering this transformational approach. One issue that often hampers progress, however, is a perception within the business that HR are the ‘organisational police’, whose duty is to stand guard over the rules and processes.

The ubiquitous ‘HR Business Partner’ title, which still exists in many organisations, is part of the problem. It is a divisive and loaded term, which results in HR being perceived by many as the long arm of management. It erodes trust in HR and it inhibits its ability to facilitate the fair, just and dialogue-driven environment that today’s employees expect and today’s organisations need.

Senior leaders need to work alongside HR to shake off this mantle and to begin developing a truly independent and objective people and culture function where transformative justice is fully integrated into HR’s policies, processes, and procedures. It’s about reimagining HR as the conduit between the culture of the organisation and the climate employees experience on the ground. To achieve this aspiration, HR should focus on promoting a culture of trust, belonging, inclusion, dignity and fairness: a transformational culture.

The shift from transactional HR to a transformational people and culture function will help to attract and retain the top talent, the best investors, and the most valuable customers. That places HR as one of the most strategically important functions in the modern organisation.

As organisations strive to ‘build back better’ following the global pandemic, and they prepare for the uncertain and complex times ahead, the cultural orthodoxies of yesterday will not be sufficient to resolve the challenges of tomorrow. A radical shift in the way our organisations think about justice is long overdue.

Leaders need to ask themselves some hard questions about whether their organisation’s rules, procedures and policies are reducing harm and really delivering a higher performing workplace—and how long they can afford to wait before adopting more compassionate, collaborative approaches that will equip them for future success.

This isn’t a soft culture, this is the kind of modern culture that attracts the top talent, the top investors and the top customers.

David Liddle is CEO of The TCM Group and founding president of the Institute of Organizational Dynamics. He is the author of the newly published book Transformational Culture (Kogan Page).