It is estimated that high-level fraud costs the global economy over US$5trn every year. What can be done to prevent corporate crimes? 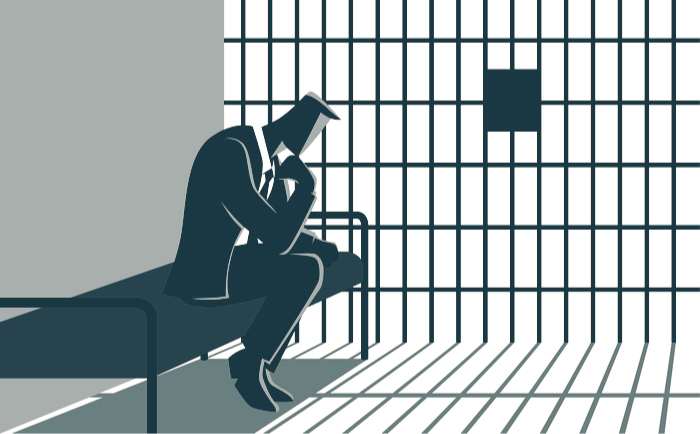 Mark wasn’t the only one doing a little bit of trading for himself. Like all stockbrokers, he regularly received privileged information. So, when a confidential source told him that the shares of a pharmaceutical company were going to balloon due to the approval of a new drug, he decided to borrow company money to get in the deal.

Unfortunately, this time, someone blew the whistle. Mark was charged with insider trading and securities fraud. His reputation as an upstanding citizen went down the drain. His fair-weather friends avoided him like the plague.

The term “white-collar crime” has been associated with the educated and affluent ever since it was coined in 1939 by criminologist Edwin Sutherland. White-collar crimes refer to financially motivated, nonviolent wrongdoing that take place in the office environment and involve the manipulation of accounting and finance systems.

Sutherland pointed out that white-collar criminals are quite different from street criminals, in that they generally are married, have an above average education and a high income. They also tend to be homeowners and have somewhat strong ties to their community, family and religion. They seemingly have no reason to break the law, so when their crime is detected, a common reaction is incredulity.

White-collar crime is a serious problem. It is estimated that high-level fraud costs the global economy over US$5trn every year. White-collar crime may explain why public approval and trust of businesspeople has been eroding. According to a Gallup survey, business executives rank near the bottom on a list of professions in terms of perceived ethics and honesty.

Financial costs aside, white-collar crimes can also prove deadly. Consider the 1984 Bhopal disaster in India, when a massive gas leak in a pesticide plant—blamed later on corporate negligence—killed 8,000 people and injured half a million in the immediate aftermath.

Or take the Chinese milk scandal of 2008, when it was discovered that top managers of a dairy company were aware that a toxic compound was being added to its milk products. This led to the poisoning of 300,000 people, mostly infants.

The recession of 2008 was the result of manipulation of the real estate market by Wall Street firms, costing millions of Americans their homes and their savings.

Why do these apparently respectable people do these awful things? What drives them? Are they a product of their environment, or bad apples from the start?

A company might pressure employees to participate in a crime by offering a reward or compensation, as was the case with the Wells Fargo account fraud scandal. If employees believe that they are being ordered to do something wrong, they might not feel personally responsible.

Inadequate internal controls and accounting systems, a toxic, unethical corporate culture, or dysfunctional leadership may all provide a pathway to fraud.

When an enterprise is focused exclusively on profits, white-collar criminals can rationalise that they’re acting for the good of the organisation or that “everybody does it”. Describing unethical practices as victimless crimes also promotes rationalisation.

A delicate “dance” between the situation and personality dynamics is always at play. It involves a number of factors, such as the following.

Conspicuous consumption is commonly used as a marker of success. Some people feel a greater need to parade material objects to indicate their social position, power and status. These public displays of wealth give them a high that quickly wears off. Before long, their income is no longer sufficient, so they start looking for short-cuts to more money.

If the context presents enough pressure and opportunity, low self-control can facilitate white-collar crime. It can make some people more prone to lying and cheating, at least temporarily. And the risk taking can turn into a drug. But just like the high associated with material possessions, the effect soon wears off. The people must then engage in ever riskier behaviours to get the same high – until they self-destruct.

Narcissistic individuals are only concerned with what can benefit them or enhance their position. They are self-entitled and believe that rules apply to everyone but them. They also think that no one is smart enough to catch them.

Psychopaths don’t feel guilt or remorse when they exploit others for their personal gain. This kind of behaviour is also found in organisations. Some people are always on the lookout for opportunities to meet their deep-seated need for power, status and money. They are masters at sizing up situations quickly and manipulating others to cooperate with their schemes. Even when they get caught, their charm often helps them talk their way out of consequences.

Corporate psychopaths in senior positions can alter what is perceived as acceptable norms in a firm. This in turn normalises the sorts of behaviours that can promote wrongdoing.

Most white-collar crimes are detected by whistleblowers, who then tip off journalists and law enforcement agencies. Unfortunately, governments often lack resources to investigate every allegation. This means that many white-collar criminals get away with their crimes. So what can be done to prevent them in the first place?

An ethical, transparent culture is the foundation of effective corporate governance. An organisation’s leaders should make it very clear that ethics matter. They need to embed a culture of compliance in all decision-making processes. They should have zero tolerance for any form of “creative accounting” and other dishonest activities.

Regular employee surveys and 360-degree feedback systems can help C-suite executives assess the ethical health of their organisation. Leadership development programmes can act as early warning systems, showing whether the corporate culture is built on bedrock or on sand.

Obtaining these data points can prevent the common corporate obsession about the balance sheet. In fact, all ‘numbers games’ can contribute to long-term disaster despite their short-term benefits.

When exit interviews are conducted respectfully, they can help uncover any corporate misconduct or toxicity. They can also serve as an early warning system, putting potential problem areas on the company’s radar.

An obvious candidate for redesign are compensation systems, which have direct social and moral effects. All too often, compensation systems fall victim to manipulation. Also, ethics and compliance could become part of the annual appraisal process. Organisations could even incentivise ambitious people by rewarding those who demonstrate commitment to their ethical values.

The responsibility of business schools

The challenge of business schools is that the students they attract—who will go on to lead organisations—already have a fully fledged set of values by the time they arrive. They have internalised the values of their family members, friends, peers and teachers.

Fortunately, a new generation of leaders seem to be preoccupied with ethical decisions just as much as with bottom lines

While teaching ethics at this stage is daunting at best and impossible at worst, something needs to be done. All too often, graduates were taught that a businessperson’s only responsibility is to make money. Ethics in business often requires leaders to put the interests of others ahead of their own.

With a better understanding of the impact of white-collar crimes, business schools are gradually putting more emphasis on ethics. But unless all professors inculcate a strong moral compass within their curricula, new robber barons will continue to emerge. Cautionary tales about the consequences of unethical behaviour should be part of every course.

Fortunately, a new generation of leaders seem to be preoccupied with ethical decisions just as much as with bottom lines. To say that the only goal of a business is to maximise profit has become outdated. An increasing number of organisations understand that profit cannot be their only goal if they want to engage their employees.

Many leaders now recognise that companies can do more to address society’s ills. As a result, business schools realise that they had better keep up with their students’ world view. In time they may produce fewer and fewer Gordon Gekkos who believe that “greed, for lack of a better word, is good”.