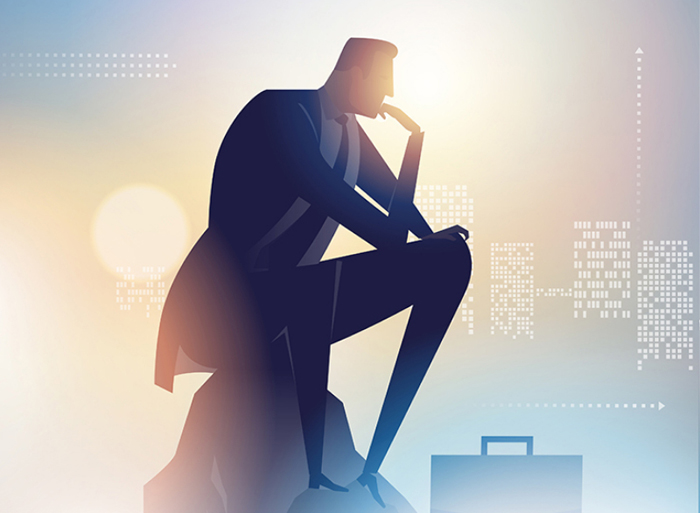 In July 2020 I explored the question of “what’s a company for?” through an imagined dialogue between Milton Friedman, the famous economist who represents the shareholder primacy world view, and Socrates, the ancient philosopher.

This came hot on the heels of the US Business Roundtable’s redefinition of the purpose of the corporation as being to “promote an economy that serves all Americans”, and the British Academy’s project on The Future of the Corporation.

Since then there has been a lively debate about corporate purpose among business leaders, investors and academics, which has caused me to reflect on how the dialogue between Milton Friedman and Socrates might continue…

What’s a company for? Act 2

SOCRATES: Milton, good to hear from you, I’ve been reading some of your poetry.

SOCRATES: You know, the one about the angel who fell out with God and became a Nietzschean superman.

MILTON: No, Socrates, Milton Friedman, the American economist, you know we were talking the other day about business purpose, what’s a company for, the purpose of the corporation, and all that jazz.

SOCRATES: Of course, sorry, I’m getting a bit forgetful in my old age. It must be this homeopathic medicine with wild hemlock in it that I’ve been taking recently.

MILTON: Anyway, Socrates, I’ve been reflecting on our discussion and I’ve got some further thoughts.

SOCRATES: I’d be interested to hear your ideas, Milton.

MILTON: Well, Socrates, you know you talked about the purpose of pharmaceutical companies being to cure illnesses and help patients towards better health?

MILTON: So, I was thinking about AstraZeneca making that Covid vaccine in the UK and selling it at cost, that kind of fits the bill, doesn’t it?

SOCRATES: Yes, it does.

MILTON: But Pfizer sold its vaccine at a profit, helped fix Covid in the United States and made a barrel load of money at the same time, so that’s kind of interesting, isn’t it?

MILTON: Then there’s that other pharmaceutical company that’s been in the news a lot, Purdue Pharma, who’ve made lots of money by getting half of America addicted to opioids. So how does that fit with the idea that the purpose of a pharmaceutical company is to cure illnesses and help patients towards better health?

SOCRATES: I see what you mean, Milton.

MILTON: And, you know, I was watching an old film on Netflix the other night, The Constant Gardener by John Le Carré.

MILTON: Well, according to Le Carré, all pharmaceutical companies are run by a bunch of crooks.

SOCRATES: I suppose you could say that that proves the point, Milton, if you think about it. Perhaps those companies have lost sight of their proper purpose and have become fixated on making money.

MILTON: Okay, let’s try something else. You know I’ve been doing lots of reading on this subject.

SOCRATES: That’s good, Milton. Reading is a thing to be admired.

MILTON: So I’ve read some academic papers by a guy called Jerry Davis. He’s a sociologist at the Michigan Ross School of Business. He’s pretty sceptical about all this corporate purpose stuff. He says that if you want corporations to behave themselves, they need to be more democratic—greater worker control and more effective state regulation etc.

SOCRATES: He’s a sociologist, Milton. They sometimes have funny ideas.

MILTON: Then there’s Lucien Bebchuk at Harvard Law School, no wishy washy liberal he, he reckons that all this “stakeholder capitalism” stuff is flawed and dangerous, that—and I quote— “stakeholderism should be expected to produce only illusory benefits as well as serious detrimental effects”. Strong stuff, eh, Socrates?

SOCRATES: Yes, I suppose so, Milton.

MILTON: Mark Roe, he’s another Harvard guy, he reckons that competitive firms in competitive industries can’t afford expensive purpose costs. He reckons it’s all about making sure markets are competitive and protecting stakeholders with rules, laws and widely shared norms. Just like I said some time ago.

MILTON: Actually he is a law professor. Anyway, what about Joseph Heath? He’s a philosopher, so you should like him. He reckons that the best way to think about ethical business is where managers continue to owe fiduciary duties to shareholders and regard their interests as primary, but where they’re constrained by laws and regulations which ensure that markets are competitive and healthy, and that companies don’t exploit workers or consumers.

SOCRATES: If you say so, Milton. You certainly have been doing a lot of research, haven’t you?

MILTON: Then there’s some of those journos who write for the Financial Times. There’s a guy called Stefan Stern who reckons corporate purpose is all a load of bunkum—it’s just greenwashing, “the boardroom’s futile pursuit of purpose” he calls it. Stern quotes from a book called The Purpose Myth by Charlotte Cramer. He thinks we need to get real about all this stuff.

SOCRATES: I’m not quite sure which side of the argument you’re on now, Milton.

MILTON: I’m just trying to show how complex this question is. What about Geoffrey Owen, Sir Geoffrey Owen I should say? He points out that the world has done pretty well over the last two hundred years from shareholder-based capitalism, that having a proper purpose and maximising shareholder value can be done perfectly well within the present legal framework.

SOCRATES: If you say so.

MILTON: And what about Terry Smith, the superstar investor, who reckons Unilever should stick to its knitting rather than trying to save the world? He says that the company has become obsessed with virtue signalling instead of addressing the fundamentals of the business.

SOCRATES: Well, he’s an investor, and he has pretty strong views, Milton.

MILTON: Okay, but back to my main argument. Didn’t you say, Socrates, that “a man with two masters serves only himself?” Isn’t that the problem here, if we confuse the issue for those good people that run companies about who their working for, either they’ll get confused—or worse, they’ll pull the wool over everyone’s eyes and just look after themselves, feather their own nests, focus on numero uno, if you know what I mean.

SOCRATES: When it comes to “a man with two masters”, I think you’re getting muddled with the Bible, Milton. And I don’t think Matthew was arguing that money comes first.

MILTON: Okay, okay. But you get my point. Anyway, you philosophers don’t have a monopoly on virtue, do you? Didn’t you have some funny ideas about slavery?

SOCRATES: That was Aristotle.

MILTON: And didn’t you say that countries are best run by dictators, like Vladimir Putin?

SOCRATES: That was Plato.

MILTON: But you and Plato are joined at the hip, aren’t you? And I seem to remember that your mate Plato had some very dodgy ideas about banishing poets and playwrights from his ideal republic, didn’t he? Are your ideas really as modern as you claim they are?

SOCRATES: Okay, Milton, it is my turn to acknowledge that you have advanced some very strong arguments. I will give all this some thought. Now, I have just remembered that I have a class to teach at the Academy, please do excuse me.

MILTON: The Academy? Didn’t you have some trouble there recently. Some guy got into a fight with a comedian who made a joke about his wife’s hairdo or something?

Act 3 is still to be written! To help me in my quest to resolve the question of corporate purpose I am running a day of thought leadership and conversation at The London School of Economics and Political Science on 1 September 2022. If you have strong views on the subject and would like to join the conversation, please email me on [email protected].

Alexander Pepper is professor of management practice at the London School of Economics and Political Science.