“It is not for government to second guess what is appropriate for each business,” says the IoD, after the PM criticised remote working. 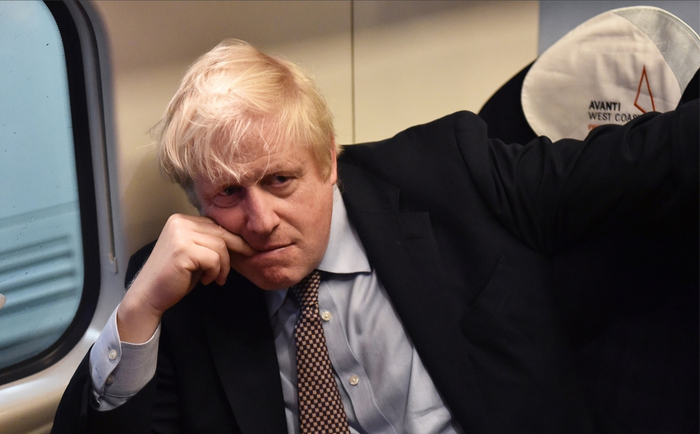 Politics and business often see eye to eye. Sometimes, however, they appear to be from entirely different worlds. This week, the UK’s Institute of Directors warned prime minister Boris Johnson that he had strayed off his turf into decision-making reserved for business leaders.

The point of conflict? Working from home. The IoD says it is up to business chiefs to decide their operating models, not politicians. This followed a much-criticised speech given to business leaders on Monday in which Boris Johnson said: “There are also sound evolutionary reasons why Mother Nature does not like working from home.” He made a “prophesy” that people would return to the office.

The IoD is unimpressed. In a long statement, Alex Hall-Chen, senior policy adviser at the IoD, says: “It’s a matter for individual organisations to determine their future working arrangement. Some will be strongly encouraging employees to return to the workplace. Others are happier with a more hybrid approach, incorporating a degree of home working.

“It is not for government to second guess what is appropriate for each business.”

Future of the workplace

Workers were sent home to work in vast numbers when the first lockdown was called last year in response to the Covid-19 pandemic. Since then there has been much debate about the future of the workplace, after many employees enjoyed the benefits of doing their nine to five from a spare room or home office. Many companies have since chosen to reduce office space instead of returning all employees to a single location.

That has led to a debate about risks to town and city centre business as workers stay away, as well as concerns about productivity and creativity.

Boris Johnson’s speech to the Confederation of British Industry annual conference also attracted attention for a period in which he seemed to become lost in his notes and a meandering diversion to talk about a popular theme part, Peppa Pig World.

The working from home issue was overlooked as political opponents took aim at the prime minister’s performance, but it remains a sensitive issue for business leaders as they adjust to fall out from the pandemic.

The IoD’s own research shows that more than 60% of organisations plan to adopt hybrid working. Around one in ten intends to shift to permanent working from home.

The CIPD, a body for HR professionals, says its research shows around one fifth of workers would like to work fully from home, while 38% want a hybrid arrangement. Just over a third of workers, 36%, say they cannot do their jobs at home.

The government is currently consulting on whether to make flexible working a right for new employees. The CIPD has given the idea its backing. But, according to Peter Cheese, CIPD chief executive, flexible working goes further than deciding whether workers are in the office or elsewhere.

That sentiment is recognised elsewhere. Damian Wild, head of markets at EG, the commercial real state intelligence service, says few employers will be inflienced by the prime minister. Instead they’re focused on “attracting, retaining and motivating their teams”.

“A willingness to offer flexible working is an important component of that. Property owners and developers are still seeing healthy demand for good quality office space in good locations. That said occupancy is still pretty low—sub 20% on average. That will start to rise in the new year but we aren’t going to see full occupancy over a full working week any time soon—whatever the prime minister thinks.”

Many employers will recoil at the prime minister’s attempt to influence the working from home debate. His intervention may be particularly unwelcome given his reported comment of “F*** business” during Brexit talks. Many will also be well past the point they could be influenced by the prime minister, having already made their strategic property decisions. However, there seems a broad consensus that much working from home will take place even after the Covid threat has gone away. The prime minister may be talking yesterday’s news to business.