Many of the risks affecting companies today are systemic. Responses that focus solely on improving individual business performance are inadequate. 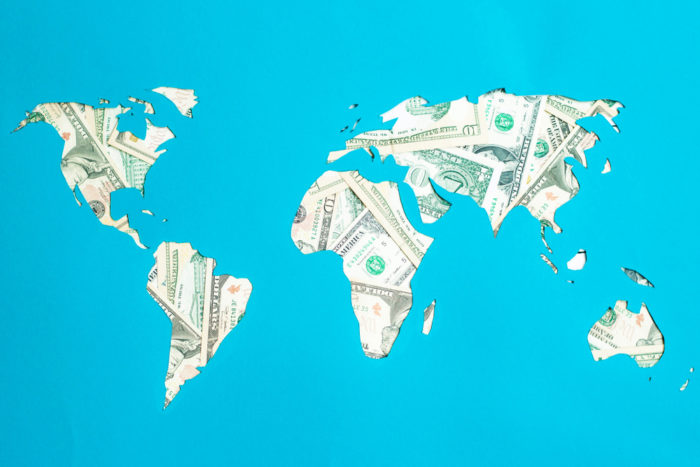 Like the captain and crew of RMS Titanic, corporate boards have often been distanced from emerging realities by rank, training and environmental intelligence.

But there are early signals that the 2020s—the UN’s “Decade of Delivery”, the last before the Global Goals 2030 deadline—could see a profound shift in the demands made of boards.

The late 2010s were a boom time for the change-as-usual industry as the crisis of capitalism encouraged many companies to double down on existing strategies for managing negative externalities. Strategies and departments bearing a wide range of different labels—CSR, shared value, triple bottom line (which I, John Elkington, coined), circular economy, ESG (environmental, social & governance), sustainability and more—received considerable prominence and support in the corporate world.

Unfortunately, just as these approaches have mainstreamed, their effectiveness as a response to the challenges facing business has declined. Many of the risks affecting companies today are systemic. The most glaring negative impacts are driven primarily by market dynamics, rather than by the behaviour of individual companies. In this context, responses that focus solely on improving individual business performance look increasingly inadequate.

2019 was the year when activism went mainstream, the youth took to the streets the world over and even some of the most successful leaders in business and finance, including Warren Buffett and Mark Carney, weighed in to call for profound change.

Salesforce CEO Mark Benioff declared “Capitalism, as we know it, is dead… It’s time for a new capitalism”. The Financial Times announced “Capitalism—Time for a Reset”—and launched a popular ‘Moral Money’ newsletter. The British Academy’s report on the Future of the Corporation, the US Business Roundtable’s revised statement on the purpose of a corporation and many other pronouncements and pledges from a growing range of CEOs indicate that a new context is emerging as we enter 2020.

Some of the most successful leaders in business and finance, including Warren Buffett and Mark Carney, weighed in to call for profound change

Accordingly, there has been a surge in demand for board briefings on issues such as ESG, as well as topics such as climate change and the UN Sustainable Development Goals (SDGs).

The inquiry seeks to identify practical pathways towards a future in which markets incentivise economic, social and environmental regeneration. The inquiry’s first phase—which concludes this month—was primarily focused on resilience and the role of corporate leadership, asking: how can companies actively promote positive system change?

We spoke to considerable numbers of business leaders and academics around the world. We studied examples of emergent leadership from a diverse range of companies. And we ran a series of “Imaginariums” with our inquiry partners to explore, in depth, what it means for each of them to step up as leaders in the 2020s and beyond and a series of events with broader groups to ensure the robustness of our conclusions.

In the process, we identified that the line between business and society is blurring, and so the role of business—famously defined by Milton Friedman as maximising profits—is evolving.

Companies must move from a focus on balancing people, planet and profit, and doing less bad, to building a business which is responsible, resilient and regenerative. This will require self-disruption for almost every business in existence.

The surge in education of boards has been primarily from a position of learning about potential future risks. Climate change, in particular, now rivals cybersecurity as one of the major risks that boards have to manage.

The risk lens will only get us so far, however. Boards need to move from a risk-focused approach to sustainability to tackle the more fundamental question of how to create value in a net-zero world, supporting the CEO and leadership team in developing credible strategies for doing so and managing the transition.

Specifically, boards need to support CEOs in at least three ways: to attract finance for transformation, becoming political, and establishing a purpose. This will require board members to step up in new ways—and the second phase of our Tomorrow’s Capitalism Inquiry will be working with progressive companies to take this agenda forward.

Three focus areas for boards in shaping the future of capitalism

Disrupting business-as-usual requires access to the right kind of finance and investment. Identifying investors who will back your long-term transformation strategy is critically important. Communicating progress against long-term ambitions in a way that is robust and rigorous is essential to maintain the commitment and confidence of those providing capital and finance. This is about much more than ESG scores and sustainability reporting: the task is to create deeper partnerships between corporations and investors, so as to co-evolve a whole new approach to investment and finance that emphasises outcomes, not just growth.

Companies that only talk about the short term will be judged poorly by capital markets and will find themselves on the wrong side of the ‘fundamental reshaping of finance’ that BlackRock’s Larry Fink warns of in his 2020 letter to CEOs.

There is no apolitical path to a sustainable economy. Contemporary politics may be dysfunctional, but that only makes it more important for progressive corporate leaders to step forward and engage in the tricky business of influencing policy and public opinion. That means taking clear public stands on vital policy issues, supporting campaigning groups and business-to-business platforms that champion a reform agenda, and using brands’ influence on consumers to help build broad-based coalitions in support of change.

Conversely, companies that lobby against policy action on climate change and related sustainability issues will find themselves increasingly challenged by both investors and consumers. This is already happening: institutional investors have begun to apply pressure to companies over their membership of industry associations that are acting as a brake on climate policy action.

Bringing the organisation along on a rapid transformational journey is no easy task. Good intentions from leadership will not cut it without alignment of the whole organisation and empowerment of individuals within it. Going through the process of defining a purpose for the organisation is a crucial piece which needs board level engagement. A well thought through purpose which addresses the company’s role in wider society and environment can act as a North Star to drive decision-making and release potential from employees to accelerate transformation and success.

A purpose that does not have board buy-in and is not at the heart of business processes, incentives and decisions can have a temporary marketing effect, but will quickly become a source of risk as it will lead to internal disillusionment and a problematic external reputation.

John Elkington is co-founder and Louise Kjellerup Roper is CEO of Volans.