Nominations for the Non-Executive Director Awards 2020 are now open. Jacqui Ferguson, a winner in 2018, says NEDs play a vital role in turbulent times. 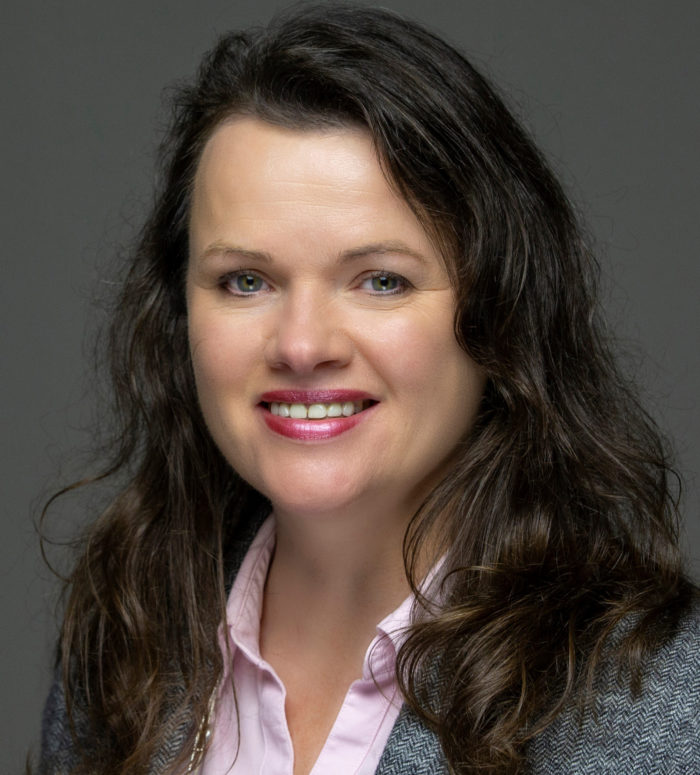 Receiving an award can often give the winner pause for thought, a moment to reflect on why it is they do the job. So it was for Jacqui Ferguson, a former winner of the Dame Helen Alexander One to Watch accolade at the NED Awards.

“Winning the award made me realise it’s really important for me to stand up, to speak out and to be a role model for other young aspiring non-executives, whether they are male or female,” says Ferguson.

Success at the awards came in 2018 followed by participation as a judge the following year. Ferguson’s CV speaks volumes about the reasons she walked away with top honours and underscores her role-model status. After 30 years in the tech industry she is a former chief executive of Hewlett Packard Enterprise Services, a business with a $3bn P&L and 10,000 employees. She also lived and worked in Silicon Valley for three years as chief of staff for Meg Whitman, Hewlett Packard’s CEO.

These days Ferguson is a non-executive with Wood, the engineering services giant, Tesco Bank, and the FTSE 100 speciality chemicals company Croda. Ferguson also serves as a trustee at EngineeringUK, a not-for-profit backed by the engineering institutions aimed at inspiring young people to join the profession, and as an advisory member of the First Minister’s Council for Women and Girls in Scotland.

The NED Awards 2020 offer seven categories, among them FTSE 100, FTSE ALL Share and FTSE AIM non-executive. There are also awards for non-executive at a private-equity backed business and in a not-for-profit or public services organisation. The set is completed by the Dame Helen Alexander NED to Watch Award and a Lifetime Achievement Award.

For Ferguson, one of the key developments in the boardroom is diversity, a value that provides the foundation for her belief that she stands as a role model to others. And while she is ready to laud recent progress in this area, Ferguson is also clear that there is more to do.

“The statistics on female CEOs have gone backwards, so we’ve got to work harder in this area”

“The Hampton-Alexander report has definitely helped move the needle, as will the Parker Review. But we’ve got a lot more progress to make with gender diversity and more broadly with ethnic diversity on boards.

“We’re not seeing enough women in chair positions. Those are power positions and while we see women in non-executive roles, we see few women in these top roles, whether it be chair of a committee or chairing the overall board.

“We have to see changes here because that helps encourage diversity in CEO and P&L business roles. The statistics on female CEOs have gone backwards, so we’ve got to work harder in this area.”

Diversity for Ferguson is not just a noble cause. It’s also part of the process of making companies more responsible, successful, profitable and agile; prepared for the current business landscape.

As she points out, boards are currently grappling with a host of big issues. On the global stage there are trade wars and the UK’s economic uncertainty due to Brexit. Then there is the speed at which technology is developing, and the demand for boards to come to terms with defining their corporate purpose and integrating sustainability into their calculations.

Sustainability, in the context of mounting pressure from climate crisis campaigners, “is an opportunity to be grasped” says Ferguson. Some shareholders are yet to buy into this agenda, she adds, but the “more thoughtful” investors are working on issues such as integrating UN Sustainability Goals into business objectives.

“People and talent will be critical to strategy in this context,” says Ferguson, “and keeping people high up the boardroom agenda is an important contribution to company performance.”

But what are the implications of the current business landscape for non-executive skills and qualities?

Technology experience, she suggests, is at a premium because it remains a young industry.

“We’re probably living through the fastest rate of change in technology we have ever seen in business. Disruption has become a major factor with companies disappearing and new companies emerging.”

That makes the strategic skillset of a non-executive ever more critical to the board.

“Being able to anticipate what’s coming around the corner and thinking strategically about how your company adapts is incredibly important,” says Ferguson, who quotes Charles Darwin’s insight that the species that survive are not the strongest or most intelligent but those “most adaptable to change”.

The NED Awards 2020, says Ferguson, are a key way of highlighting the talents of non-executives.

“Non-executives often go unnoticed. The awards are a great way to recognise the contribution they make to businesses and their ability to be successful for the long term.”

The Non-Executive Director Awards were established in 2006, by Peel Hunt, to recognise the achievements of non-executive directors who contribute daily to the success and growth of businesses and not-for-profit organisations across the UK. There are seven categories:

Further details of the NED Awards 2020 and how to nominate can be found at www.nedawards.co.uk. The closing date for nominations is 24 November 2019.