Psychological experiments suggest that secure leaders are more likely to seek counsel from peers, while insecure bosses prefer to ask an algorithm. What are the implications for leadership? 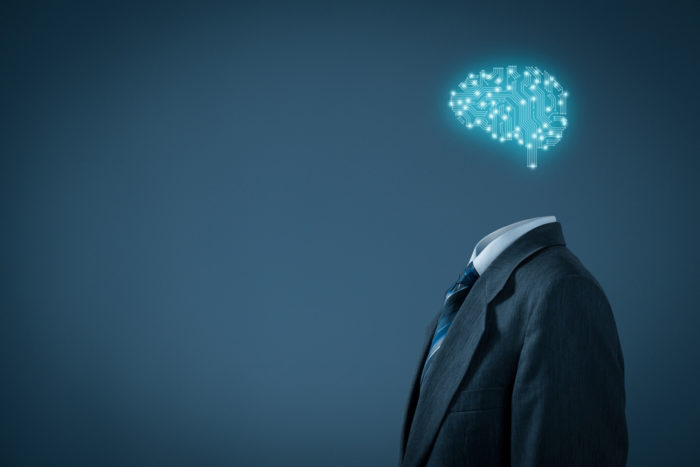 Boards are not just made to hold management to account; they’re also there to provide advice. Except, it seems, some leaders might prefer the counsel of machines rather than real people.

That’s the view one could conclude from an interesting piece of research conducted at the BI Norwegian Business School investigating the attitude of leaders to advice from others.

In the main study the students were asked to do two things: estimate the numbers of peas in a jar, and forecast price developments on the stock market.

“Insecure leaders are more willing to accept advice from the data algorithm as machines are not perceived as competing with them, unlike a human being”

When looking at the jar of peas, researchers found those students in a “stable” position—i.e., unlikely to lose their jobs—were more likely to take the advice of previous participants in the experiment.

When looking at stock prices, “unstable” subjects—those at risk of losing their jobs—were more likely to take the advice of a computer algorithm rather than turn to the expertise of previous participants in the exercise.

Seljeseth believes this may have significant implications for leadership: leaders insecure about their futures become trapped into rigid thinking, she concludes.

“They also feel at risk of being perceived as incapable or indecisive if they take advice from someone else,” says Seljeseth. “However, these insecure leaders are more willing to accept advice from the data algorithm as machines are not perceived as competing with them, unlike a human being,” she says.

In the age of big data and artificial intelligence, that may seem like the thing to do. Aren’t machines better at thinking? Seljeseth thinks not. “The big concern is that, as leaders have to constantly make decisions that are in the best interest of their organisations, better decisions are made by leaders who are open to advice and suggestions from others.”

Seljeseth even tested whether the source of the advice made any difference. When advice came from a “prominent” human expert stable leaders listened, while those in a “threatened” position remained reluctant to follow it.

Leadership expert Kieran Moynihan, managing partner at advisers Board Excellence, says the research tallies with some of his experience with boards on the thorny topic of whether they can formulate a “genuine partnership” where chief executives feel “very comfortable in balancing very high-quality challenge, debate and oversight from the non-executive directors,” as they offer “high value guidance and support at critical phases”.

Insecurities, he says, are problematic. “The idea of getting guidance from a machine is a lot more appealing as the machine is not reflecting back the weaknesses and insecurities that the CEO feels when they look across the board table at a non-executive who is engaging with them and in some cases seriously challenging their performance and decision-making.” The risk, Moynihan says, is that the chief executive retreats into a “bunker mentality”.

And the problem may be widespread. According to Sabine Dembkowski, managing partner at Better Boards, an advisory firm, developments in technology, current geopolitical risks and economic uncertainty all combine to create an environment in which “hardly any position is safe”.

It should be borne in mind that Seljeseth’s PHD is entitled The Inevitable Thucydides Trap? How Hierarchical Instability and Threat Influences Leaders’ Openness to Inputs from Others. The “trap” referred to here is the idea that when a rising power causes insecurity in another power, it results in war. Grim stuff, but with a parallel in business as change creates insecurity. Indeed, insecurity may be a sign of the times, in business, as much as anywhere else.

Dembkowski believes business leaders can fall into the trap of thinking “people issues” take up too much of their time and that consulting with peers is part of their problem, though more research might be needed to identify if this is true across a range of age groups, or more accurate for younger executives. “I would not be surprised if we see a difference,” says Dembkowski.

Most of all, however, Dembkowski points to the need for boardrooms to be places of “trust”. Top decision-making bodies need to be “safe places to be”.

“The importance of psychological safety in boardrooms and executive committees cannot be overstated,” she says. The best leaders, Dembkowski adds, use a “balanced approach” utilising both algorithms as well as advice from trusted human experts. But she also wonders how the mindset of business leaders can be changed at an earlier stage of their careers. After all, the students involved in the study appeared already caught in bunker thinking.

“It begs the question of what has to be changed in the curricula of business courses to create a different mindset.”