King IV’s “apply and explain” approach is resulting in the release of overwhelming amounts of information, which are obscuring—rather than highlighting—governance issues in South Africa. 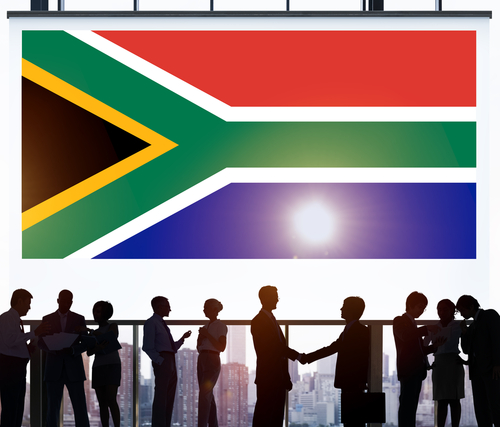 Disclosure is at the heart of corporate governance. To be effective, stakeholders must have access to the information needed to substantiate boardroom claims that the company adheres to governance standards. But it is the quality and not the quantity of information made available to stakeholders that is critical.

The overwhelming volume of information that has been generated in the wake of the 2017 introduction of the King IV code of corporate governance poses a significant threat to the effectiveness of a governance system based on oversight and requiring disclosure.

It is difficult to assess what has happened to levels of corporate governance since the release of King’s first set of recommendations in 1994. While widespread media reports on corporate failures and corruption do not encourage optimism, such reporting may itself be proof of progress. But it is indisputable that a large and powerful industry has grown up around the enforcement of corporate governance codes. Aspects of King IV, including its “apply and explain” approach, suggest it is the interests of this industry rather than of stakeholders that are paramount.

While the majority of listed companies in South Africa are committed to good corporate governance, the reality is that some use the governance code as an opportunity for little more than virtue signalling. This cynical approach is sometimes enabled by institutional shareholders, who either do not have the time or the inclination to look too closely at governance details of individual companies.

For them, claims of supporting the King Code are generally taken as evidence of good corporate governance.

This is a damning indictment of the governance industry that it has forced companies to devote increasing resources to the measurement and reporting of governance without giving stakeholders any greater certainty of the quality of that governance.

The launch of King IV has seen South African companies issue a slew of reports that provide boards with almost infinite opportunity for publicising “good” corporate behaviour without enabling readers to gain an accurate sense of the underlying governance substance. The cynical amongst us might suspect that this information overload is designed to discourage all but the most determined of stakeholders.

To make it worse, much of the content of the various reports is repetitive. Ironically, this “dumping” of information onto corporate websites can create a sense of disempowerment, as analysts fear they may have overlooked a crucial piece of information in an obscure section of the site. It is easier for analysts to accept headline claims that the principles of the King Code are entrenched in a company’s conduct as evidence of good corporate governance rather than wade through the reports to prove it.

The inevitable consequence will be cynicism and a distrust of the corporate sector. It is a consequence that South Africa cannot afford. A critical weakness in King IV is the “apply and explain” approach that underpins its implementation. This, combined with the wall of information being generated, makes it difficult not to suspect our governance system is being implemented for the benefit of the corporate governance industry rather than the corporate stakeholders.

It is time the Institute of Directors in Southern Africa scrapped the “apply and explain” approach and reverted to the “apply or explain” approach used by King III. The essential difference between King III and IV is that the former dealt with 75 principles and the latter just 17—one of which applies only to institutional investors.

The other 16 principles are bland statements with which nobody can quarrel. For example: “The governing board should lead ethically and effectively” and “The governing body should govern the ethics of the organisation in a way that supports the establishment of an ethical culture”.

Under King IV, companies are merely required to state that they apply these principles and explain how they are reflected in practice. Essentially, this means that no company’s corporate governance, as perceived by the company itself, would fall foul of the code.

King III used the more rigorous “apply or explain” method. This made it significantly easier for stakeholders to determine in what areas a company’s practices were not in step with the code and why the board thought it was appropriate.

With commission after commission unearthing corrupt dealings involving politicians, the corporate sector may currently feel it has the moral high ground. This will not last much longer. We need to be prepared. An essential first step is to change the “apply and explain” approach.