Research reveals the effect of increasing the average number of female directors on boards. 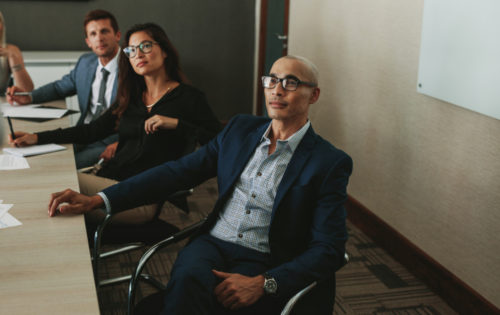 Increasing the average number of female directors on a board can increase company performance by more than a tenth, according to a study in Singapore.

The research, conducted by Lawrence Lo of the NUS Business School, used econometric methods to study the performance of female board directors.

Using Tobin’s Q ratio, Lo found that performance could be enhanced by 11.8%.

According to Bloomberg, Singapore’s Diversity Action Committee has data showing that women currently comprise 10.8% of directors among the state’s listed companies.

A belief in diversity has been established in many quarters of the business environment in the West. In May, Clare Payn, Legal and General Investment Management’s (LGIM) head of corporate governance in North America, wrote for Board Agenda that diversity brings economic benefits.

In 2017 LGIM increased voting against board chairs in the FTSE 350 based on poor diversity.

Payn wrote: “Indeed, during that year we voted against 37 board chairs or chairs of nomination committees of UK boards due to poor diversity—the highest number since we established this voting policy in 2015.

“We continue to vote against the chairs of the boards at FTSE 350 companies that show a lack of diversity. In 2013, we wrote a collaborative letter alongside other investors to 11 FTSE 350 companies to ask for a discussion on gender diversity at the board level. Four of these had all-male boards; today, none of them do.”

In February Catherine Banat of the Royal Bank of Canada, said in an article for Board Agenda: “The most important thing that needs to be done right now is to get as many corporate leaders to join the conversation as possible. At the heart of the fight for board diversity is the belief that a range of ideas, coming from a leadership team that reflects the composition of employees and customers, will lead to better decisions. This same idea should be applied to the task of facilitating diversity itself.”

Banat was responding to a survey which found that three quarters of investors in the US, Europe and Canada believe gender diversity on boards is important. She wrote that “hundreds of organisations and individuals are building an ecosystem to support companies that are actively promoting diversity—by mentoring female leaders, creating professional networks, holding events to celebrate success, and showing that diversity is tied to financial success and positive public relations.”