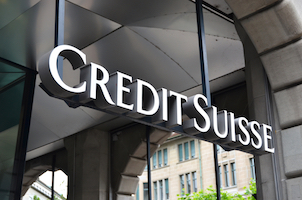 Credit Suisse Group has become the latest company to face opposition over pay for executives, according to reports.

The banking group has changed is executive pay scheme, but Bloomberg reports that investors remain unhappy with plans for “variable remuneration”.

According to Bloomberg, Credit Suisse faces opposition from Ethos, an advisor to Swiss pension funds, and zRating, another organisation advising Swiss shareholders.

Bloomberg reports that Ethos believes the recent changes to remuneration were driven by management rather than the board.

Credit Suisse told Bloomberg that Ethos is “out of touch with the widespread support we have received for our compensation report and other corporate governance matter”.

Credit Suisse has faced close scrutiny over pay in recent times. In March it was revealed that the pay of chief executive Tidjane Thiam has fallen in his third year leading the financial services group.

Last year the bank agreed to cut executive bonuses by up to 40%, a measure that encompassed cash bonuses for 2016, and share incentives schemes for 2017.