Research reveals a third of companies are preparing to address gender pay issues after going through the process of writing gender pay gap reports. 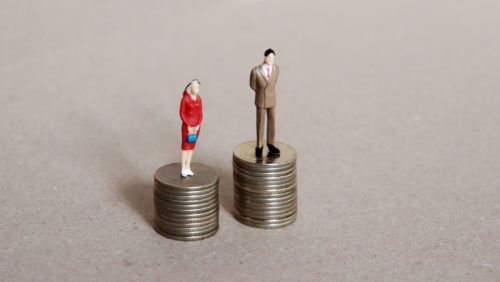 One in three organisations that have gone through the process of writing gender pay gap reports are also looking to confront pay imbalances, a survey has found.

The poll found that 32% of companies were “considering” action to address their gender pay issues, 28% were undertaking no action while 40% remained unsure of next steps.

Undertaken by ICSA: The Governance Institute, and recruitment specialist The Core Partnership, the survey also found that a little more than four out of five companies, 86%, were on course to meet the gender pay gap reporting deadline of 4 April. Around one in ten, 12%, said they were not ready for the deadline.

“Those industries which are typically more male dominated will doubtless find it more challenging to make changes than others.”

Peter Swabey, policy and research director at ICSA, said: “It is clear from the responses that while not all organisations have a gender pay gap on a grade or role basis, women are underrepresented at more senior levels which creates the overall gender pay differential.

“Those industries which are typically more male dominated will doubtless find it more challenging to make changes than others.

“The focus should be on getting more women into senior positions, and a wide range of initiatives covering recruitment, promotion, succession planning and retention ought to be considered.

“In particular, messages about equality of opportunity should be reinforced from the bottom up and considered in the context of wider diversity.”

The Financial Times recently reported that only a fraction of the companies expected to produce gender pay gap reports have so far done so. The paper said research revealed that of 9,000 organisations, only 1,442 had published reports.

The FT research found that the average gender pay gap among those companies that have so far reported it is 7.3%. However, Barclays International revealed a gap of 48% when reporting earlier this year, while Shell has published figures showing a gap of 22.2%.

ICSA said companies confronting gender pay issues were typically reviewing pay and talent pipeline planning, looking at flexible working conditions, diversity networks, mentoring and examining how women are promoted to higher-paid jobs. Some organisations are considering a mandatory female candidate on the shortlist for every vacancy.