Progress slows among the largest listed companies to achieve board gender diversity, while the broader leadership target extends to include all FTSE 350 companies. 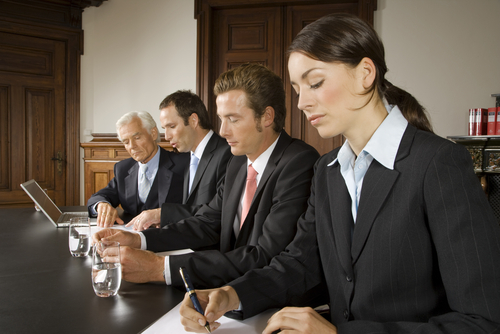 A target for gender diversity in FTSE 100 leadership teams has been extended to the next 250 largest listed companies.

Their review calls for the 33% target for women to be extended to FTSE 350 leadership teams—which comprise members of executive committees and senior leaders reporting into those committees. The previous target applied to both FTSE 100 and FTSE 350 boards, along with just FTSE 100 leadership teams.

“We look forward to hearing cogent reasons from companies that struggle to identify women with strong executive abilities,” said Sir Philip in his review statement. “We share the scepticism of those who also doubt that limited diversity is consistent with a meritocracy.”

The highest percentage of women in leadership positions is Next, with 47%, followed by Marks & Spencer and Morrisons.

Carolyn Fairbairn, CBI director-general, said that good progress had been made, “but their work is far from over”.

“Too much of the focus has been on the non-executives of listed firms, not the day-to-day leaders of our biggest businesses,” said Fairbairn.

“And at times of great change, it’s all too easy to let things to slip backwards. This must not be allowed to happen. Today’s report is a timely reminder of how far we still have to go to ensure capable women can progress from entry-level to senior management positions.”