The review of governance announced by Sports Direct has been removed from long-standing legal advisers RPC to ensure its independence. 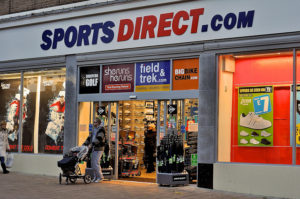 Sports Direct has announced it will push ahead with the election of a workers’ representative for its board while a corporate governance review will be undertaken independently.

At the beginning of September the company said the review was to be conducted by its law firm RPC. However, shareholder pressure has changed the company’s mind.

The review follows the public scandal over working conditions at one of its distribution centres following an investigation by The Guardian.

The company is yet to reveal who will undertake the governance review.

A statement from Sports Direct said: “Having given careful consideration to concerns raised by independent shareholders, facilitated by the Investor Forum, Sports Direct today announces that the forthcoming ‘360-degree’ review of working practices and corporate governance which was announced on 6 September 2016 and which was to be led by RPC will now be led by an independent party other than RPC.

“The board has made this decision after listening to shareholder feedback at the recent AGM/Open Day and during subsequent consultation with a number of the company’s long-standing shareholders via the Investor Forum.

“The board will continue constructive dialogue with the company’s independent shareholders in order to reach agreement regarding the specific nature and timing of the review.”

On an employee rep for the board, Sports Direct said the selection process would be “via democratic staff elections, in which it is anticipated that all staff directly engaged [with] or employed by Sports Direct may vote”. Details will follow in a further announcement.