Just hours before becoming the UK’s new prime minister, Theresa May proposes new governance measures including the appointment of employees and consumers to company boards. 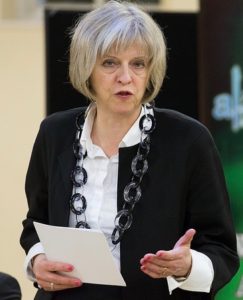 Theresa May, the UK’s newly appointed prime minister, has signalled that radical reform of corporate governance is among her priorities once she takes office at 10 Downing Street.

In an article for The Times May said she wanted to see “changes in the way that big business is governed” and said that employees and consumers would be represented on company boards.

She pledged to introduce binding shareholder votes on executive pay as well as full disclosure of bonus targets and pay multiples. She also stated her intention to ensure that executive incentives are aligned with the long-term interests of their companies.

“The people who run big businesses are supposed to be accountable to outsiders, to non-executive directors, who are supposed to ask the difficult questions, think about the long term and defend the interests of shareholders,” May wrote.

“In practice, they are often drawn from the same narrow social and professional circles as the executive team and the scrutiny they provide is often limited. If I’m prime minister, we’re going to change that — and we’re going to have not just consumers represented on company boards, but employees as well.”

She added: “That is not the only change I want to make. The FTSE is trading at about the same level as it was 18 years ago and it is nearly 10% below its peak. Yet, in the same period, executive pay has more than trebled and there is an unhealthy and growing gap between what these companies pay their work and what they pay their bosses.

“It is not anti-business to suggest that big business needs to change. Better governance will help these companies to take better decisions, for their own benefit and that of the company.”

But May stressed wider concerns: “We believe that each generation — of politicians, of business leaders, of us all — are custodians with a responsibility to pass on something better to the next generation.”

The article was published shortly before it became clear that May was the remaining candidate in the race to become leader of the Conservative Party and thus prime minister.

Business sources were quick to respond. Tim Thomas of manufacturers’ organisation, the EEF, told the Financial Times: “These items would not be at the top of businesses’ wish lists right now.”

The CBI called for consultation with business before proposals are implemented.

Meanwhile, Oliver Parry, of the Institute of Directors, is reported saying that public trust in big business is “near an all-time low”.