Two experts in leadership succession tackle the thorny problem of how to plan a successful transition from a founder CEO such as Jeff Bezos. 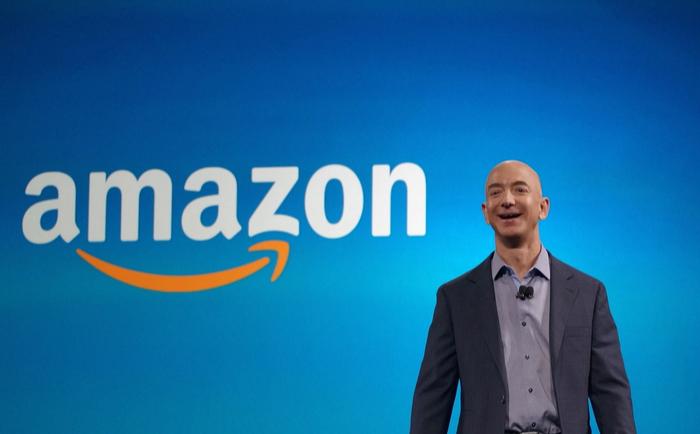 Switching from a founder CEO to a successor is not an easy transition to make. My experience as an academic who studies leadership, and someone who coaches CEOs, has shown me that there are a number of challenges associated with founder CEO succession.

When a founder CEO leaves, they leave a space that is impossible for an outsider to completely fill (nor do the founders always fully exit this space—even though they no longer hold the title). Because of this, there are four transitions that any company and its board need to be aware of.

Loyalty: It is important to understand the motivations of the senior team, and indeed the wider organisation. Many of them will have high degrees of loyalty to the founder and their way of running the business. Without careful attention, retaining senior leaders may be an issue.

Transitions of this nature are not always easy, as founder CEOs rarely disappear off into the sunset

Governance: It is frequently the case that when a founder leaves, a review of governance is needed. Even in large firms, a founder may play multiple roles, make a lot of decisions themselves or with a small group of people, and do so in a way that some may consider to be too informal.

Legacy: It is not uncommon for a number of issues to come to light when a CEO steps down. This is often more so when it is a founder CEO for the reasons mentioned above. Therefore, a sensitive review of the legacy they have left is important. Also, honouring the founder CEO is important in both formal and informal ways.

Future: What will be the role of the founder CEO? Will they retain a seat on the board? What shareholding will they have—will this be a controlling one or will it be major influence? What if any relationship will they have with the new CEO, and what implications will this have for how they lead? Will the CEO’s family be involved in anyway? In addition, the company needs to maintain a strong focus on its future. A strategy refresh or review is often needed to set the company on its future trajectory.

In summary, transitions of this nature are not always easy, as founder CEOs rarely disappear off into the sunset. A shift in energy, focus and culture can often be felt. Get the transition right and this can set the company up for its next chapter of success. Get it wrong and short-term and myopic thinking can prevent progress and sometimes, precipitate decline.

Anyone sitting in the overlapping area will be quick to recognise what we might call “The Alex Ferguson Problem”.

Sir Alex spent 26 spectacularly successful years as manager of Manchester United; since his departure, the club has employed four managers in seven years and added little to the trophy cabinet.

Amazon, the all-conquering US retailer which recently announced that founder CEO Jeff Bezos would be stepping down later this year in favour of becoming executive chair, now faces “The Alex Ferguson Problem” square in the face.

It is notoriously difficult to follow in the footsteps of a successful leader, especially if that individual is the founder. Maintaining peak performance while transferring the mantle of leadership is arguably harder than building a business in the first place.

Forward-looking boards can, however, take steps to minimise the risks of founder CEO succession. The key is to start well ahead of time. A thought-through succession plan may evolve over several years, with a chair telling the founder CEO that one measure of their success will be whether, when they leave, there is at least one credible internal successor.

Done well, CEO succession is a “painting the Forth Bridge” exercise that never really stops. Over-communication of the plan to the chief executive and the cadre of potential successors is vital.

Boards should ensure that potential internal candidates are identified early, allowing investment in the necessary development. Internal candidates should be stretched by making regular presentations to the board and taking a speaking part in capital markets days.

A formalised one-to-one mentoring relationship with an existing non-executive director can also be useful, as can encouraging and supporting them to take on an external non-executive position.

Aspiring chief executives can be given a project outside their normal executive responsibilities, such as leading the integration of an acquisition, overseeing an IT overhaul, or leading entry into a new market.

Boards can be reluctant to unsettle a successful founder CEO by suggesting that they may not be immortal. Central to taking the heat out of the succession discussion is to start it early and to hold it regularly. Most founders, after all, will be substantial shareholders and are likely to have a vested interest in success beyond their own tenure.