Research shows CEO turnover is higher in US firms than those in Europe and the UK, with 28% of US bosses departing after less than 36 months at the helm. 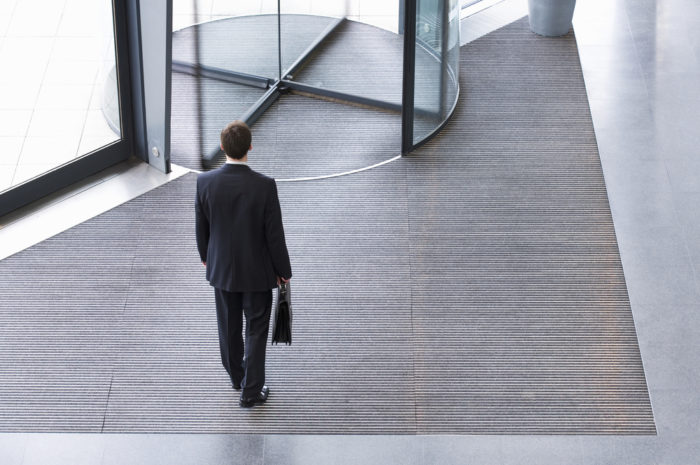 When Expedia’s chief executive Mark Okerstrom stepped aside over strategic disagreements in December, it came after just two years in charge.

By leaving after such a brief spell at the top he joined a significant leadership trend: the US beats both the UK and Europe in speed of CEO turnover.

According to new research, US companies are more likely to change their lead executives in under three years than companies in Europe and the UK.

The research, from shareholder advisory firm SquareWell Partners, reveals that 28% of US corporate leaders parted company with their employers in three years or less. European companies are more likely to offer patience to their lead executives: 29% of their departing leaders are in post for nine years or more, while only 8% exit after less than 36 months at the helm. The largest proportion of departing UK leaders served between six and nine years. Average tenure across all territories for a lead executive is a little shy of seven years.

In its report, looking at data for the 18 months to June this year, SquareWell describes the figures as “demonstrating the willingness of US boards to act more quickly in replacing a lead executive”.

Why US companies wave goodbye to problematic CEOs early is difficult to pin down because of the lack of evidence, according to Luca Giacalone, senior ESG analyst at SquareWell.

Recent commentary from academics at business school INSEAD, looking at leaders during the coronavirus crisis, says many chief executives overestimate their ability to cope with stress. Other commentaries focus on many leaders lacking “resilience” because they and their boards focus on short-term gains at the expense of long-term thinking.

That said, Giacalone notes that US corporates may face much more attention from activist investors. “As such, where there is an underperformance by the CEO, the board may be willing to let him/her go to avoid an activist approach,” he says.

The report also reveals that boards in all territories may be reluctant to air, or revisit, their dirty washing in public. Just 7% of moves are disclosed as formal “dismissals”, though SquareWell says its own analysis finds that 29% could be said to stem from poor performance, a scandal or strategic disagreement. According to disclosures, the most common reason for departure is “resignation”.

The period was notable for a clutch of uncomfortable departures for high-profile leaders. Steve Easterbrook, former CEO at McDonald’s Corporation, left the fast food chain after the board concluded he had “violated company policy and demonstrated poor judgment” over a relationship with a colleague. Birgitte Bonnesen, Swedbank’s one-time chief executive, moved on following a money laundering scandal and Jeff Fairburn, once CEO at housebuilder Persimmon, departed after heavy criticism of his remuneration.

When choosing replacements, boards and nominations committees tend to opt for candidates with no previous experience as lead executive. Only 12% of those appointed had once held the top job, with examples including BT’s Philip Jansen, ABB’s Björn Rosengren and Wells Fargo’s Charles Scharf.

Once again, evidence explaining this trend is in short supply, though Giacalone suggests one reason may be the legal and economic costs associated with hiring an outsider.

While CFOs were the most popular choice for interim roles, only 9% made it into the top job. Divisional or regional heads were most likely to be elevated at 38%.

Companies also appear uncomfortable disclosing their succession plans or appointment processes. Though two-thirds of all new appointments were internal, and only 10% were women, SquareWell found 81% of the companies they examined had “weak or no disclosures” for their succession arrangements.

An even larger 85% provided poor disclosure for their appointments procedure. SquareWell’s report says: “Strong disclosure should provide insight as to whether the board considered both internal and external candidates as well as give insight as to what type of profiles were sought.”

Succession planning, Giacalone says, has always been a sensitive topic, “traditionally surrounded in secrecy”. There are obvious market reasons why. However, the absence of disclosure may be for other reasons, such as not having a plan.

That’s sound advice. With so much at stake, chief executive appointments will always be tricky, even controversial. Now we know a little bit more about what’s happening behind the scenes.