Succession planning is fraught with difficulty at the best of times. But seeing Boris Johnson laid low is a stark reminder to boards of its importance. 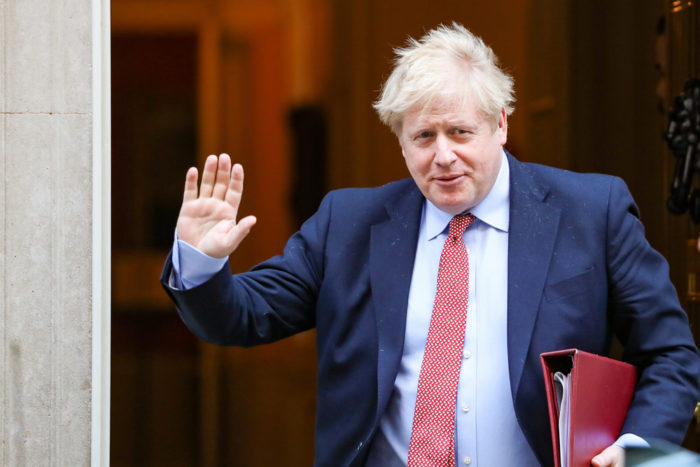 Boris Johnson’s hospitalisation and subsequent admission to intensive care prompted many questions about leadership of the UK while the prime minister was incapacitated. While his communications staff insisted he was head of the government, there was quite rightly some scrutiny of how power and accountability might be smoothly handed over, especially as the pandemic remains ongoing.

This also raises question for business and large organisations as they come to terms with a lockdown that has brought a screaming halt to the economy and normal trading. The fact is succession planning for a chief executive, or other senior managers, is fraught with difficulty at the best of times, never mind in the middle of a pandemic.

One expert told Board Agenda that only in recent weeks have they seen some boards take succession planning for the CEO seriously for the first time. That urgency has been amplified by the “genuine shock” of seeing Boris Johnson laid low.

According to Professor Andrew Kakabadse, professor of governance and leadership at Henley Business School, succession planning for both the CEO and chair roles come with the same problems.

“CEO succession has always been a vexed issued at times of crisis or not,” he says. “Understandably as this pivotal role profoundly impacts the organisation.”

The pandemic has presented many chief executives with a hard lesson, according to Kieran Moynihan, managing partner of leadership consultancy Board Excellence.

“Chief executives who would, in a number of cases, have resisted proper CEO succession planning have belatedly recognised that their board has a fundamental duty of care to the company, shareholders and stakeholders to ensure that at an extreme time of crisis for the company,” says Moynihan.

“There needs to be a rock-solid plan of either a current executive team member taking over the CEO role or, in some cases where the board genuinely feels that none of the existing team have the overall calibre to take over on an interim basis, that an existing board member with a strong CEO or executive background would step in.”

Change at the top

For Kakabadse, while identification of individuals as leaders may be a priority, a related issue is how other key personnel react to change at the top. A change in CEO may uncover previously unaddressed “dysfunctionalities”, and such a complication demands involvement from the chair. While appointment of the CEO may be a key job of the chair, the work does not stop there, especially in a crisis environment.

“The chair adds a distinct value post the appointment of the CEO. It is the chair’s mentoring and supportive facilitation across the senior managers that positively beds-in the new CEO,” he says.

“The chair adds a distinct value post the appointment of the CEO. It is the chair’s mentoring and supportive facilitation across the senior managers that positively beds-in the new CEO”

That may well be true but the current circumstances also bring their own unique challenges that a leadership contingency plan must address, some of them unpleasant to contemplate. Most “plans” confront the possibility of a CEO being incapacitated; they rarely deal with the possibility that an entire management cadre might wake up to find it is self-isolating or in treatment for the same illness.

According to Karen Meager, co-founder of leadership consultancy Monkey Puzzle: “Boris Johnson’s illness, plus so many businesses failing at the moment, will have brought the reality and probability of this home to many leaders now—the numbers and big names are too hard to ignore. It is beginning to sink in that they cannot put their heads in the sand and hope for the best as the consequences could be very dire indeed.”

Meager points out that companies in “innovative” sectors may be slower than others to prepare because they get by on less formal management structures.

But it is the prospect of a number of executives being taken out at once that presents the real problem. Kit Bingham, head of the chair and non-executive practice at headhunting firm Odgers Berndtson, points out that most companies have a “leader under a bus” response plan. But some have also been implementing measures to counter the risk of losing more than one key manager.

CEOs and chief financial officers may no longer meet face to face but communicate only remotely. The executive team may be split into “cells” that meet separately to reduce the risk of virus transmission. This is the corporate equivalent of ensuring the Queen and Prince Charles travel separately so the line of succession is guaranteed should there be an accident.

“I think some companies have been doing this for a few weeks now,” says Bingham.

“These are tricky things to think through, especially if the CEO is used to intuitively doing decision-making normally”

However, recent work by Odgers points to the issue of leadership being a deeper problem. Research with the Harvard Business Review found that only 15% of executives worldwide had confidence their business leaders could handle a disruptive event such as a pandemic, tech advances, shifting demographics or climate change.

That places the onus on recruiting leaders who are prepared to confront dramatic change and move on from old command and control management styles. Odgers says such a leader requires “humility” and the ability to work “collaboratively”.

But a contingency plan cannot just be about identifying people to take over key roles. According to Karen Meager, it must address the way decisions are made. For example, who might a CEO consult in the decision-making process; which decisions might require consensus; who might have a veto over certain issues?

The underlying issue here, as Meager sees it, is that while managers around a CEO may have spent time honing their skills at influencing a decision, they may be less skilled at assimilating information to implement a decision themselves.

“These are tricky things to think through, especially if the CEO is used to intuitively doing decision-making normally,” says Meager.