Other proposals include audit committee chairs being grilled at AGMs and a new statement of purpose to cement auditors’ public interest role. 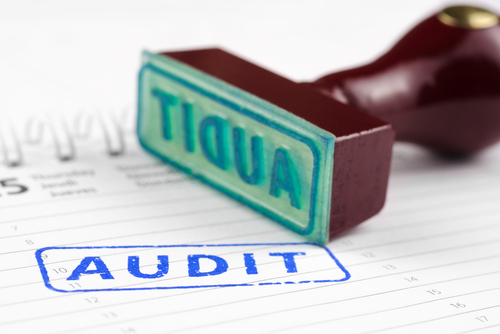 The long-standing “true and fair view” principle at the heart of accounting and auditing in the UK and many other jurisdictions could be changed following the government-commissioned Brydon review of auditing.

Sir Donald Brydon, who has been investigating audits as part of a government probe of the entire industry, recommends that “true and fair” be replaced by a new principle he says will bolster transparency in auditing and accounting as well as shore up the responsibility of company directors to produce reliable accounts.

Sir Donald also recommends extending the role of audit to cover fraud, and giving auditors a new statement of purpose that cements its public interest role. The report comes in the same week the Queen’s Speech confirmed the UK government intends to push ahead with reform to audit and corporate reporting.

The proposed new principle replacing “true and fair” is that companies should “present fairly, in all material respects.”

The Brydon review says the new principle is required because accounting “increasingly involves the use of estimates and judgments”, as well as the fact that audits aim at providing assurance that accounts are “free of material misstatements”.

Sir Donald says the word “true” in the principles for auditors and accounts is contributing to the perception of an “expectations gap” for audit.

In his report Sir Donald says the new principle will “increase clarity in financial reporting and auditing, and strengthen the obligation on directors to deliver high-quality accounts free from material errors and misstatements”.

Key to the principle is that it will allow company directors to “depart” from existing accounting standards “where justified” to “ensure fair presentation”.

As part of his wide-ranging review of audit, Sir Donald makes a number of new recommendations. They include that:

Sir Donald said the statement of purpose would “reflect and reinforce” audit as “public interest function that demonstrates more that just compliance with the laws and rules”.

One of the big issues for audits is the expectation that they uncover fraud. Sir Donald recommends company directors have a new reporting duty to disclose their actions to “prevent and detect material fraud”. Meanwhile, auditors should provide assurance on the directors’ fraud statement and disclose the “additional steps” they take to evaluate the fraud detection measures.

Sir Donald also wants to see a “clear separation” between individuals who negotiation audit fees and those that undertake the audit work, as well as publication by auditors of a raft of new information on profitability, and the hours spent on an audit by staff at different grades.

The Brydon review is the last of three major reports looking at audit, the audit market and its regulation. A report by Sir John Kingman recommended the replacement of the existing regulator, the Financial Reporting Council (FRC) with a new body, the Audit, Reporting and Governance Authority (ARGA), along with with substantial new powers. The Competition and Markets Authority recommended an operational split between audit services and and other services offered by the big firms, as well as proposing the introduction of joint audits that should include non-Big Four “challenger firms”.

Sir Donald has also recommended an “independent implementation review” in 2025 to monitor delivery of the recommendations in all three reports.

The Brydon review has been well-received by the industry. The Association of Chartered Certified Accountants (ACCA) said: “It is welcomed that Sir Donald has proposed a redefinition of audit to reflect the public interest. ACCA’s own research identifies a clear expectation gap between what the public expects from auditors and what the profession can deliver. The public has high expectations of the auditor’s responsibility in terms of fraud detection.

“We are pleased Sir Donald recognises that the successful reform of audit is also dependent on the implementation of reforms concerning the roles of directors and audit committees.”

The Institute of Chartered Accountants in England and Wales (ICAEW) said: “Sir Donald’s thorough report contains some bold proposals which could change the way the accountancy profession operates within the UK business landscape.

“We agree that audit urgently needs to keep pace with the needs, not just of investors, but of wider stakeholders in society, and we are long-standing advocates of proportionate and practical change to restore public trust.”

The existing audit regulator, the FRC, said it had already begun work on many of the recommendations made about its reform.

“The FRC will study Sir Donald Brydon’s report with interest. Many of his recommendations, if accepted by the government, will have significant implications for the FRC in respect of our activities and resource requirements,” a statement said.

The government has yet to legislate on any of the recommendations in any of the three reports. However, when Sir John Kingman complained in November of the government’s slow progress, the business secretary Andrea Leadsom said: “Together these studies will be the basis for long-lasting, proportionate and effective reform, many of which will require primary legislation.

“All must come together to form a strategically solid, coherent programme of change that will ensure meaningful, wide-reaching reform.”

It adds: “These proposals aim to improve public trust in business, following the three independent reviews commissioned in 2018. It will also help workers employed by a large company in future to know how resilient it is.”