Virtual board meetings are the new normal. But can performance be maintained at a distance—and will decision-making be effective? 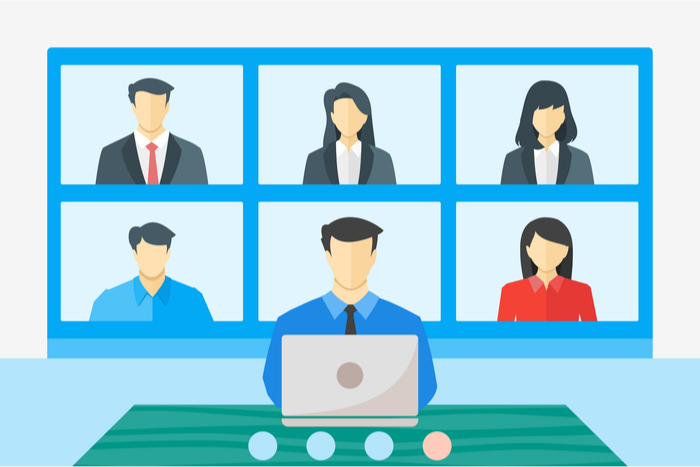 Helen Moulinos is the newly appointed chief executive of the national advocacy charity POhWER. Apart from the challenge of managing her new charge, Moulinos must also come to terms with getting to know her fellow board members via one of the many platforms that provide video meetings online.

Not for her the luxury of team-building exercises, lunches or away days; bonds must be built through the computer screen only. And while she is confident it will all come good the challenge comes with concerns about her board colleagues and team members.

“Will they be as forthcoming with me and open through the technology medium as they would face-to-face and in person? I wonder if video conferencing will create a barrier to human interaction and non-verbal cues one picks up in those early getting-to-know-you sessions,” Moulinos ponders.

Moulinos is undoubtedly in good company over her worries. Lost opportunities to workshop ideas in person and questions over making a brainstorming session work online with unfamiliar colleagues are among her other concerns and likely causing anxieties elsewhere too.

Moulinos’ predicament is one many new managers will be facing in a world changed by Covid-19 and highlights a critical issue for boards: can performance be maintained while being unable to enter the same room as your fellow board members? As management and on-executives turn to meeting via the internet, many may be wondering whether the technology will make up for the loss of face-to-face encounters? Will decision-making be effective? Will boards members be able to make themselves heard and have the influence their companies need?

Of course, video conferencing is not new. Indeed, experiments with the technology came early in the twentieth century. AT&T were conducting research on the tech in 1927, though its real use did not follow until the 1970s. A decade later and the computer revolution and then the introduction of mobile phones caused it to take off. A step change came with the launch of the first commercial webcam in 1994 called QuickCam, which Time magazine named as one of the top computer devices of all time in a 2010 poll.

Since then video and internet conference platforms have proliferated. The big tech firms have moved to ensure they each have a facility, though independents such as Zoom and Houseparty—an application mainly aimed at the youth market—have recently grabbed the headlines.

“Directors need to treat a visual meeting as seriously as an in-person meeting. Prepare, do the reading, come prepared to dialogue”

In an era of social distancing boards have little choice but to meet online. Experts point out that in a crisis, it will save time, and potentially enable more frequent gatherings as critical decisions arise. But does it affect performance?

According to corporate governance and board performance expert, Professor Richard Leblanc, face-to-face get togethers are not necessarily best, even for boards.

“There is an assumption that in-person is superior to visual, but that is because of the lack of development of the visual rather than an inherent superiority of in-person meetings,” says Leblanc.

Board members will need to become accustomed to frequent video meetings but there are ways of optimising its use at the personal level. “Directors need to treat a visual meeting as seriously as an in-person meeting. Prepare, do the reading, come prepared to dialogue,” says Leblanc. “Read the body language of your colleagues. Be engaged and do not multi-task. Visual meetings are all hands on deck.”

Companies may need to invest in the tech, especially in directors’ homes. But personal focus is critical. According to Kieran Moynihan, managing partner at advisory firm Board Excellence, poor boardroom practices during face-to-face meetings can be amplified on video. “Virtual board meetings need focused and disciplined board members: those prone to bad habits, such as reading emails on their handheld devices, can struggle.”

Like Leblanc, Moynihan places importance on the board chair coming to terms with the tech. Leblanc recommends chairs practice with technology to hone their video leadership skills.

Moynihan says: “It’s important to acknowledge the key role a board chair has in managing the board team and the extra practical challenges of keeping a board team optimally focused and effective over video. There have been some interesting interruptions of board members in mid-sentence by family members and pets during packed virtual meetings.”

Good boards will adapt, Moynihan adds, while others may struggle. Indeed, he says in his experience high-performing boards have “literally not missed a beat”.

As for Helen Moulinos, she remains optimistic the new world of virtual meetings with her chair and board of trustees will work. She places a priority on “proactively” developing those relationships to share “perspectives and welcome feedback”.

Her background studying online may have helped Moulinos prepare for a virtual work environment.  She also meets with her mentor in Los Angeles via video conferencing. In June Moulinos will speak on leadership at an online conference. She believes leaders should find ways of adapting their communications to the environment.

“Although I will be getting to know my board virtually for the first few months there are some excellent document sharing, video conferencing, work planning and workshop tools out there which will hopefully remove any barriers to collaborating,” she says. “Virtual and digital working is starting to feel like the new normal.”

board communication, board decision-making, board meetings, coronavirus, leadership, Technology