Recent media reports suggest the government is leaning towards shared audits as part of long-awaited market reforms—despite warnings against the move. 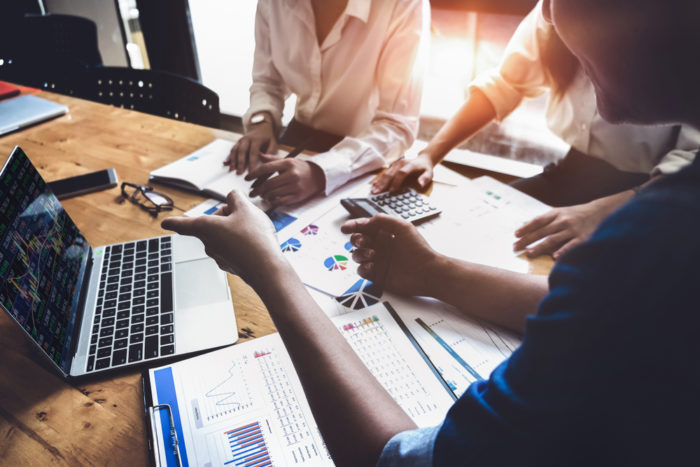 Is the government heading towards introducing shared audits for the UK biggest companies? That’s the suggestion made in The Sunday Times at the weekend.

It’s difficult to tell exactly what’s going on: all parties to reform of the audit market—government and regulators—remain tight lipped about discussions underway to set a course for reform. One thing is for sure: shared audits were specifically ruled out by the watchdog that took a microscope to the audit market and made recommendations for its transformation.

Indeed, the Competition and Markets Authority (CMA), in its April 2019 report, went to great pains to rule out “shared” audits over its near cousin the “joint” audit. Indeed, when the then business secretary, Greg Clark, launched a formal consultation on the proposals in September, there was no mention of shared audits.

It’s worth bearing in mind that the CMA found that the distinction between the two kinds of audit critical to the objective: increase the number of firms able to undertake the audits of large companies, and thus improve competition—and, as a result, the quality of audit.

Shared audits would see a single firm take responsibility and liability for the audit while at the same time handing a proportion of the work—a minimum of 30%—to a so-called “challenger” audit firm (outside the Big Four of PwC, EY, KPMG and Deloitte).

A “joint” audit would see two firms both take on the liability for the audit, once again with the same minimum threshold for the volume of work allocated to the firms.

Joint audit did receive objections. One challenger firm, BDO, feared joint audits could “lock in” the challenger firm to being a minority party. PwC worried about the “fragmentation of accountability”, while finance chiefs in the 100 Group, a club for FTSE 100 CFOs, worried about maintaining the quality and efficiency of audit under a joint system.

But the CMA detailed the case against shared audits. It said it doubted it would change the perception of “challenger” firms for audit committee members responsible for appointing auditors. Indeed, it said it was likely to “reinforce” the idea that auditors outside the Big Four “must be less capable”.

It was also argued that under a shared audit regime challenger firms would develop their ability and capacity “more slowly” because they would work only on narrow elements of an audit and “would not gain experience of working on more complex areas”.

A joint audit arrangement, said the CMA, would “provide challenger firms with experience of auditing all parts of companies”.

“Shared audit would result in the smaller firm being very clearly subsidiary to the bigger; it would be less effective in achieving resilience and choice in the market,” the CMA said.

“It would also present a risk to audit quality because the second auditor would not sign the audit report, and would not be jointly liable, as with joint audit.”

That’s shared audit thoroughly ruled out.  But the CMA did have some reservations. It concluded that it was not currently “feasible” for challenger firms to work on the audit of the “very largest companies in the FTSE 100, even on a joint basis”.  It recommended therefore, that joint audits only apply initially “for those companies which challenger firms have the current capacity and capability to joint audit”.

At the start of a new regime many companies would therefore be exempted, with the regulator to work out the specifics.  The CMA’s proposals were never intended as a short-term solution for problems in the audit market.  So how does that help us read the Sunday Times story?

Firstly, it could very well be that against the CMA’s advice and recommendations the department for business has dumped the idea of joint audit and is pushing ahead with a “shared” audit reform package. That will prompt complaints from many who have argued for significant reform, but it is not unknown for governments to bow to lobbying pressure and ignore the advice of its advisers.

What we do know is that when Sir Donald Brydon reported in December on the content of future of audits, he recommended a review of all audit reforms by 2025.  The CMA too has warned that it too will keep a close eye on reforms warning that it could revisit the topic if it is not satisfied.

In a statement for The Sunday Times it said: “We will judge the solution adopted by one overriding test: does it enable the smaller firms to gain experience of auditing large companies, and eventually challenge the dominance of the Big Four — increasing choice?

“If not, the CMA will revisit the question along with our review of the operational split, as stated in our final report into the sector.”

If shared audits do go ahead, it looks very much like they will not go unexamined; the CMA and the Brydon recommendation will potentially see to that. But it remains unclear what government policy will conclude. It would take some determination to ignore the CMA after all its work. We wait and see.