Relying on shareholders to make corporations more accountable is misguided. There are far more direct and effective measures available. 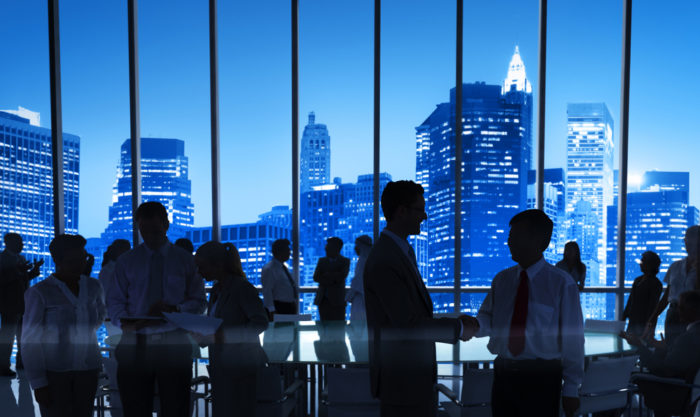 In the wake of systemic corporate misconduct scandals such as those brought to light in the Australian Banking Royal Commission, and issues such as income inequality and climate change, there are growing public demands for increased corporate accountability and less emphasis on shareholder returns.

Corporate governance reform has become a hot button political issue and big business is feeling nervous. “Social licence to operate” and “trust” are now popular buzzwords in board land.

While company annual general meetings (AGMs) have long been the forum for individual vocal and activist shareholders to embarrass boards, large shareholders are increasingly being criticised for not pressuring company boards enough to be more socially environmentally responsible.

But relying on shareholders to make corporations more accountable and socially responsible is misguided. There are far more direct and systemically effective measures available to do that.

What are institutional investors?

Large shareholders can be wealthy individuals and other corporations, but so-called institutional investors are now by far the most dominant shareholders in terms of total funds under management, and in most cases, voting power at corporate AGMs.

Institutional investors are a mix of commercial, state and not-for-profit entities such as investment banks, unit trusts, insurance companies, pension funds, hedge funds, sovereign wealth funds, and charitable organisations that invest on behalf of, or for the benefit of others.

Some institutional investors do have a record of advocacy on issues such as climate change. This activism, while laudable, is not a systemically effective solution

That’s why institutional investors are being pressured by high-profile shareholder activists, others in the wider community and politicians to be more active and exercise their voice to pressure boards on an increasingly diverse range of issues. This includes things like executive pay, carbon intensive investments and social issues.

Some institutional investors, such as the Rockefeller Foundation, do have a growing record of advocacy on important issues such as climate change. This activism, while laudable, is not a systemically effective solution.

Most shareholders, including institutional investors, remain largely uninterested unless they are being hurt financially. This is exemplified in the pattern of voting at Australian bank AGMs.

In the decade preceding the Banking Royal Commission, few institutional investors questioned why Australian banks were consistently among the most profitable in the world. Shareholders have only cared about runaway CEO salaries when things aren’t going their way.

Second, allowing greater shareholder voice will undermine the responsibilities and duties public companies and their directors already have. For example, the public interest duties of directors include ensuring corporations do not trade while insolvent.

What has to happen instead

Institutional shareholder activism is not likely to systemically improve governance and accountability because they’re primarily concerned with returns. And there’s no evidence they will consistently work together in ways that promote the wider community interest.

Instead what we really need is real corporate governance reform, better leadership from government and regulatory oversight.

What we really need is real corporate governance reform, better leadership from government and regulatory oversight

The Australian Prudential Regulation Authority is already re-emphasising directors’ duties in mitigating climate change risk. These duties should be strengthened rather than being undermined by unaccountable and un-elected institutional investors trying to exert greater influence which may or may not coincide with the public interest.

Finally, better regulation designed to directly address issues such as climate change, wage theft and inequality and more intense enforcement of those regulations will be much more effective than the theatre created by encouraging shareholder activism.