Pay attention to your personal “energy barometer” and restructure your life to focus on energy-boosting activities that will pay dividends at work and home. 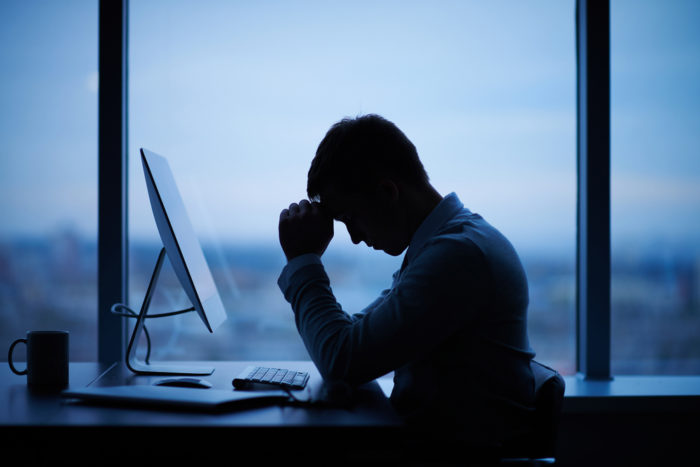 When I ran into Dirk, a banking CEO whom I had known for some time, I asked him why he looked so down. After a short silence, he responded with an avalanche of words. He had been feeling exhausted. At work, he had too many meetings, often with people he didn’t like. Given his position, Dirk felt his only option was to masquerade as a positive person. But it wore him out. He was also suffering from insomnia and the little sleep he managed to get was filled with nightmares. Clearly, Dirk wasn’t in very good mental shape.

I asked Dirk if he had ever used a diary to record his daily activities. Perhaps such a diary would illuminate what drained—and energised—him. He could even identify salient positive and negative themes on this self-created “energy barometer”. Awareness of the situations that affected him negatively would help him find ways to pre-empt them.

My encounter with Dirk made me consider the bad habits and situations that often drain our energy. They can beset all of us. But do we recognise the symptoms and are we willing to do something about them?

To find out more about what can zap energy, I have been asking the executives in my annual CEO seminar at INSEAD about the habits, situations or mind-sets that affect their mental health. The list was an interesting one.

Addiction to the internet and other passive media

Unsurprisingly, most of the executives complained about being addicted to the internet. Not only did the endless stream of communications stress them out, they also admitted that they spend a considerable amount of time on social media and other online activities, distracting them from their primary tasks. In the same vein, some said that they spend hours mindlessly watching television or streaming services.

Inability to master one’s own time

Many executives confessed that they were ineffective at setting priorities. They had a hard time deciding what was important and sticking to their schedule. They also had problems setting boundaries and felt their time was at the mercy of other people’s priorities. Interestingly enough, while some executives complained about a lack of structure in their lives, others said that their lives were overstructured – with little freedom to pursue energy-giving endeavours.

Some of the executives often felt like they were trying to please everybody. Yet an even greater number of executives succumbed to perfectionism. They were very tough on themselves and unable to accept the idea that they could make mistakes (as a way to grow and develop). Instead, some of them were masters at tormenting themselves, stressing over things they couldn’t control.

Another common complaint was having to deal with negative people. Some executives explained how exhausting it was to play the role of a “bin” in which everyone dumps their problems. Others noted they were oversensitive to certain people who knew how to push their buttons and were difficult to avoid, like a boss or a family member. This observation led some to realise that they had stayed too long in an unhappy relationship. Although it drained them, they didn’t necessarily know how to get out of it.

Given their constant pressures, many executives found themselves with poor eating habits. They ate too much fast food or ate excessively to soothe themselves. Indeed, quite a few of them had serious weight problems. Others told me that they self-medicated (e.g. by taking drugs and drinking excessively) to numb the pain of their taxing emotional labour.

Many executives shared that their workload and hectic business travel schedules made them prey to “hurry sickness”. Just like White Rabbit in Alice in Wonderland, they always felt frantic, like time was running out.

Frankly speaking, a number of executives admitted that many of their energy-draining activities served to avoid bigger issues in their lives. They preferred to resort to “manic defence”, a behaviour pattern whereby people try to distract themselves with a flurry of activities or by faking the opposite of the thoughts or feelings plaguing them. Some added that they had a tendency to bury unpleasant issues into mental “boxes”. Of course, these issues tend to resurface in uglier, even more energy-draining ways, at the most unexpected time.

Aside from sapping your energy, all the activities and situations mentioned take up the days, hours and minutes that could be devoted to invigorating ones. What does your “energy barometer” look like? Do some of the themes above resonate with you? If so, what are you doing about it? You could restructure your life to focus on energy-boosting activities, such as:

According to the executives, another major pastime that fell by the wayside was reading. It is a pity, as reading is an activity that can build empathy and comes with many other psychological and neurological benefits.

Aristotle wrote about eudaimonia, a concept referring to the “highest human good” and describing a life aimed at maximising happiness through virtue. A deeply meaningful life is achieved by engaging with others—family, friends and fellow citizens—in mutually beneficial activities. The Greek philosopher further drew a distinction between eudaimonia and hedonia, which is the pursuit of subjective wellbeing via the pleasures afforded by food, sex and social interactions. He suggested that both hedonic and eudaimonic pathways are crucial to living a happy, fulfilling life.

If wellbeing and happiness are eluding you, remember to put on your oxygen mask first before assisting others, just like you would on a plane in an emergency. In terms of energy, we must all take care of ourselves before we can take care of others. Martyrdom or always keeping up a brave front are not the way to go. There is nothing weak about being “less than perfect” and asking for help. Opening up about your unhappiness, as Dirk did, is the courageous first step towards replenishing your precious energy.