While climate change has dominated the agenda in recent years, a new UN treaty means human rights will require similar attention in the boardroom. 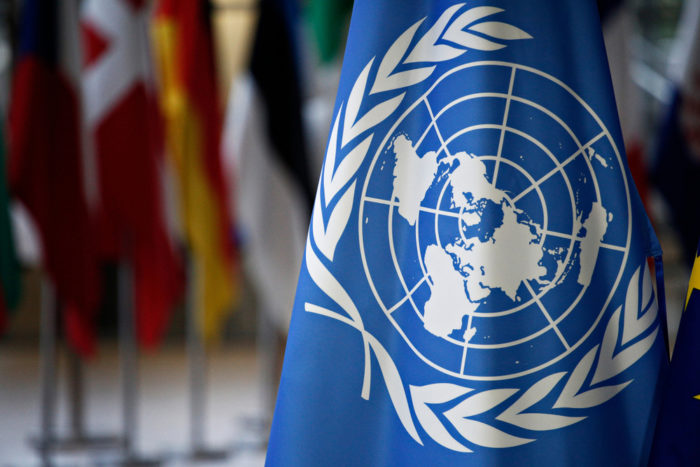 In recent week officials, diplomats and academics gathered at the United Nations in Geneva to debate the details of a new binding treaty on business and human rights. The details are yet to be agreed, but the treaty aims to ensure businesses respect human rights.

The negotiations are also a timely reminder that despite all the recent focus on the climate crisis, the UN has human rights at the top of its agenda and sees business as a key player in ensuring they are observed.

For many in business and finance, the current attention on climate may have overshadowed the role of business in safeguarding human rights. The topic was dominant back in 2011 when the UN endorsed the Guiding Principles on Business and Human Rights, but over the years they slipped from the headlines. The rise to prominence of Greta Thunberg, protests by Extinction Rebellion and the efforts of politicians, regulators and international bodies to place the environment at the heart of business and investment strategies have come to dominate the press.

But the UN’s deliberations prove that business could soon face further demands. According to John Morrison, chief executive of the Institute for Human Rights and Business, there are plenty of reasons why business should be paying attention to human rights as a boardroom concern.

Business and human rights is an inevitable discussion, according to Morrison. But, he says: “It is a discussion that can get submerged because of its inconvenience.”

The UN’s new treaty may make the issue unavoidable for big corporates. For Morrison there are already arguments for boardrooms to pay attention.

Firstly, the crisis in capitalism since the 2008 financial crisis has increased demands for corporate transparency. The “transparency agenda” has in turn produced the French Vigilance Law, which requires French companies to report on human rights in their supply chains. In the UK, laws introduced in 2015 mean companies must publish reports on activities to ensure modern slavery is not present in their business.

The turning point in this development will come if the European Union decides to move. Morrison says Europe is approaching a “tipping point” where these two legal innovations could be harmonised into EU-wide law. There is already discussion under way about mandatory supply chain due diligence. Not everyone is happy about the new responsibility it will give boards, but Morrison says the topic is “gaining traction”.

Next, the integration of climate change policies into financial services and the investment industry has reached its own tipping point, and human rights are an integral part of tacking the climate crisis.

Morrison then argues a point he says is counterintuitive. New trade deals are already including more protection for people. Morrison points out that the USMCA (the deal that replaces NAFTA) includes measures on indigenous peoples and gender that are stronger than the previous free trade agreement. The point is that trade, under Trump, is now weaponised—and human rights are part of the deal-making.

“Any idea that somehow, post-Brexit for example, we will be able to strip away social standards and human rights from trade negotiations is fallacious,” says Morrison.

Fourthly, demands for business accountability on human rights is intensifying. Negotiations at the UN over the new treaty are proof.

Lastly, Morrison speculates that while human rights is yet to get its “Greta Thunberg moment”, it could be coming. And it is likely to be over the issue of data and privacy—a hot topic among millennials.

“If a business doesn’t have a medium or long-term view,” says Morrison, “then it’s not likely to care much about human rights, other than purely in terms of immediate reputation. The longer-term boards have a longer-term strategy and are much more likely to think about these things.”

But that’s if the current preoccupation with climate can allow the space to have the discussion. Caroline Le Mestre, an expert on business ethics with consultancy GoodCorporation, says progress of the “S” in ESG (environmental, social and governance) issues has suffered because social issues that concern investors are harder to measure—a problem fund management engagement staff freely admit.

“It may be a lack of understanding,” says Le Mestre, “and we hope that will change soon.”

Le Mestre also adds a further driver for interest in human rights: recruitment and changes in employee expectations. “It is a big concern for corporations. Basically, companies that may not meet societal expectations will not attract young talent.”

NGOs are another big factor. While the extractive and energy industries may have been made fully aware of the human rights risk they face, campaign organisations are now looking to other industries, for example those that rely on palm oil.

According to Leo Martin, co-founder and director of GoodCorporation: “You suddenly find that companies that aren’t on the coalface themselves with labour, or a contractor army working for them doing stuff where there’s obviously a human rights risk, suddenly realise, ‘Crikey! There’s human rights problems right down my supply chain: suppliers of suppliers of suppliers. And I’ve got to worry about it because there’s a whole movement around responsible sourcing that is developing, not just in palm oil, but in a number of commodities’.”

The UN will continue its work on a binding treaty for business and human rights while the EU is likely to continue working to mandatory human rights due diligence. These will be big changes for companies with new responsibilities for boards. It would be worth getting ahead.