The public are losing faith in politicians to solve their problems and are increasingly looking to employers and business leaders to take a stand on societal issues, according to the latest Edelman Trust Barometer. 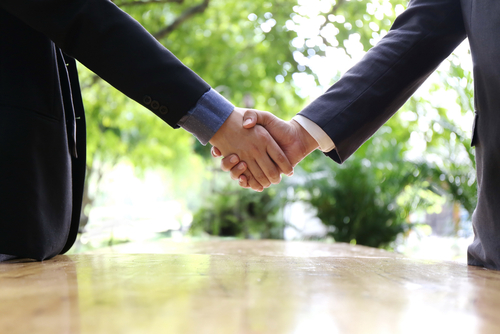 Big corporations have traditionally been seen as a bogeyman by people fighting for social and environmental change. But the latest annual Edelman Trust Barometer, which researched 33,000 citizens across 27 global markets, found that three-quarters trust their employer “to do what is right”, ahead of non-governmental organisations (57%), business (56%), and media (47%). Some 76% expect CEOs to take a stand on challenging issues.

So what is going on? The research finds that a lack of trust in major institutions is particularly strong among the general public—at 49%—while the informed public (college educated, in top 25% of household income per age group/market, high media and public policy engagement) holds a much higher trust threshold at 65%.

Concerns about job losses, becoming poorer in real terms, and a lack of faith in politicians to drive change has led to other developments. The consumption and sharing of news from traditional media has seen a dramatic return to fortunes, as the public steer away from their faith in social media to present the facts.

Ultimately, as the public search for trust, they are looking locally first. Employees expect prospective employers to take action on societal issues (67%), which is nearly as high as personal empowerment (74%) and career development (80%). Some six in ten look to their employer as a trustworthy source of information on contentious social problems and on the economy and technology.

“It’s a continuation of lots of different themes, but links back to the key finding around trust becoming local,” says Louise Turner, head of Edelman Intelligence UK and Ireland.

“When people don’t trust government they hope business will step up to fill the vacuum. It’s a result of different dynamics occurring, and insights around different types of change: equal pay; eliminating discrimination; also, the wider world of data protection and fake news, wider societal issues.

“They are talking about trust being local because then trust can be more controlled, and there are lots of expectations… with the CEO as spearhead.”

But leading on change as a CEO isn’t about omnipotence and “knowing everything”. In fact, it’s the opposite. In the words of Edelman CEO Richard Edelman, it’s a “fundamental rebalancing of the employee/employer relationship, shifting from top-down control to one that emphasises employee empowerment”. 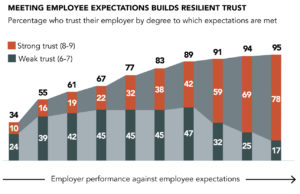 This includes providing employees with fact-based information about the issues of the day; and giving employees a voice through your own channels. Multinationals must try to look at the local communities in which they operate, and be a part of the solution to education, inequality or infrastructure problems.

CEOs must also make a “personal commitment” to issues such as diversity and inclusion, effectively outside of the workplace.

“In a full employment economy, an employee has more freedom to choose the kind of workplace they are now coming to expect, one where values and the power to make change are a given,” Edelman adds.

But is there a danger that CEOs looking to weigh in on broader political and social issues will be detrimental to either their company’s performance or its governance? There is certainly a long list of figureheads “going rogue”, and damaging their business through their personal actions. How can that be mitigated?

There are three things Edelman talks about when referring to the “right communication”, explains Louise Turner. “Firstly, it should be linked to a company’s vision and purpose, that it lands and is relevant. You’re not there to talk about anything and everything.

“Secondly, demonstrate ‘what they are’ by affecting change within their remit and relevant to company’s contribution. And it must be authentic: not a prepared speech full of acronyms. Doing so in a way that connects to the public and user groups.”

Finally, people want to hear from other key employees—not just the executive team.

“Many businesses have technical experts and they can be trusted as credible spokespeople as much as a CEO. There are ways to get it wrong but, if undertaken the right way, it can speak to the public’s desire for change.”