New laws and policy instruments show that investors, policymakers and companies are recognising the “imperative of responsible investing”, says CEO. 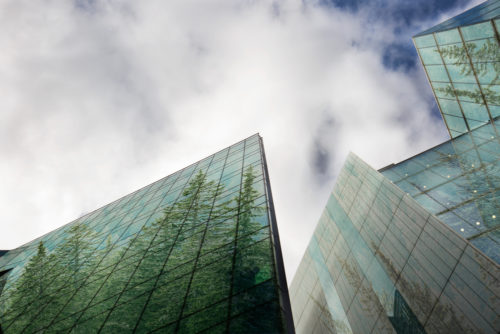 The world’s 50 largest economies have put in place more than 500 policy instruments and 730 hard and soft law revisions to back investors in using “long-term value drivers”, including ESG factors, according to a white paper from Principles for Responsible Investment (PRI).

It argues that more policy measures are inevitable, and that countries are moving away from “sporadic” green policies to “comprehensive national sustainable finance strategies”.

Speaking from PRI’s conference in Paris this week, chief executive Fiona Reynolds said the white paper shone a light on new trends in financial policymaking and indicated that investors, policymakers and companies had recognised the “imperative of responsible investing”.

“Our rapidly growing network of signatories is becoming more involved in the policymaking process in order to encourage and shape sustainable finance policy around the world,” said Reynolds.

PRI found 80 new policy instruments introduced across the 50 countries so far in 2019, showing that policymakers had responded to the “urgency” of sustainability issues.

Policymakers, the white paper says, “increasingly recognise that decisions made in the financial system influence the sustainability of the real economy and may even undermine progress towards environmental and social goals”.

Since 2016, acceleration of more ESG investment policies had been driven by the EU’s Action Plan on Sustainable Finance and updates to corporate governance and reporting requirements across Asia.

Multinational organisations, including the OECD, IOSCO, IOPS, the G7 and G20, have played a part by issuing ESG guidance.

PRI cites France as a key example of change in policy. In 2001 the country introduced the Loi sur les Nouvelles Regulations Economiques (New Economic Regulations Law). But the policymaking continued at regular intervals all the way up to this year’s Loi Energie et Climat (Energy and Climate Law) and the Lois Plan d’Action pour la Croissance et la Transformation des Enterprise (the Action Plan for Business Growth and Transformation).

US lags on ESG

However, PRI notes that not all countries have pushed hard to form policy in favour of ESG principles, and identifies the US as an outlier.

“Recent policy pronouncements by the Securities and Exchange Commission create new impediments for active ownership by investors in US companies and the SEC had also announced plans to propose rule change later this year that are likely to further undermine investors’ rights.”

This stands in contrast to China, according to the white paper, where a group of government agencies combined to issue guidelines for building a green financial system.

State intervention on a national scale is a “significant driver” of change, the paper says.

“These strategies are significant because they contain substantive policy reform. But they also require policymakers to set out, often for the first time, how they understand the relationship between sustainability and finance, and the role finance is expected to play in addresses critical sustainability issues.”

And there is more policymaking on the way, adds the white paper, not least because, so far, global government action has failed to arrest the climate crisis. This means that “…as the realities of climate change become increasingly apparent, it is inevitable that governments will be forced to act more decisively than they have so far”.