While many organisations see mandatory ESG reporting as essential for the future of Hong Kong’s markets, others argue they are too expensive or undermined by a lack of standardisation. 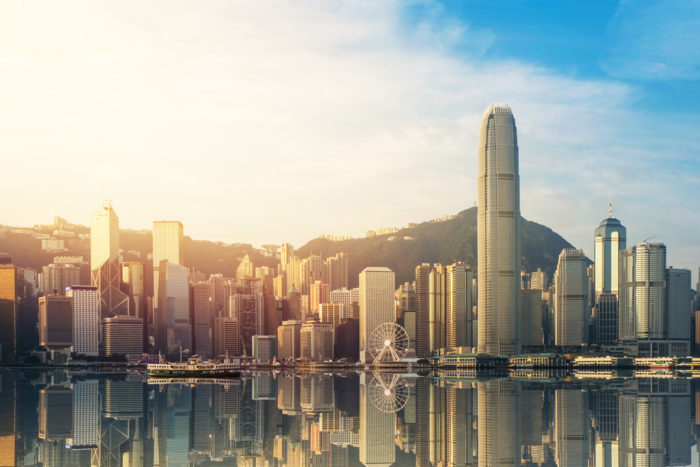 While protests over Hong Kong’s political future make headlines around the world, there is another much quieter battle going on behind the scenes over the future of the territory’s corporate governance: namely, whether listed companies should face mandatory ESG reporting requirements.

The debate—polarised between those who see them as essential for the future of Hong Kong’s markets and those who believe they are too expensive or undermined by a lack of standardisation—was given fresh legs this week with a letter in the Financial Times from the special administrative region’s Business Environment Council (BEC), a sustainability campaign group.

The letter took issue with previous reports and argues that far from objecting to mandatory ESG reporting, many Hong Kong companies are, in fact, in favour.

“As with any jurisdiction, the appreciation of the strategic value of ESG varies but, generally, Hong Kong companies are on board,” they wrote.

“The forerunners recognise the role of ESG disclosure as a primary source of reliable data for investors to discern director and senior management actions to protect shareholder value and attract capital while addressing increased uncertainty arising from ESG-related risks.”

While the BEC is upbeat about the attitude of companies, it remains true that some organisations pushed back hard against mandatory ESG reporting after it was proposed by Hong Kong Exchange (HKEX) in May.

Indeed, when the Chamber of Hong Kong Listed Companies responded to a consultation, it did so emphatically. The chamber believes “voluntary” reporting is fine for companies where it is relevant, but mandatory reporting is a step too far. It listed cost and the unreliability of ESG standards as the main reason for its objection, writing: “…let’s not forget fulfilling disclosure requirements and committing to actions is altogether a costly and time-consuming process, requiring much management effort. Issuers should be convinced the benefits would justify the work.”

And on the idea that ESG reporting would allow for comparison between corporate, it argued that “companies may apply different methodologies to calculate and measure their performances”.

It added: “Given a globally accepted standard for measuring environmental aspects is yet to be identified and recognised, it is premature to introduce MDR [mandatory reporting requirements].”

While it remains difficult to know how many of its members are in tune with the chamber’s views, it should be noted that the general direction of travel is for increased sustainability. Indeed, guidance on disclosures have been made available by Hong Kong’s market regulator, the Securities and Futures Commission, while the territory’s central bank, the Hong Kong Monetary Authority, has tabled goals for green finance.

“In general, … we believe that the proposed amendments do not go far enough and will leave Hong Kong well behind leading practice in other regional markets and globally,” ACGA’s secretary general Jamie Allen wrote in a letter to HKEX.

He argued that ESG or sustainability reporting has progressed significantly in other countries, while Hong Kong’s change was “incremental”. According to Allen: “Something more innovative and internationally minded is needed for an international financial centre such as Hong Kong.”

The ACGA also worries that Hong Kong’s boardrooms are somewhat distanced from their own sustainability strategies. Allen noted that past research by the ACGA found that “was the lack of any reference to the role of the board in this process. Indeed, it is apparent that many boards are not reading their own sustainability reports, nor discussing material ESG risks and opportunities in any detail.”

Observers are watching developments in Hong Kong closely. Jonathan Labrey, chief strategy officer with the International Integrated Reporting Council, a provider and campaign group for one particular style of sustainability reporting, says mitigating the risks of climate change is not just about reporting, but also about companies coming to terms with the “depth of thought, management, understanding and strategic direction,” needed at the top of organisations to ensure they are “stewards over the resources and relationships” they use.

Labrey welcomed the push from Hong Kong regulators for change. “The urgency with which we need to tackle climate change is undeniable,” he says. And that inevitably means “ensuring companies disclose robust, comparable and usable data”.

The territory has had corporate governance controversy before. The territory saw intense debate about proposals to introduce dual-class shares, principally to attract China’s tech giants.

Many commentators worry that Hong Kong’s markets could slip behind Singapore in the competition for new listings. The current political turmoil won’t help that cause, nor will worries that the economy is about to see a significant downturn. Getting the corporate governance right could be at least one point of stability in a gathering storm.