The German government is under pressure from groups including Oxfam and Friends of the Earth to introduce new legislation regarding global supply chains. 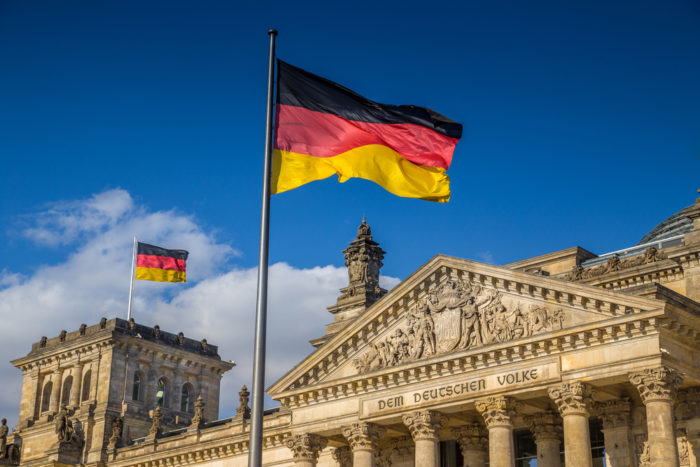 German companies face calls for a new supply chain law designed to protect against environmental and human rights abuses in the production of the goods and services they buy.

This week a coalition of 50 pressure groups and civil society organisations—including Oxfam, Friends of the Earth and the German Trades Union Confederation—has called on Angela Merkel’s government to introduce a law requiring the country’s companies to uphold environmental and human rights standards wherever they do business in the world. And that means supply chains.

This should come as no surprise. Germany has a culture of campaigning on environmental and humanitarian issues. Plus the agreement between the current coalition partners—the conservative CDU and CSU and left-wing SPD—already includes a pledge to introduce laws on human rights protection in German supply chains.

But the new call seeks a supply chain law by 2020. That is an accelerated timetable and time is pressing. The next set of elections are due in 2021, meaning the current government will need to make progress fast.

According to Johanna Kusch, a spokesperson for the Initiative Lieferkettengesetz (Supply Chain Law Initiative), voluntary supply chain rules are not enough.

“Time and again, we hear reports of burning factories, exploitative child labour and devastated rainforests. It all goes to show that German companies are not going to voluntarily comply with their obligations.” What’s needed, she says, is a legal framework compelling companies to check on the behaviour of their business associates overseas.

The issue has become a hot topic in Germany. In 2012 a fire ripped through the Ali Enterprises clothing factory in Pakistan killing 255 workers, a facility that supplied the German high-street brand KiK. Meanwhile, German technical firm TÜV Süd has become embroiled in controversy surrounding certification of the Brumadinho dam in Brazil, which collapsed in January this year killing almost 300 people.

There is plenty of encouragement to take voluntary action on supply chains. The OECD’s Guidelines for Multinational Companies and the UN’s Global Compact both offer principles and standards for use in supply chain management.

In the European Union, the Action Plan on Sustainable Finance floated the idea of mandatory rules that would require disclosure of policies for supply chain due diligence. However, MEPs have since asked the Commission to introduce rules for mandatory supply chain checks, while a study has been commissioned to examine the options and the likely impact on business.

Not everyone sees mandatory obligations as a good idea. EcoDa, the European Confederation of Directors Associations, has argued that due diligence in supply chains could be counterproductive. Indeed, the organisation has claimed that enforcing due diligence could turn board directors into “legal departments”, distracting them from the essential work of ensuring sustainability.

Writing in Board Agenda, Béatrice Richez-Baum, director general of ecoDa, said that boards must “set the tone” but argued such a supply chain law would lead to “heavy bureaucratic procedures”. She added: “Any EU-level regulation of this matter should be confined to voluntary guidelines which should be developed in close cooperation with the companies concerned and be fully in line with already existing frameworks.”

If EU lawmakers are wavering, some believe events in Germany may have an influence. Juliane Kippenberg, associate director at Human Rights Watch, notes that German politicians will soon have much greater influence over EU policy. She wrote in a recent blog post that “German law could prove a positive influence across the European Union”.

“Germany will have the EU presidency in the second half of 2020 and would be in a great position to help pave the way for EU-wide mandatory due diligence, ensuring strong, rights respecting business practices in many more countries.” After all, why would German politicians give their own companies new obligations and ignore the opportunity to level the playing field across Europe.

Companies across the EU should keep a careful eye on developments. The supply chain discussion is now a fixture of the human rights narrative—and further rules and regulation are highly likely.