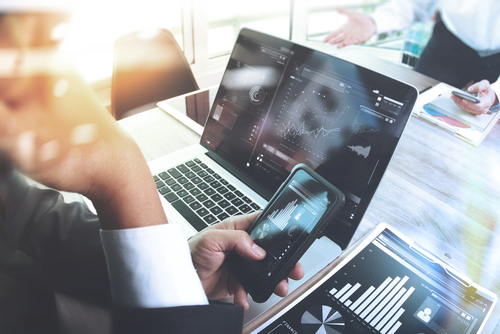 The first ever female chief executive of online trading platform IG has been appointed. June Felix, who most recently headed up Verifone’s European and Russian business, takes on the role following “an extensive succession planning process” that included both Russell Reynolds and Korn Ferry as headhunters.

Felix has previously held senior roles at Citibank, IBM and at Booz, Allen & Hamilton. She has served as a non-executive director at IG since 2015.

Chairman Andy Green described her as having both “a deep understanding of the business” and “broad experience”. Peter Hetherington left the CEO role at the start of the month.

Professor Sir John Bell has stepped down as chairman of the clinical AI technology company, which analyses anonymised patient datasets. He leaves the role to avoid any conflict of interest that might arise in his position of advising the UK government on  the life sciences industrial strategy.

Charles Swingland takes on the role from professor Bell on an interim basis until a replacement is found.

Lord Drayson, its CEO, said Sensyne was “committed to transparency and good corporate governance so we understand his decision to step away”.

Mark Willis is to join Pendragon as CFO, having served in the same role at Ten Entertainment.

Ten Entertainment said that Willis will serve a six-month notice period, with the search for a “high-quality successor” to begin.

“Whilst we are disappointed that Mark has decided to leave the company, we respect his decision to join a much larger company,” said Ten chairman Nick Basing. “The board wishes to extend its gratitude to Mark for his hard work and contribution to Ten Entertainment.”