Michael Herskovich, head of corporate governance at BNP Paribas Asset Management, tells Board Agenda how sustainability is central to its values, and why it is engaging with others to follow suit. 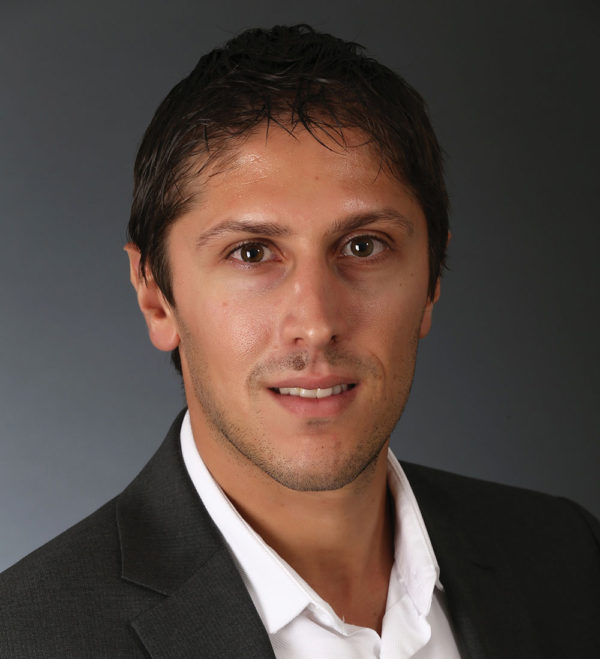 While other asset managers may make bigger headlines, BNP Paribas Asset Management’s record on integrating social and environmental factors into their decision-making makes others look like latecomers to the party.

The French investment company has had ESG (environmental, social and governance) analysts since 2002, a record that makes them something of a pathfinder when it comes to incorporating current concerns into their investments.

Sustainability “permeates” all areas of the business, not just as a nice thing to have, but as a driver for the way the company does business.

And at the centre of that process is Michael Herskovich, a Frenchman who now heads corporate governance in BNP Paribas’ SRI (socially responsible investing)/ESG research team.

“The key element in our philosophy is to combine and include environmental, social and governance issues in our engagement behaviour,” declares Herskovich in a conversation with Board Agenda about the asset manager’s approach to companies and the changes he has seen over recent years.

He adds, emphatically, that BNP Paribas has a clear focus on companies incorporating best practice on ESG and being as “long term as possible” in their approach.

In post since 2009, Herskovich has been part of the company’s governance as it not only consolidated its emphasis on ESG, but re-emphasised sustainability through structural change. Last year, under the relatively new chief executive Frédéric Janbon, the investment company created a sustainability centre under which now sits the four investment units: private debt and real assets, fixed and multi-asset, equities and quantitive solutions.

The underlying reason for the restructuring is to ensure that sustainability principles are integrated into all the underlying investment processes, a fact that indicates BNP Paribas takes its sustainability credentials and reputation very seriously indeed. As one staff member described it, sustainability “permeates” all areas of the business, not just as a nice thing to have, but as a driver for the way the company does business.

“The overall idea is that sustainability is embedded everywhere in the organisation,” explains Herskovich.

And that is significant. The asset manager has €569bn (£5.5bn or $690bn) under management, and operates in 30 countries with around 700 investment professionals. It’s not the biggest investment manager out there, but it is certainly chunky, with a lot of clout among investee companies.

Herskovich illustrates the point about sustainability being everywhere with an example. He describes how the asset manager itself applies a climate change strategy, which includes publishing the company’s own carbon footprint on its website. The policy attitude to carbon production is then woven into its voting policy.

Herskovich says that BNP could vote against a company’s financial statements, or even a board nomination, if it considers the board has failed to disclose its carbon footprint, or delivered an unconvincing strategy for moving towards “a 2ºC world” (the ceiling for an average global temperature rise above pre-industrial levels agreed by the Paris climate agreement).

When the subject of boardroom expertise comes up, Herskovich naturally turns to competency in corporate social responsibility (CSR) as a big issue for engagement.

This means that BNP is using its muscle, not only to make a profit but also to lean on companies to function sustainably.

“We use the leverage we have through voting activity to incorporate and send a message on climate change,” says Herskovich, who emphasises that while it is fine to have the right thinking on sustainability, it’s even more important to practice what you preach.

To that end, he also makes clear that BNP Paribas always votes in favour of “Aiming for A” resolutions, the campaign founded to improve climate-change disclosures. That means the asset manager also wants companies to look closely at the recommendations from the G20 Task Force on Climate-related Financial Disclosures, and incorporate them into their reporting. Herskovich resists saying the disclosures should be mandatory, but he’s open to the possibility.

Overall, Herskovich sees the climate-change trend among corporates as positive, but with a lot of room for improvement. “Clearly, we are seeing great progress, and some companies that are not taking it as seriously.” That, he suggests, may mean companies in general are not moving speedily enough on a subject on which the world needs to act fast. That said, he stands by the view that, pace aside, company policy is generally moving in a healthy way.

When the subject of boardroom expertise comes up, Herskovich naturally turns to competency in corporate social responsibility (CSR) as a big issue for engagement. “One of our key priorities,” he states.

BNP is not alone in being concerned about boardroom competency. A survey by the governance advisors Morrow Sodali earlier this year revealed that skills in the boardroom are high on the engagement agenda for a majority of investors. A close second is climate change. That means that boardroom knowledge of CSR, or sustainability and climate change implications, is at a premium.

What Herskovich wants is for boards to map out and publish their own skills matrix for the board. Producing such a report gives companies the opportunity to consider the expertise they need in the boardroom and whether there are any gaps. Secondly, and more important for an investment manager, it offers an opportunity for scrutiny.

He illustrates the point with the example of BNP Paribas having already challenged one board with a good track record for CSR about missing boardroom skills on the subject. A matrix, Herskovich says, is “quite a powerful tool in our engagement phase because when you have companies that have a matrix, you can start to challenge on their competencies.”

This focus on the boardroom takes in other concerns, not least the structure of engagement. This is the big difference Herskovich sees between working with boards in the UK and on the continent. In the UK, he observes, investment managers can count on direct contact with board directors. That is not the case in France, for example, but things are changing.

In Germany, recent revisions of the country’s governance code calls on supervisory board chairs to lead investor engagement. France has yet to see a formal change in the code, but companies are slowly but surely changing their practices. In the three months to March, BNP Paribas engaged with ten French directors, more than in the last five years, says Herskovich. “So you get a sense of the evolution in this,” he adds.

One of the reasons for this state of affairs, he explains, is that historically, boards on continental Europe have been quite weak compared with those in Britain. And this may be because chair and CEO roles are less likely to be separated, especially in France and Spain where most blue-chip companies still combine the two top jobs.

Things are changing though, mostly with the introduction of lead independent directors. This has come about in France largely to provide a counter to powerful boardroom chairs/CEOs, not as a contact for shareholders. However, Herskovich sees the role as getting the board more involved in decision-making and more ready to open up to investors.

“Clearly it is a great improvement,” says Herskovich, “because you’re speaking to the people that make the calls on governance.”

As access to chairmen and independent directors improves, portfolio managers become more willing to be involved in the engagement process rather than simply leaving it to the governance team.

And as board behaviour changes, so does the approach of investors. According to Herskovich, as access to chairmen and independent directors improves, portfolio managers become more willing to be involved in the engagement process rather than simply leaving it to the governance team. That will inevitably make for a different kind of engagement conversation, and a different kind of challenge.

And if there’s one place investors have been challenging it is on executive pay. In the end, little of our conversation is taken up by pay (a surprise, given how pay dominates governance discourse in Britain) though Herskovich does remark there is a positive trend underway, both in the UK and in France. Concern remains, he says, that many companies still use a “benchmarking” approach that is driving executive pay skyward.

However, when asked to highlight things he would like to see in the future of governance, Herskovich relates pay to climate. Indeed, he wants environmental performance included in pay schemes. “We need to incorporate that into long-term pay packets,” he says.

Climate and sustainability is where our conversation began and it’s where it returns. Seems only fitting.