Philip Aiken, chairman of Balfour Beatty and Aveva, spends much time visiting his overseas operations—it’s the best way to get first-hand feedback, he says. 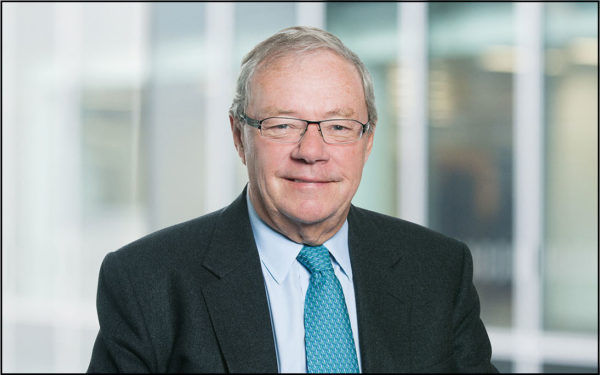 The phone line was crackly when I spoke to Philip Aiken in Hong Kong recently, but his message was clear—if you want to be a good company chairman, you must know everything you can about what is happening on the ground.

For Aiken, that means being in the air much of the time. As chairman of Balfour Beatty, one of the world’s biggest infrastructure groups, and chair of Aveva, the British software business, he spends many long hours flying around the globe to check out his overseas operations.

“I am a people person. Boards work best if the chairman works together with the board. You can’t act like the Gestapo.”

In fact, he reckons he takes about 70 hours-worth of flights a year: “They range from a couple of hours to 24 hours. At least they give me the opportunity to read and rest.”

When we caught up, the Australian businessman was on a stopover in Hong Kong on his way from Australia to China, to check out Balfour Beatty’s latest project on the island—the new West Kowloon Terminus Station North for the MTR Express Rail Link. Dubbed the international gateway to China, West Kowloon’s new terminus is part of the super-smart, high-speed network that is linking Guangzhou in China to Hong Kong.

Kowloon station is a massive and dramatic construction—all glass and steel—and includes nine long-haul and six shuttle platforms, customs and immigration facilities, departure lounges, duty-free and masses of retail outlets, and is due to open later this year.

He flies out to the island at least three times a year to check on how Gammon—its joint venture vehicle with Jardine Matheson, which is building the station—is doing. “Not badly” is the answer: Gammon recently won the contract to build the Fullerton Ocean Park Hotel on the island, as well as a new luxury housing development overlooking Tai Po’s Tolo Harbour.

The 69-year-old is also a regular traveller to the US, visiting Balfour Beatty’s projects there including the latest contract for work on the Boston subway. “I visit up to four times a year,” says Aiken. “It’s the best way of getting first-hand feedback.”

You can see why Aiken was chosen to take over the hot seat at Balfour Beatty nearly three years ago: he’s energetic, great fun and as down to earth as you would imagine an Aussie chemical engineer to be.

“After I was approached for the role, the first thing I did was to do my own thorough due diligence, to find out exactly what had gone wrong.”

We have met before, soon after he was parachuted into the company following a bloody boardroom shake-up which saw the chairman and chief executive dispatched in quick succession. His optimism for turning the group around was evident then, too.

It was no easy task. Balfour Beatty had suffered heavy losses on legacy projects in the UK, leading to a string of profit warnings and a couple of bid approaches—including one from rival group, Carillion.

How times change—now it is Carillon that is in trouble and Balfour Beatty that is back on track. Since Aiken took charge, Balfour Beatty’s shares have recovered to 296p, valuing the FTSE-250 group at £2bn after having fallen as low as 150p.

Now, analysts predict bumper annual profits this year of £250m on revenues of around £8.5bn. Credit for the recovery must go to Aiken, but also his chief executive, Leo Quinn, who had joined a few months before him.

Preparation for the role

But how does a chairman prepare for such a task?

“After I was approached for the role, the first thing I did was to do my own thorough due diligence, to find out exactly what had gone wrong,” Aiken explains. “On an informal basis, I talked to advisers, auditors and people who knew the company to find out everything I could.”

Then Aiken met Quinn and the other directors, to sound them out. “I liked Leo and thought that we could work together,” he explains. “I am a people person. Boards work best if the chairman works together with the board. You can’t act like the Gestapo.”

“You have to convince your fellow board directors that you are working with them, and alongside them.”

Aiken takes a no-nonsense approach to corporate governance: “I don’t believe in the ‘command’ school of chairmen. I am not dictatorial and want my board to be open and transparent. There must be genuine trust between the executives and non-executives.”

Crucially, he says a chairman or chairwoman has to earn their trust, too. “You have to convince your fellow board directors that you are working with them, and alongside them.”

A good chairman, he adds, is someone who involves everyone, encourages board members to contribute but who also sets the agenda. “You have to be diplomatic but also be able to read the body language of directors at meetings. That’s so important.”

And a bad chairman is one who has to get rid of his or her chief executive. Aiken would consider that to be a failure: “[The chairman] would have to go too,” he says.

Aiken switched to management after working as an engineer in some of the harshest industries in the world, first for the BOC Group and then BTR. He went on to become president of BHP Petroleum, and then group president of BHP Billiton’s energy operations, so he has the inside track on how international companies tick at the grassroots level.

Since then, he has been a big cheese on the non-executive circuit. He was a non-executive of National Grid; chairman of the UK’s Robert Walters recruitment firm; a senior independent director of mining group Kazakhmys, and Essar Energy; an advisor for Macquarie Capital Europe; and he is still a director of Newcrest Mining in Australia. Tough businesses in tough sectors.

He knows how to spin a deal too. As chairman of the UK’s successful Aveva software group, he was key to negotiating the £3bn reverse merger with France’s Schneider Electric industrial software business, which got the green light at the end of February. Aiken has agreed to stay on at Aveva as chairman for two years, and will then take a view.

“I am totally against quotas and think they can be counter-productive. I have always believed in the best person for the role.”

Home is now London and, as you might expect of an Aussie expat, he loves Twickenham and Lords and is a Chelsea regular. He’s a leading figure in the capital’s Aussie diaspora, heading up Australian Business, which promotes trade between the two countries, for the past decade.

And Brexit? He reckons that leaving the EU will have no impact on either of the businesses he chairs, since their work is international, and that the UK will be just fine.

He also believes that the UK has a fairly good record of governance, but that we “beat ourselves up” about certain governance issues, such as diversity.

“Diversity is important but it is talked about too much, and should be allowed to evolve,” he adds. “I am totally against quotas and think they can be counter-productive. I have always believed in the best person for the role.”