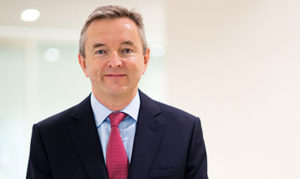 Simon Thompson, an existing non-executive director at Rio Tinto, is to become the mining giant’s new chairman, taking over from Jan du Plessis.

Thompson joined Rio Tinto in 2014 and will take over leading the company’s board in March next year.

Simon Thompson said: “Rio Tinto is in great shape, with a strong management team, world-class assets and a successful strategy.

“I look forward to leading the board as we work with J-S [Jean-Sébastien Jacques, CEO] and his team to ensure that Rio Tinto continues to deliver superior returns for its shareholders by maintaining its capital discipline and ‘value-over-volume’ approach”.

Rio Tinto chairman Jan du Plessis said: “I am really pleased to be succeeded by Simon, especially given how closely we have worked together since he joined the board some three years ago.”