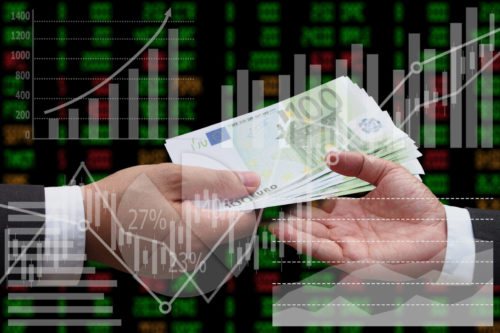 In the aftermath of the financial crisis, legislators in some countries moved to address corporate excesses by making shareholder votes on CEO pay mandatory. The United Kingdom mandated a non-binding vote on director pay at annual meetings and, since 2011, a similar measure has been mandatory for all US-listed firms.

Earlier this year, Switzerland voted in a referendum to give shareholders a binding say on executive pay, along with a requirement that directors be re-elected annually. They also voted to put an end to generous payments to executives joining or leaving firms (golden handshakes and golden parachutes).

Our sample…shows that if the policy was adopted, say-on-pay significantly increased shareholder value by about 5%.

The European Union has also recently reached a deal to give shareholders of listed companies a greater say on directors’ pay, leaving it to individual nations to decide whether to make it binding or not. This has sparked debate between proponents who argue that such a vote limits compensation excesses and strengthens shareholder oversight, and critics who say it undermines the power of the board and can be costly to the firm. In general, management tends to be against the idea.

In a paper recently published in the Review of Finance, Say Pays! Shareholder Voice and Firm Performance, co-authors Vicente Cuñat, Mireia Giné and I find in our sample that in 99% of cases, boards recommended a vote against shareholder-sponsored say-on-pay proposals before the “say” was mandated. But do these measures actually make a difference to the way corporations and CEOs behave? And since most votes are non-binding, does it have any impact at all?

In our paper, we find that indeed it does, across multiple dimensions. Our sample includes 250 cases of proposals to adopt the say-on-pay policy between 2006 and 2010—before shareholder votes on pay were mandatory—and shows that if the policy was adopted, say-on-pay significantly increased shareholder value by about 5%.

We find two mechanisms that lead to this gain. The first is by giving shareholders a channel to express their opinions, it intensifies board monitoring and pressure on the CEO to improve performance, especially as a negative vote could have consequences on the level of support the CEO receives within the firm. The prospect of a negative vote is also not one the CEO wants to face for the sake of his or her own career. The second is that the say-on-pay can affect the current level and structure of executive pay, making it more closely tied with performance.

We also show evidence that say-on-pay has a positive impact on firms’ accounting and operational performance in the years following the vote. Firms that adopt say-on-pay in our sample have a higher return on assets and operating assets one year after the vote was introduced. The firms also saw a reduction in overheads and capital expenditure growth.

Interestingly, we find no systematic change in the level or structure of CEO compensation itself or the probability of the CEO leaving the firm after a positive say-on-pay vote.

Shareholders have two main options when they disagree with the direction of a corporation. They can either sell their shares and walk away or engage with management to express their opinions. As we have shown, when shareholders engage on issues of CEO pay, both the immediate and long-term prospects of the company can be improved.

The fact that most boards recommended shareholders not to adopt say-on-pay in our sample indicates a misalignment of objectives between management and shareholders that mandated say-on-pay rules can address.

Because shareholder votes on CEO pay are either in favour of or against the proposed compensation, it is not merely a vote on the level of pay but whether that level reflects the value that the CEO adds to the firm. It can, therefore, be seen as an explicit vote of confidence or a referendum on the CEO, which accounts for all opinions in a highly visible metric.

While the debate has moved on to whether to make say-on-pay votes binding, for which we have no evidence to support or dispute, it is clear that legislative intervention has addressed a market failure on two dimensions. First, aligning management closer to shareholders; and second, giving all shareholders an equal voice.

Large shareholders, such as investment and hedge funds, have traditionally had the ability to sway managements due to their size and influence or even not to vote against management in the interests of obtaining other benefits. A say on CEO pay gives all shareholders, big and small, the same channel to express their opinion on the firm’s direction.

The fact that most boards recommended shareholders not to adopt say-on-pay in our sample indicates a misalignment of objectives between management and shareholders that mandated say-on-pay rules can address. Giving shareholders a say brings CEOs and management into better alignment with their wishes and improves performance, something both sides can get on board with.

Maria Guadalupe is an associate professor of economics and political science and the academic director of the INSEAD Randomized Control Trials (RCT) Lab.