Spain saw the greatest opposition to remuneration-related resolutions, with 60.6% contested—an increase of 33.2% year on year. 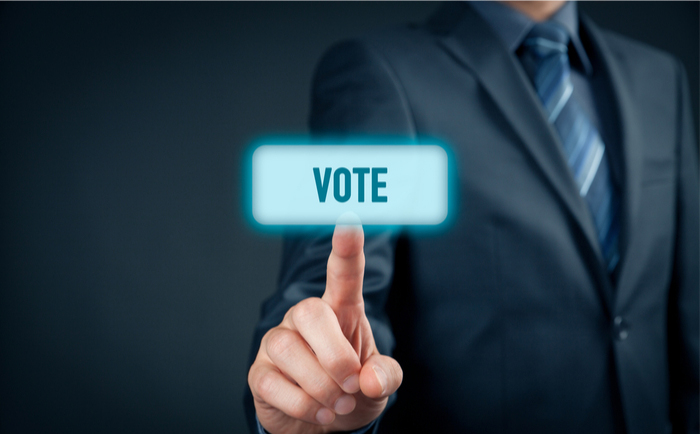 Across Europe investors are unhappy about executive pay. Indeed, recent research reveals that the number of shareholder revolts (defined as a vote of 10% or more of stockholders) against remuneration policies has risen 18% year on year.

Countries across Europe have also seen a hike in opposition to director appointments and share issuance.

Domenic Brancati, European chief executive of Georgeson, the consultancy that compiled the latest statistics, says: “Remuneration remains a key focus area, with shareholders showing a greater inclination to oppose executive compensation resolutions as a result of Shareholder Rights Directive and the pandemic.”

He added that the increase in voting against company resolutions is a “warning” for board to “focus on their shareholder engagement and education, particularly during the off-season”.

Spain saw the greatest opposition to remuneration-related resolutions with 60.6% contested, an increase of 33.2% year on year. The UK saw the lowest proportion of dissent at 25%. In Switzerland, remuneration reports saw significant opposition in 58.8% of votes for SMI companies. In Germany, the DAX saw 31.8% of remuneration votes attract opposition. In France, the CAC40 figure was 40.3%.

The figures offer an indication that pay remains a key issue for boards and their shareholders with many unresolved issues. But the figures are based on a 10% threshold for a shareholder revolt. In the UK the Public Register of shareholder votes uses 20% as the measure of significant dissent.

While that may sound significant, some observers were keen to warn the the figures should be viewed with caution. Luke Hildyard, director of think tank the High Pay Centre, said at the time: “It’s important not to overstate the trends. The overwhelming majority of pay awards are still approved without radical reductions in pay occurring.”

That being said, rising dissent against pay levels may reflect disappointment with the way pay was handled during the pandemic.

When it came to directors’ reappointment, Georgeson says the number of dissenting votes for reappointment are up 37% year on year, based on the 10% threshold.

In the UK, however, the 20% standard sees a different picture emerging. Board Agenda analysis shows that pressure may be easing on individual directors. At the half-year point there were 38 significant votes against individual directors—the lowest six-month total in four years.

Reasons for voting against reappointment include insufficient boardroom diversity and ESG concerns. Pressure may also have eased due to the pandemic and potentially an improvement in engagement with shareholders.

Perhaps one of the most interesting elements in the Georgeson report are the figures for say-on-climate votes. The consultancy found 15 companies putting forward 17 resolutions on climate disclosures and action plans in the past year. The average votes in support are at 97%, with all votes above 88.7%. Only one company was below 90%—Shell. The energy giant’s climate action plan went on to be criticised by judges in a Dutch Court.

Shareholders are making their views heard. Whatever the measure of dissent, boards can expect them to go on pushing for change in key areas.