The highly respected King reports lead global thinking on corporate governance. The most recent report drops the “apply or explain” principle for “apply and explain”—a significant change born of an effort to transform African economies. 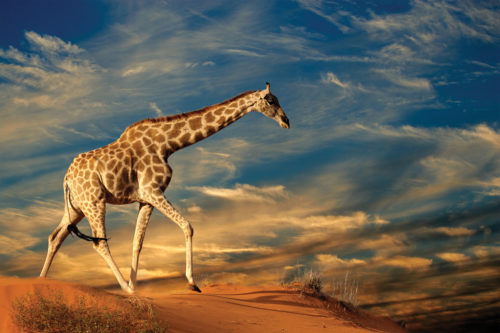 The King Report on Corporate Governance for South Africa, 2016 (King IV) was issued on 1 November 2016 and is the fourth reiteration of the voluntary governance principles and practices that apply to corporate South Africa.

The changes introduced by the report cannot be fully appreciated without understanding that King IV is a true product of the African soil in which it was grown.

Consider the following realities of the South African landscape: at country level, socio-economic inequality, violence and crime are the order of the day. Economic and political instability, failing infrastructure, skills shortage and corrupt leadership and are just some of the challenges.

And sadly, these are not unique to South Africa but a familiar state of affairs across the continent.

At country level, socio-economic inequality, violence and crime are the order of the day.

The fall-out when things finally unravel between the board and management, on the one hand, and the board and government as shareholder on the other, forms part of the daily newsfeed. Claims of anti-competitive and collusive practices in the private sector surface with regularity, as does controversy over the gap between the remuneration of executives and other employees.

The corporate governance failures in these instances are patently obvious, but what these demonstrate is that things go wrong for a lack of proper governance.

For organisations operating in Africa, the realisation has dawned that no organisation can ultimately succeed in a society that fails, to borrow from the old dictum. In African culture the values that speak of the interconnectedness and interdependence of the components that make up society (of which organisations are an integral part) are well understood.

In South Africa this notion is conveyed by the term ubuntu, which refers to our connection through shared humanity. In Zimbabwe this same idea is expressed as unhu, in Malawi as uMunthu, Rwanda and Burundi as ubuntu (which particularly refers to human generosity) and in Uganda and Northern Tanzania it is known as obuntu.

King IV advocates that an organisation defines its role and purpose to create value not only for itself and its shareholders but for all stakeholders.

As a response to interconnectedness and the challenges and opportunities that this brings, corporate governance is defined in King IV as ethical and effective leadership. The narrow understanding of governance as a system that concerns itself only with the mechanics of the structures, processes and procedures would not be fit for purpose in the African context.

Instead, King IV advocates that an organisation defines its role and purpose to create value not only for itself and its shareholders but for all stakeholders. It is seen as the only meaningful way towards sustainable development, and that it is presenting a false dilemma to pit the generation of profit against the creation of broader value, as many companies such as Safaricom in Kenya are demonstrating.

In keeping with the theme in King IV of corporate governance as a change agent towards sustainable development, it is very deliberately outcomes-based, with a focus on how governance could be harnessed to contribute value.

One of the pitfalls of corporate governance is that it is often regarded as a mindless compliance exercise, which involves the implementation of structures and processes regardless of whether they serve to make the organisation stronger and better. Africa is generally resource-constrained, which makes it all the more important that governance is implemented with an understanding of its worth.

The significance of this change is that it can no longer be claimed by an organisation that it has good governance in place by virtue of ticking the boxes of practices implemented.

With the drafting of King IV, changes were effected to the code in order to present very clearly its contribution to organisational value. To this end the code is made up of three building blocks: governance outcomes, principles and recommended practices.

The practices recommended in support of each principle are about what needs to be done to achieve these aspirations and ideals. The analogy is that principles set the target, and the practices constitute the arrows used to hit the target.

Governance outcomes, in turn, are the potential positive effects or benefits that could be realised for an organisation if the underlying principles are achieved. These include: an ethical organisational culture; good performance; effective control; and legitimacy.

Whether these governance outcomes—the fruits of the tree, so to speak—are realised is the litmus test for whether good governance is in place.

The significance of this change is that it can no longer be claimed by an organisation that it has good governance in place by virtue of ticking the boxes of practices implemented. Such reasoning is tantamount to painting the target around where the arrow has landed, instead of first positioning the target.

The outcomes-based approach not only illustrates the value that could be added through good governance but it also leverages the flexibility of a voluntary code of corporate governance to the full. King IV allows great flexibility around the implementation of the recommended practices, as long as those practices result in achieving the aspiration as per the principle.

Indeed, King IV gives explicit permission for proportional implementation of the recommended practices; this means that practices should be scaled in accordance with the size, resources, and extent and complexity of the organisation’s activities.

With its greater flexibility, King IV is intended to find application across a wide range of organisational types and sizes. Traditionally, codes of corporate governance have listed companies as their primary audience. However, the broader application of King IV is more appropriate for the African context, where family businesses and smaller enterprises are the norm, and the number of listed companies are relatively few in most countries.

The question is whether this greater flexibility will impact on the efficacy of King IV. The point of departure is that it would be a mistake to conclude that voluntary codes of governance carry no sanction when contravened. The principles and practices in these codes become the norm for behaviour as soon as they are generally and widely adopted, and these adopted norms are then monitored and enforced by society and market forces.

A prerequisite for these forces to work, though, is transparency. Society and the market can only respond to what is known to them. Africa generally has a poor reputation for corporate governance and the protection of investors and other stakeholders.

It is for this reason that King IV places so much emphasis on meaningful disclosure that enables stakeholders to assess the quality of corporate governance.

The application regime in King IV is that of “apply and explain”, a departure from the binary “apply or explain”, as in King III. Due to the fact that principles are fundamental to good governance (as explained above) and it would therefore be difficult to contemplate a reasonable explanation for why they are not applied, the application of principles is assumed and no explanation is necessary.

The “explain” part of the application regime is a narrative of the practices that have been implemented, and the progress made towards applying each principle.

In order to use governance for the transformation of economies and societies, the time has come for Africans to unite on developing the governance standard that should be adhered to and expected of all organisations that operate in Africa, regardless of the specific country.

It is proposed that its African roots and international credibility makes King IV an ideal starting point for this endeavour.

Ansie Ramalho was the project lead on King IV and is currently a corporate governance consultant.