Evidence is growing to show that employee engagement is fundamental in achieving sustainable, commercial success—and can be a means to address the lack of trust in business, argues Mark Price. 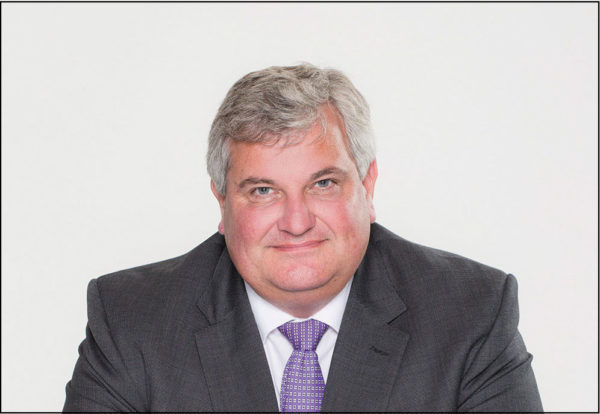 It is an elegant yet provocative proposition: companies should prioritise the happiness of their employees.

For many in business this will sound like the mystical mission of the government of Bhutan, or perhaps the philosophy of a New Age commune.

It is in fact the belief enshrined in the principle underlying one of Britain’s best-loved companies: John Lewis.

It is also the opening declaration of a new book from Mark Price, a former Waitrose managing director and deputy chairman of John Lewis, and now member of the House of Lords, and minister of state for trade and industry under Theresa May.

Price’s argument in his new book, Fairness for All: Unlocking the Power of Employee Engagement, is that all companies would benefit from improved employee engagement—a theme subject to much discussion since the financial crisis and the loss of public trust in large corporates.

Price’s contention is that John Lewis, a partnership where all employees are owners in the business, sets an example to other corporate bodies. Its success is born from the attention it pays to employees.

The guiding belief of John Lewis, and its sister business Waitrose, is this: “The partnership’s ultimate purpose is the happiness of all its members through their worthwhile and satisfying employment in a successful business.

Price says that companies need not take a “full-fat, owned-by-the-workers” approach but consider the principles that create a more engaged workforce.

“Because the partnership is owned in trust for its members, they share the responsibilities as well as its rewards: profit, knowledge and power.”

It’s a fascinating statement. Those of us who buy sofas at John Lewis or our weekly groceries at Waitrose might know that these businesses are owned by their staff, but few would be aware that such an emphatic principle underpins the company’s mission.

Price’s argument is that John Lewis has benefited from this, and other companies can benefit too. They don’t even have to become a partnership: they can simply take the lead and build effective mechanisms for employee engagement to see the results.

Price says that companies need not take a “full-fat, owned-by-the-workers” approach but consider the principles that create a more engaged workforce.

“And surely these principles can be applied anywhere,” he tells Board Agenda.

Fairness for All argues that a happier workforce can be established by focusing on six areas: reward and recognition; information sharing; empowerment; wellbeing; instilling pride; and job satisfaction.

There are detailed descriptions of all, and Price offers copious examples of who is doing it well. Channel 4, Unipart, DPD, Unilever and advertising agency St Luke’s are among those that Price holds out as bastions of good practice when it comes to listening to their workforces.

“Damaging the planet and acting irresponsibly for the short-term benefit of those looking for a quick return on capital is morally bankrupt.”

Which is good, because it is hardly sparing in its criticism of those who get it wrong or don’t bother. Price writes that some businesses seem to be run “more along the lines of dictatorships or totalitarian states than democratic governments.”

And “…damaging the planet and acting irresponsibly for the short-term benefit of those looking for a quick return on capital is morally bankrupt.”

Then there is this: “From fraud to tax avoidance, to banking scandals and food contamination, there are plenty of headlines to fuel the idea that business is not always very responsible.”

Price also reserves some choice remarks for corporate governance. “It does seem ironic that, if acting on behalf of shareholders is the Holy Grail for executives, their trust is continually questioned by new legislation,” he says.

Price is forthright in his views about the state of things but, although he is clearly an advocate of partnerships, or cooperatives, he doesn’t see them as the solution.

“If you are currently a PLC, I can’t see any practical way in which you’re going to convert to being owned by employees, which is why I talk about a ‘partnership light’ model,” he explains.

“If you’re a shareholder I think you can get more and better returns if your management teams are focusing first and foremost on the wellbeing of their people and engaging their people.”

“I think I say in the book, people always regard their best managers as the ones who have got the most engaged people. Funny that.”

So, the shareholder model isn’t broken, but it does need to sort itself out says Price—especially its expectations of management.

“What research says is that there is a very strong link between a happy engaged workforce and higher levels of commercial success,” he explains.

Non-executives have a role too. “I would ask them to reflect on whether the company board they are sitting on is delivering the best value by having an engaged workforce,” Price says.

“So, which mechanisms are in place [to enable] the company to know if the workforce is happy and engaged or not, and what evidence do they have?”

He continues: “I think I say in the book, people always regard their best managers as the ones who have got the most engaged people. Funny that.”

Critics may argue that what Price is talking about is too soft, pandering to employees when there are hard financials to think about. He doesn’t see it that way.

According to Price, the vision he has is one in which employees end up grappling with the big issues that face business alongside their managers. This is also part of the engagement process, especially information-sharing. That breeds respect between managers and their teams.

“It’s not an easy option to be honest about how you see the world of work changing,” says Price.

“It’s not an easy option to be honest about how you see the world of work changing.”

“That’s not soft. You know, being honest and upfront about the changing nature of work, and how you expect to adapt, how you expect them [employees] to take responsibility for reorganising your company—I think those are really big issues for employees to wrestle with. But, ultimately, I think you get a better, more sustainable business.”

This is important because there is a big shadow hanging over the world of work: digitalisation. The advent of digital technologies, robots and artificial intelligence is now expected to have a far-reaching effect on the economy, removing many jobs and forcing people to retrain.

You can’t have engagement without being absolutely clear about what’s coming down the road, says Price.

“It is about accepting that the world’s going to change quite radically, but helping people in business understand what the consequences are going to be, and to help them retrain for the jobs of the future…Engagement to me is absolutely key to that, absolutely key,” he stresses.

For Price an engaged workforce not only helps business but is part of a vision for the UK economy and that means helping employees, rather than showing them the door and recruiting younger workers when new skills are needed. That isn’t employee engagement.

People need to realise that business is a force for good; it’s business that’s going to grow the economy, but in exchange business has to act with humanity and morality.”

Price advocates giving existing workers new skills and cites his own experience of being asked to become marketing director at Waitrose when he had no experience of grocery or marketing. What was important to John Lewis bosses was that he already understood company culture.

“Far cheaper and better to retrain the people that you have than to make them redundant and bring in brand new people who need to learn the company and how it works,” he adds.

And engagement helps the public see business in a different light, addressing what is widely viewed as a huge trust issue.

“Some people are hooked on [the idea that] ‘business is bad, it needs to be changed’ … and the narrative hasn’t been good about business for a number of years,” says Price.

“That needs to be turned on its head. People need to realise that business is a force for good; it’s business that’s going to grow the economy, but in exchange business has to act with humanity and morality.”