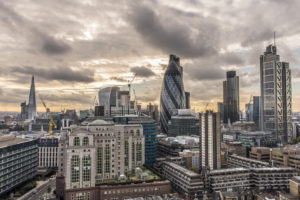 The joint ICGN/IIRC conference, Dialogue for longer-term value creation: Bridging the gap between participants in the capital markets, opened in London yesterday with some sobering comments on the global financial system since the crisis of 2008.

Bertrand Badré, a former managing director of the World Bank Group, told the 300 delegates that the global financial system had been “patched” since the crisis of 2008 but “not fixed”; there is still much work to be done, not least defining the role of banks (not as easy as it seems).

And it is this context that Badré said the conference—focused as it is on bringing investors together with corporates to eschew short-termism in favour of long-term value creation—gives cause for optimism.

A quick poll revealed that 70% of the conference delegates believe that reforming corporate governance should be at the heart of reforming the financial system.

Fiona Reynolds, managing director of Principles for Responsible Investment, declared that people did not trust business and the financial system. Regulatory systems, she said, are not properly aligned with sustainable development (a job for politicians to sort) and the biggest obstacle to long-term responsible investment remained culture.

That is perhaps to be expected: after all, the conference is about capital thinking long term when it engages with the companies in which it invests.

But it took an American to note that in Britain our politicians do not appear to be in tune with that thinking. Jack Ehnes, chief executive of teachers’ pension fund CalSTERS, noted that during his recent stay he had seen our leaders debate executive pay and other more peripheral issues, but not the core issue of long-term thinking.

A worrying thought for bodies channelling their energies into persuading to companies to think long term.

However, there is cause for optimism. The conference brought together 300 delegates from across business and the investor world to discuss long-term thinking and long-term value creation. It was many more than expected: a clear sign that things are changing.

The IIRC says there are now a thousand companies worldwide using integrated reporting and the “six capitals” for developing strategy. That’s a reason to be cheery.