The Brexit waiting game is on and it won’t be pleasant. 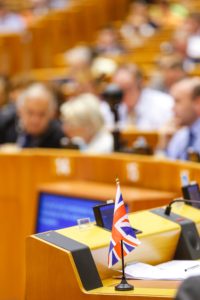 The result of the referendum still reverberates. But while the markets calm themselves and politics goes into crisis mode, it’s worth thinking about the position of boards in such a time of uncertainty.

I couldn’t help but consider this when reading the Financial Times which, as you might expect, rather than dwell on leadership machinations, turned to ask where financial services firms might head if London is no longer in the European Union (though we should note, it hasn’t happened yet). And yes, in its focus on potential new locations for business, the FT appears to be acting as a grand real estate agent for multinationals.

Paris is actively campaigning for banks to relocate themselves there, making much of the city’s culture and vibrant financial sector. Frankfurt is making a play based on its expertise but, according to the FT, even Luxembourg and Dublin are having a punt at becoming the London alternative. Clearly, what’s front of mind is being first mover.

Of course, if banks move, lots of other services could move too and who would be surprised if corporates felt they had to follow. It’s anybody’s guess how many jobs might transfer, or if any will move at all.

It does suggest that for non-executive directors of some listed companies, one of the biggest risks on their agenda right now is where to base the company. Not an easy call to make given we have no idea really of how the break-up will happen or when it might take place. We have no clue what the UK will concede in its bargaining or what it will retain from Europe.

Brexit negotiations place boards in an awkward position when considering the broader risks to their business plans and strategic decisions.

But Brexit negotiations also place boards in an awkward position when considering the broader risks to their business plans and strategic decisions. Unless your model is based entirely on domestic trade, the element of uncertainty that is part of any boards’ consideration when doing business across borders is uncomfortably significant.

Labour’s former chancellor Alistair Darling agrees. At a small gathering of finance directors last week, Darling said a downturn could be on the horizon, and it’s in such circumstances that problems emerge for boards.

“And that’s why the best leadership that boards can do is ensure their own organisations are properly run and they are alive to the issues to which they may becoming exposed,” he said.

Boards will be working through their options, and non-executives will be asking tough questions and working with executives to define solid answers to the uncertainties.

Many may decide there aren’t good answers available right now and retreat into cautiousness. The Brexit waiting game is on and it won’t be pleasant. Boardroom stress quotients could well be off the scale.

But I don’t think we’ll see early decisions to move. Most will adopt a wait-and-see approach while monitoring negotiations closely. Depending on what our politicians resolve, there will be tough calls to make and they may be very uncomfortable indeed.