Many workers deemed essential are on low wages and zero-hour contracts. This crisis is a reminder that we should value workers in all parts of the economy. 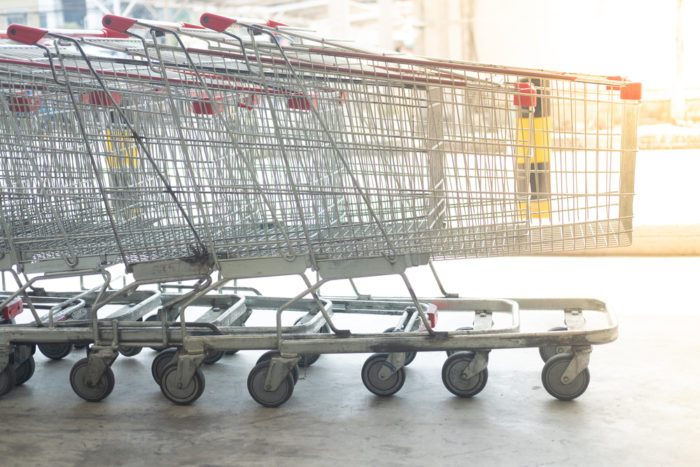 There is a scene in Johan Renck’s highly acclaimed historical drama series, Chernobyl, when the Soviet authorities have to persuade 400 Russian and Ukrainian miners to risk their lives to prevent radioactive waste seeping into the water table and polluting the Black Sea for millennia to come.

After refusing to be coerced by the Soviet soldiers, they are convinced to risk their lives (over one hundred went on to die from radiation poisoning) not by Kremlin diktat but their sense of professional and community pride. This television drama, based on the real events of 1986, takes some artistic licence, but it does raise the question as to who are essential workers in the eyes of the state today in terms of our current crisis, Covid-19.

The answer is perhaps not as simple as it might first seem. Events in the UK over recent days suggest that there is no pre-agreed list sitting in a drawer somewhere in Whitehall. Similar lists have been rapidly drawn up in other countries. Many national leaders are instigating wartime-esque emergency measures. One of these is a rapid expansion of who is an essential worker.

Over many decades the consensus at the International Labour Organisation in Geneva has been that essential services are “those the interruption of which would endanger the life, personal safety or health of the whole or part of the population”. International law allows states to withhold the right to strike from professions such as the armed forces or police, although to do so for the fire brigade or medical services is much more contested.

However, there are situations when the fire brigade is absolutely essential, at the time of a national emergency for example, and so what is “essential” is context specific.

The current situation in relation to Covid-19 is unprecedented and testing the boundaries of that definition’s implications. In fact, many national leaders are stating they’re “at war” with the virus and instigating wartime-esque emergency measures. One of these is a rapid expansion of who is an essential worker.

Last week, the UK government produced a list of key workers. It ranges from school teachers, to supermarket workers, to cemetery officials, as well as all forms of medical staff and care-givers. The US Department of Homeland Security has also produced a list which includes workers in the agricultural supply chain and energy sectors amongst others. There are many vulnerable workers hidden from view.

It is a long list and a list that contains many workers on low wages, zero-hour contracts and who are subject to poor representation. Many of these low waged workers are part of the economy that seldom features in national debates about industry, prosperity, and growth. In many cases they are hidden from view working as much around the edges of the economy as at its centre. Ubiquitous and yet unrecognised and, until times of shortage or crisis, unappreciated and undervalued.

Minimum wage workers are now the only other human beings that millions of self-isolated people will see for the next weeks, perhaps months

If supermarket workers tend not to be in trade unions, it is not because ILO rules do not allow this; it is because employers have not encouraged this and workers have been too cowed or not seen the point.

But these workers are now at the front line of our collective fight to mitigate the knock on effects of the virus. Minimum wage workers are now the only other human beings that millions of self-isolated people will see for the next weeks, perhaps months. Talk to anyone who operates a supermarket checkout and you will hear countless stories of rudeness, abuse, selfish behaviour but also heart-breaking stories of shoppers who have just lost their jobs, or the elderly—scared, confused or afraid, but grateful for the smile and conversation.

Stories from the UK indicate that some customers have openly coughing over the conveyor belt, licking their money, and complaining about the hoarding activities of others whilst clutching extra bags of toilet rolls. Yet how many of these checkout staff have given any kind of protective clothing or hand sanitiser?

In the US, several chains have now introduced a temporary bonus, or “hazard pay” for staff, but another real hazard is the lack of adequate representation or worker voice.

Responses that can only allocate a monetary value to the current challenges are missing the point. It is about valuing and respecting the work undertaken in all parts of the economy—and not just at times of crisis.

In light of the Covid-19 crisis, Sharan Burrow, the general secretary of the International Trade Unions Congress, has called for a new social contract for between workers and the economy. The terms of this contract must include a labour protection floor for all workers with:

The Chernobyl miners did not sacrifice their lives for money or fame, but from a deeper sense of human dignity and duty. They worked through the night for six weeks to dig tunnels that they had been told would save thousands if not millions of lives. We must hope for the safety of the essential workers of 2020 and hope that their work will receive much greater recognition and respect in the years to come, as a result of the service they are providing now.

John Morrison is chief executive and Neill Wilkins is head of the migrant workers programme at the Institute for Human Rights and Business (IHRB).

This article first appeared on the IHRB website. Read the original version.