McDonald’s and BlackRock have both parted ways with senior executives after workplace relationships came to light. So what are the risks of an office romance? 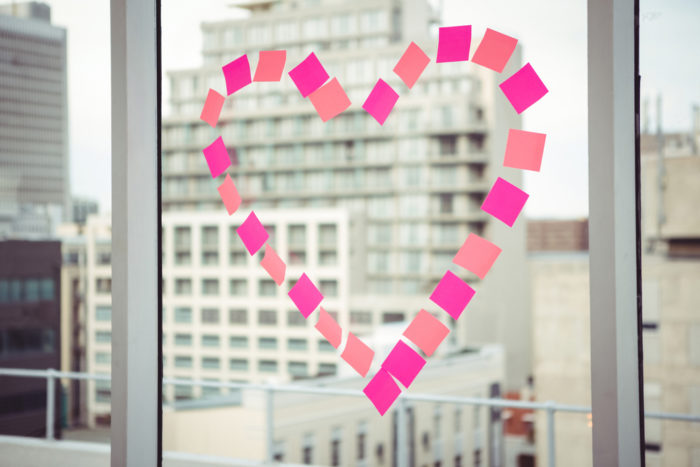 Late last year workplace relationships hit the headlines with a bang. First global fast-food chain McDonald’s fired its British chief executive Steve Easterbrook for having a relationship with an employee. Then it happened again. This time BlackRock, the world’s biggest fund manager, parted company with senior executive Mark Wiseman for similar reasons following a “romantic relationship with a colleague”. Wiseman had been touted as a potential successor to BlackRock’s CEO Larry Fink.

Suddenly, workplace relationships were boardroom topics in two of the world’s most successful companies. Wiseman said in a statement that he was going because he had failed to disclose a consensual relationship. Easterbrook went because he broke a company rule that outlaws relationships between high-ranking leaders and their subordinates.

Such events—and here we’re talking only about consensual relationships—are messy. It’s heartache and a career car crash for the individuals involved and a reputational quagmire for boards and their companies. There are also difficult succession issues if it results in the loss of key managers and staff.

The risks of romance

According to Laurie Girand, president of the US-based not-for-profit I’m With Them, relationships at work inevitably involve the company.

“In short, when two consenting adults working for the same employer are in bed, the company is in bed with them,” she says. “Sometimes, spouses are too. It gets crowded.”

Putting aside the human drama of conducting a secret relationship at work, what the Easterbrook and Wiseman examples highlight is the need for clear policies at work that everyone understands.

Some statistics support this. Last year Vault, a US workplace analyst, found that only 42% of more than 700 people polled had not engaged in an office romance. Of those that had, 64% had kept it secret. Forbes magazine reports that 41% of employees do not know their employer’s policies on such romances.

“When two consenting adults working for the same employer are in bed, the company is in bed with them”

—Laurie Girand, I’m With Them

Workplace relationships are to some extent inevitable; indeed, many people meet their future partners at work. It should come as no surprise that senior executives would form bonds with people at the place where they spend so much of their time and give so much of their physical and emotional energy. These are the people with whom they will possibly share many of the most intense highs and lows of their careers, even their lives.

But leaders should also understand the risks they are running. Decision-making may be impaired; a company could face claims of unfair treatment at work—either from an individual spurned in a workplace relationship, or from colleagues who feel the relationship caused them to be overlooked.

Girand says it’s an “integrity” issue. Employers have an obligation to provide “quality” performance that benefits the employer. A relationship in the office can undermine that promise. She compares it to substance abuse that interferes with performance and choices made at work. “An intimate relationship in a work setting can also impair judgment,” she says.

Problems for a company can turn on whether a relationship turns sour and the asymmetrical power that may exist between those in the relationship.

Most intimate relationships end. Of those, many end badly, says Girand. “The problem may not be with the happy couple of which everyone approves but the potential for a rocky ending which adversely affects colleagues or has financial or legal impact on the company.

“When the relationship involves a power differential, the chances that the company will be engaged in a claim of unfair employment treatment are higher; such a claim could come from the less powerful party, or from others who would claim they were passed over for opportunities because of favourable treatment of the paramour.”

All of this adds up to clear policies in the employee handbook that set clear expectations for all employees. According to Rachel Suff, senior employment relations adviser at the CIPD, a professional body for HR departments, some employers will take a common sense approach, while others choose to “set out expectations of behaviour”.

“It’s for each organisation to establish the rules that should apply in the event of a senior leader forming a romantic consensual relationship with a more junior employee,” says Suff. “It is best to be open and transparent about the relationship, if possible, and discuss any implications with the wider team.

“If there are confidentiality issues or a potential conflict of interest, it’s advisable for there to be a requirement for the individuals to declare the relationship to the HR team, so any wider implications can be discussed concerning work and wider team morale.”

Potential conflicts of interest, or fairness if one person manages the other, can be dealt with in a number of ways. An individual can be transferred to another team or area of the business under different managers. Alternative arrangements can be made for performance reviews.

According to Philippa Foster Back, director of the Institute of Business Ethics, disclosure to HR is a critical step.

“It should be clear that each staff member has to take responsibility and tell HR when this arises as the company will need to take a view on whether a particular corporate risk arises by the nature of the relationship—e.g. a member of accounts having password control on a payment system having a relationship with the payables manager,” says Foster Back.

She adds: “Equally the company should be clear in its policy that if the relationship is non-consensual then individuals should report such behaviour immediately through the normal ‘speak up’ channels.”

A last word to Laurie Girand. Despite the fact it’s easier today than ever before to meet people who do not work with you, people will always form relationships at work. But boards expect managers to act with good judgment and exercise self-control.

“Will there be people who don’t always exhibit good judgment and self-control? Yes,” says Girand.

“Are they the people you want running a company? No.”