An investigation by the bank, which invests Norway’s oil revenues, revealed G4S had “behaved in a manner which is at the limit of, or outside, accepted norms” with regard to its treatment of migrant workers in Qatar and UAE. 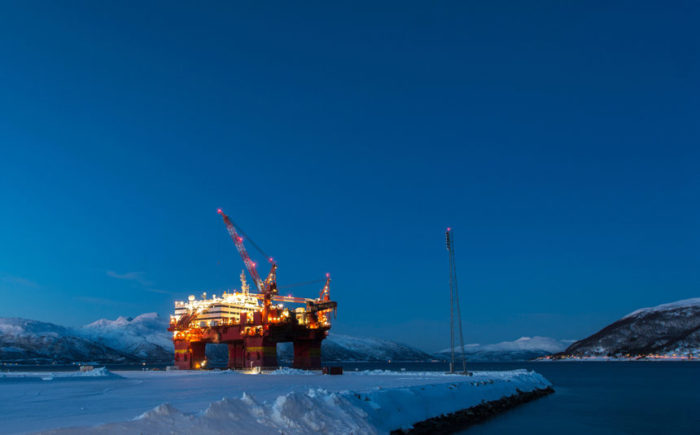 Boardrooms were delivered a blunt reminder this week that human rights cannot be ignored.

Norges Bank, the $1,000bn sovereign wealth fund investing Norway’s oil revenues, announced it would exclude G4S from its portfolio because of an “unacceptable risk” that the company is either responsible for, or contributes to, “human right violations”.

G4S, one of the world’s biggest private employers with 570,000 people in 90 countries, never seems very far away from the headlines, but the Norges Bank announcement, which relates to migrant workers in Qatar and United Arab Emirates, throws a fresh spotlight on the company’s activities.

Perhaps more significant, however, is the belief among campaigners that the wealth fund’s decision could be the first of its kind. Investors have been acting against climate change for some time, withdrawing their money from fossil fuel assets, for example. But divesting because of human rights and labour rights is new.

According to Diana Eltahawy, head of the migrants programme in the Gulf for the Business and Human Rights Resource Centre: “This is why this decision is monumental and unprecedented. Human rights are just as important as climate. Companies really need to assess all their risks.”

Perhaps more noteworthy for boards concerned that they may become the focus of human rights attention is the methodology Norges Bank used to reach its decision.

The bank runs a “council of ethics” to probe such issues. The council not only looked at publicly available sources and materials provided by G4S itself on its employment practices in the Gulf, but also sent investigators to interview workers from Nepal, India and Pakistan over three separate years (2016, 2017 and 2018).

The council’s report revealed a detailed investigation that looked at recruitment processes, freedom of movement once workers had arrived in their host countries, and misinformation about wages and working conditions.

The report raised concerns about workers paying large recruitment fees, using their pay to settle debts incurred to pay the fees, having their passports removed, not being able to change employer and “contract substitution”, or being employed on one set of pay and working conditions only to find an entirely different environment on arrival.

The report said: “The Council finds that the company has behaved in a manner which is at the limit of, or outside, accepted norms, and that the norm violations constitute a pattern of behaviour.”

Eltahawy said others would be watching closely and taking note of the detailed investigation and the council’s willingness to recommend divestment.

“It sends a message to investors and large corporate about human rights,” she said. She also highlighted the importance of investment institutions in regulating corporate policies. “We certainly hope that investors will use their leverage to improve corporate behaviour across the world.”

G4S acknowledged it had been speaking to the council for the past three years, adding: “We wholeheartedly agree that migrant workers need care and support and deserve to be treated with dignity and respect at all times.”

The company said it carried out its own investigation and that it was “making good progress” on an action plan to “reinforce high standards” for recruitment and welfare, appointing a full time “migrant worker co-ordinator” to research recruitment agencies and their practices in countries of origin.

Human rights on the agenda

Though G4S’s workers may benefit from this decision, the Norges Bank action also shows that in addition to boardroom gender and ethnic representation, executive pay, climate risk and a host of other environmental, social and governance issues, human rights is front and centre of engagement concerns.

Its decision comes at a time when campaigners have become concerned that human rights as a boardroom issue in large multinationals has been overshadowed by a growing focus on managing climate risk, especially after action taken by protests groups such as Extinction Rebellion and the emergence of Greta Thunberg as a major public figure.

However, some international bodies have human rights and business in their sights. The UN gathered in Geneva last month to work on a new binding treaty for business and human rights, while the European Union is considering the introduction of new regulations mandating human right due diligence in corporate supply chains. France has already acted having implemented the Loi de Vigilance (law of vigilance).

Campaigners believe new laws have become inevitable because companies have failed to do the work themselves. But legal reform may be years away. In the meantime, Norges Bank has shown that one investor, at least, is willing to act. The question is whether others will follow.