Sustainable finance expert Sasja Beslik says the industry is changing, but that many still see sustainability principles “as a restriction”. 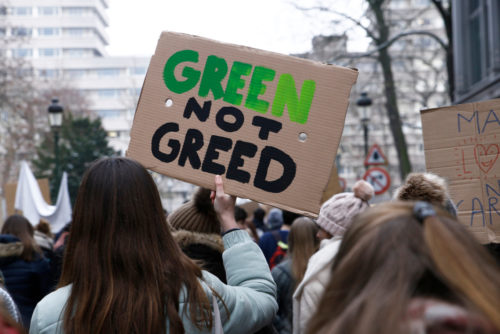 Sasja Beslik doesn’t sleep well at night. Perhaps the finance industry’s most prominent campaigner for sustainability and action on the climate crisis, Beslik says everyone has their cross to bear. And the cause of the insomnia? Addressing rising temperatures will be “really, really really tough,” he says.

But he wants everyone to know is that the financial industry could be the key to fighting the climate crisis, but it could also be doing more.

“We’re globally not using the toolbox. The financial industry is that toolbox and it’s costing every day. We are not allocating capital in the right way,” he says.

Beslik has become one of the most outspoken voices in finance for a change in approach to support action against climate change caused by carbon emissions.

A former journalist and refugee from the war in Bosnia, Beslik was until earlier this year head of sustainable finance at Nordea Wealth Management and a former chief executive of Nordea Investment Funds Sweden.

Type Beslik’s name into YouTube and you find he has devoted considerable time to making documentaries exploring the role of finance in business and the climate. He has served with the United Nations Environment Programme’s (UNEP) finance initiative and in 2013 he was awarded The Order of the Seraphim by King Carl Gustaf of Sweden for “extraordinary efforts in the field of finance and sustainability”. He is a sought-after public speaker and recently joined the private Swiss bank J Safra Sarasin where his campaigning work will continue.

But why does he place so much importance on the role of finance?

“Because the finance industry is the only global citizen in the world with no colour, no borders, no ethnicity and basically allocates and reallocates capital around the world twenty-four/seven,” he tells Board Agenda.

“National governments may have national climate targets, but the financial industry can move capital from where it is regarded as not sustainable towards where it is sustainable.

He is not alone in this view. An article last month in Nature, the science journal, reported Ottmar Edenhofer, director of the Potsdam Institute for Climate Impact Research in Germany, and a former co-chair of a working group at the Intergovernmental Panel on Climate Change, saying: “Neither the amount of financial flows nor their direction is sufficient to keep temperatures below 2 °C, let alone 1.5 °C.”

Beslik sees a number of blocks to quicker adaptation. Chief among them is the way fiduciary duties are understood as simply “delivering returns to shareholders”, plus a misunderstanding of what integration of sustainability principles into investment actually means. “I think the industry sees it as a restriction,” says Beslik.

To some degree the investment industry has begun to move. This month Business Roundtable, a club of US business leaders , said its new guiding principle would be “stakeholder” value, instead of its historic watchword, “shareholder value”.

Beslik sees this as an important move because the investment industry needs credibility before the public.

“One of the problems for the finance industry is that it lost its social licence to operate after 2008,” observes Beslik.

“The industry needs to finds a goal and a place in society from a ‘responsibility’ point of view. And the integration of sustainability into the way it manages money could be one way. But they don’t see that yet,” he adds.

So the investment sector is moving in the right direction, even though the scale of its sustainability investment is still pretty low. Beslik estimates it may even be as low as around 20% of the total. But the Business Roundtable announcement shows a shift.

“This is an evolution process,” he says, adding that five years ago he wasn’t even close to saying any such thing. He says the next three to four years will see even bigger changes in attitude and approach.

Beslik believes recent guidance from the EU’s technical expert group on sustainable finance has provided a “sound” way of interacting with the industry to find a way forward.

But there are other changes he would like to see, not least more transparency on key issues. Chief among those is more reporting on what current proportion of investments are aligned with the targets identified by the Paris climate agreement.

Beslik says this is important for the clients of investment managers and helps them make more informed decisions.

But there are also improvements that could be made for listed companies in general. Beslik identifies quarterly reporting as a major obstacle to thinking sustainably and for the long term.

“You can’t integrate sustainability in your business model but then have your CEO pushed to quarterly reporting, and everything measured on a quarterly level,’ he says.

While Sasja Beslik doesn’t sleep so well thinking about rising temperatures, he retains some hope that the climate crisis can be averted, although not in its entirety.

“I’m optimistic, but to a certain limit. There will be large groups of people that will be affected, but not everyone. But it’s going to be tough.”