Paul Polman is to leave Unilever months after a failed HQ move; and Rathbone Brothers’ FD is to take the chief role. 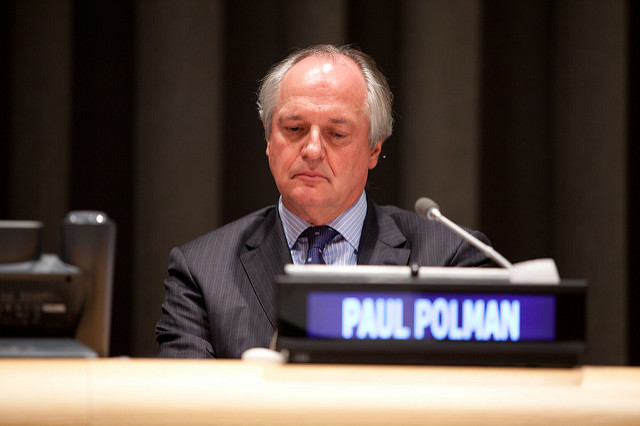 The failure to move Unilever’s HQ to Rotterdam is the final chapter for chief executive Paul Polman’s time at the Anglo-Dutch business.

The multi-product manufacturer has announced that Polman will step down from the role on 1 January 2019, with beauty & personal care president Alan Jope to take the position. Polman has served for more than ten years as Unilever chief—he will stay on for the first half of 2019 as part of the handover process.

The move to create a single-headed structure at the business caused great controversy, and the Dutch HQ would have seen it likely to have quit the FTSE index due to the stock exchange’s rules.

Chair Marijn Dekkers said of Polman: “His role in helping to define a new era of responsible capitalism, embodied in the Unilever Sustainable Living Plan, marks him out as one of the most far-sighted business leaders of his generation.”

Of Jope, Dekkers said he is “a strong, dynamic and values-driven leader with an impressive track record of delivering consistent high-quality performance”.

Philip Howell is to retire as chief executive after five years in the role. He has spent more than 30 years in investment and private banking, including a long spell at Barclays.

Group FD Paul Stockton will succeed Howell, having spent a decade as finance chief. Stockton has also served as investment management MD since May. He takes the role from 9 May 2019, during which time a transition will take place.

“The board recognises the importance of careful succession planning at Rathbones and, having worked with Paul for many years, we are delighted with his promotion to chief executive officer,” said chair Mark Nicholls.