Audit firms may have hit the headlines because of their connection to failed companies, but a new book argues that they face more fundamental problems, which may affect their very survival. 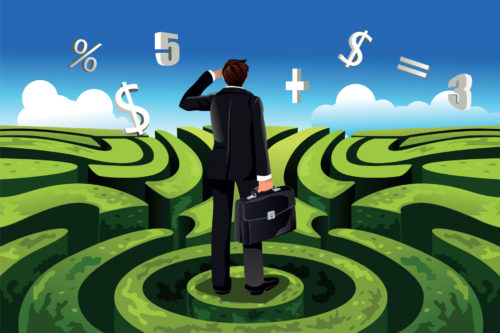 In 2016 Mervyn King, my South African countryman and colleague who is internationally renowned for his work in the sphere of corporate governance, asked me to write a book with him on the future of the audit profession.

At the time, the extinction threat that the audit profession was, and still is, facing, was a matter of grave concern for both of us, especially the potential repercussions for the effectiveness of capital markets.

The objective of the book is to bring important aspects regarding audit and auditors to the attention of business people, in particular non-executive directors and audit committee members.

Our aim is to assist them in better understanding what audit is and what it is not. We also offer some ideas to ease the concerns caused by unlimited auditor liability.

The Auditor: Quo Vadis? kicks off with a brief history of the birth of accounting during the time of the merchants of Venice, and thereafter the birth of the loan stock company, which impacted the need for auditors.

One aspect important to mention is that at first, the role of the auditor was to detect and avoid fraud. Over time this role changed and narrowed in a way, to that of an assurance provider on financial statements. However, despite many years of the audit profession trying to bridge the expectation gap of what their statutory role is, versus what the public at large expects this role to be, there is still an outcry for auditors to detect and expose fraud.

The second part of the book deals with the key threat faced by the audit profession, namely the ability of the profession to meet the demands of the 21st century in the context of auditor responsibility and liability.

Lastly, the book suggests some changes to auditor liability, in order to address the current unlimited liability regime that auditors are facing in many jurisdictions, which could completely wipe out even a Big Four audit firm, creating an even greater audit concentration risk, which is hugely anti-competitive and not in the best interest of capital markets.

We identified and elaborated on a number of challenges that the audit profession faces.  These include:

Enhanced regulation came about after the rise of the International Federation of Independent Audit Regulators (IFIAR) and its member bodies, as a reaction by governments to the corporate failures early in the 21st century (Enron, WorldCom, and so on).

This heightened regulation led to mounting pressure on auditors to enhance their technical and ethical competencies. Audit quality and auditor independence have become key focus areas of audit regulators and audit firms alike.

Social justice beyond legal compliance is the order of the day and has become the yardstick applied by society to the conduct of auditors.

Audit firms, in particular the Big Four, were forced to change their business and audit execution models to become more efficient, and cost effective, and to absorb the costs associated with regulation.

Restrictive independence rules also affected the business model of audit firms in so far as the provision of consulting services are concerned. Some audit regulators are giving serious consideration to “audit-only” firms, hence putting a ban on consulting services by auditors to their audit clients.

These rules put a strain on audit firms’ investment in technology and skills development, but also create opportunities for pyramid staffing models and an environment where highly qualified and expensive skills can be more focused at the strategic and higher risk aspects of the audit.

Furthermore, regulators and society are calling for greater insight into audit firms; their quality control processes; disclosure regarding audit firm and engagement partner inspection findings; and how the firms ensure independence. Some investors are even suggesting that audit firms should have their own financial statements independently audited and made publicly available, and also have a minimum capital requirement to protect those firms against liability claims.

2. The impact of trends in business

Beyond the call for auditors to proactively identify fraud, entities are also seeking assurance on more than just financial statements. This demands auditors with a stronger commercial and “value-add” mindset, as opposed to being purely compliance-driven. Audit standards are not yet necessarily aligned with these needs, nor the impact of the internet age and the fact of data being available at the touch of a button.

Social media and generational differences clearly noticeable among millennials are putting auditors under a spotlight that was never shone by past generations. Social justice beyond legal compliance is the order of the day and has become the yardstick applied by society to the conduct of auditors.

All these demands by business and society are adding costs to the structures within audit firms and putting extra strain on already restrictive auditor independence requirements. Ultimately, all of this has a detrimental effect on the audit profession’s ability to attract and retain the best and brightest talent in the market, a luxury that belonged to the big firms in bygone eras.

The auditor liability regimes in most jurisdictions are of such a nature that auditors are potentially liable for both criminal offences and civil wrongs.

The trends in corporate failure have mostly been that companies prefer to claim against auditors only for losses suffered, without considering the contributory roles that management, the board of directors and others have played.

Not only can a claim practically wipe out a big firm, but also raises the bar to, and appetite for, entry by smaller players into the audit market.

Audit firms, especially the Big Four, are seen to have deep pockets, both from an asset base and an insurance cover perspective, hence this practice.  This, added to the lack of apportionment of liability between joint wrongdoers being linked to corporate failure, means the full amount of loss being claimed from the auditor.

This has resulted in settlement of litigation claims against the Big Four over the past two decades, running into billions of dollars. Not only can a claim practically wipe out a big firm, but also raises the bar to, and appetite for, entry by smaller players into the audit market.

All of this leads to a number of critical success factors for a strong audit profession in the future, such as the ability of the audit profession to meet the rising expectations of a new reporting regime, providing assurance on forward-looking information and being seen to be more transparent and more attractive for young professionals.

Regulators and policymakers will also have to give serious thought to addressing the limitation of the liability of auditors, and the impact of cost and penalties on the sustainability of, and competition in, the audit market.

The future of audit

The audit profession will need to step up to meet the needs of the public it serves by addressing the credibility gap, insofar as its role as protector of the public interest is concerned.

Furthermore, the audit industry will need to rethink how it upskills itself, through education and training models, transformation efforts and anti-competitive risk management.

We conclude that the overarching challenge for the audit profession is to be agile and to avoid becoming a dinosaur. The real threat of the profession facing extinction, in some form, should not be underestimated. In the absence of a solid back-up plan, this could result in the sudden death of the audit profession.

We also suggest that change in technology and innovation might make audit irrelevant over time, but a large corporate and/or audit failure, or significant economic or even natural event, could bankrupt a Big Four audit firm almost overnight. Little did we know that this would become a reality in South Africa, even before our book is off the press.

Linda de Beer is a non-executive director, a visiting professor at the University of Johannesburg, a member of the King Committee and a member of the Public Company Accounting Oversight Board (PCAOB) in the US.

“The Auditor: Quo Vadis?“ by Mervyn King and Linda de Beer is available from Routledge.