Responsible investment is on the rise, according to a global survey of investment institutions, but there’s still some way to go before it becomes the norm. 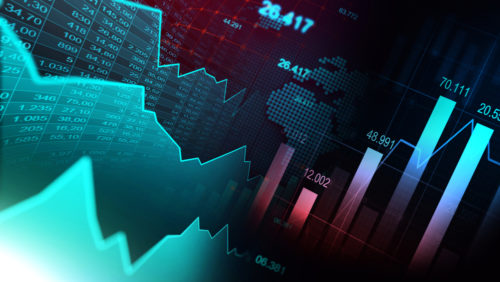 That’s the conclusion of a survey of institutional investors conducted by the Royal Bank of Canada (RBC), which found that 72%, more than two-thirds, either “significantly” or “somewhat” used ESG principles as part of their investment approach.

Many will see that as heartening. But it doesn’t mean ESG principles are used in all investments. Only 18% of investors could say they used a consultant to incorporate ESG investment principles into all mandates.

Encouragingly, institutions also complained that there were not enough fixed-income opportunities for ESG investment.

When asked, institutions in the UK and Europe were most bullish on whether ESG investments could generate “alpha” (an asset’s return on investment compared with expected return) with 56.7% and 50%, respectively, saying it would. Only, 16.6% of institutions in the US, 29.9% in Canada and 21.2% in Asia anticipated alpha success.

Encouragingly, institutions also complained that there were not enough fixed-income opportunities for ESG investment.

Satisfaction with the ESG information from companies was on the low side. Investors in the UK were least happy with a third, 33%, saying “not satisfied”. Twenty-two percent of US investors made the same complaint, while dissatisfaction stands at 21% globally.

When it comes to divestment as an approach to dealing with fossil fuel companies, 45% considered engagement more effective than bailing out of coal, oil and gas stocks.

Overall the results pleased observers. The UN PRI, A body created to increase responsible investment, welcomed the survey results, saying they were in line with its own research. What was particularly pleasing, however, was the growth in the number of institutions that view integration of ESG principles as part of their “fiduciary duties”.

“…while it’s heartening to see more recognising the merits of considering ESG factors as part of their investment strategies, we still have a long way to go before ESG integration becomes the norm.”

According to Fiona Reynolds, chief executive of UN PRI, studies have concluded that failing to consider long-term value drivers, including ESG issues, “is a failure of fiduciary duty”.

But Reynolds also offered a warning. She says: “…while it’s heartening to see more recognising the merits of considering ESG factors as part of their investment strategies, we still have a long way to go before ESG integration becomes the norm.”

Others share that view. Stephanie Mooij, a researcher at the Smith School of Enterprise, notes that some asset managers, such as Deutsche Bank or Aegon (NL), are leading the way by giving mandatory ESG training to mainstream analysts.

But she adds that one way of looking at responsible investment is that if it doesn’t cover 100% of total global assets under management, it is not at the required level.

That leaves the question of whether exclusions—a decision to avoid investment in certain sectors, for example, nuclear or fossil fuels—are enough.

Obstacles to integrating ESG depend on where you are in the investment chain, according to Mooij. Investment managers claim they lack reliable ESG data and a lack of client demand. Researchers have found that asset owners seem to lack conviction that there is a business case for ESG, and companies argue that investors and their customers are disinterested.

That being said, climate change presents a real motive for deepening the commitment to ESG. “Real responsible investment,” says Mooij, “is full-on ESG integration and active ownership. These are nowhere near the required level.”