Nominations for the 2019 Non-Executive Director Awards, which aim to recognise NEDs at the top of their game, are now open—but just what does it take to be an asset to the board? As Paul Drechsler says, good NEDs are a ‘gift’. 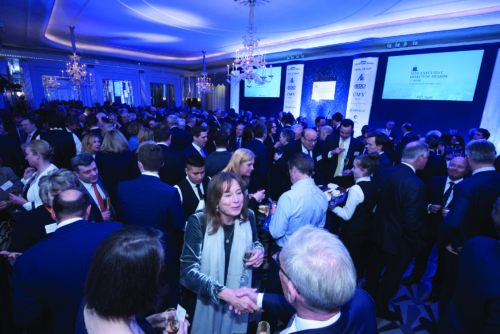 Paul Drechsler is emphatic. Good non-executive directors are a “gift” to boards and chief executives alike. Drechsler, the former president of the Confederation of British Industry and currently chair of Bibby Line Group and the education charity Teach First, made the remarks while discussing the role and position of non-executives in today’s business environment.

Boards are now expected to have a sense of purpose for their companies that goes well beyond the share price.

The issue is a big one for Drechsler who is not only a non-executive himself, but also chair of the judging panel for the 2019 Non-Executive Director Awards.

“Anyone who sits in any team, of any kind, learns the immense value of someone on the team who is independent, has a broad perspective and experience, listens carefully and challenges.

“The great ones are a joy to watch, contributing to debate in a way that improves outcomes. They can get you somewhere better as a result of what they bring to the discussion, and can be important in ensuring long-term sustainability,” says Drechsler. 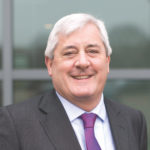 There’s no doubt that non-executives are in the public eye. Notorious company collapses have thrown a spotlight on the practitioners of corporate governance in recent years. But other issues have emerged to present real challenges that must be confronted by boards and their non-executives.

Drechsler says the business landscape is being shaped by a raft of big strategic issues: the pace of technological change; the tech developments themselves and the opportunities they present; political and economical uncertainty as the world witnesses a trade war; and ruptures such as Brexit.

But perhaps biggest of all is the general change in expectations in how companies behave and boards think. Drechsler points out that it wasn’t so long ago that boards were too narrowly focused on shareholder value. That has changed. Boards are now expected to have a sense of purpose for their companies that goes well beyond the share price.

“That is just one dimension of what a board and non-executives do,” says Drechsler, who adds that today, non-executives must consider the interests of a wider group of stakeholders: employees, customers, suppliers and local communities. “You’ve got to have them all on your radar,” he says.

“These are the challenges and it’s this set of issues that reinforces the need for diversity on the board—diversity of background and diversity of perspective. The board is a team effort; it’s not all about chief executives and chairs,” he adds.

The Non-Executive Director Awards aim to recognise non-executives who confront and manage these challenges best. The awards range across seven categories (see box) from FTSE 100 to Not-for-Profit, the NED to Watch and a Lifetime Achievement Award.

At the time, Murray highlighted the issues at the heart of a non-executive’s work: “As a non-executive director I have always tried to balance the needs of all stakeholders. Of course, a business needs to be strong, growing and profitable, but should also be conscious of its impact on all the communities it serves: employees, customers, suppliers, environment, etc. These awards highlight the critical work done by non-executives and the important contributions we make.”

Judges this year include not only Paul Drechsler but Sheryl Cuisia, founder of Boudicca Proxy Consultants; Frances O’Grady, general secretary of the British Trades Union Congress (TUC); Fiona Hathorn of Women on Boards; and Professor Susan Vinnicombe of Cranfield School of Management.

Nominations for entries open at the end of September and close on 25 November. Judges will meet in February to compile a shortlist, with the awards taking place in March.

The process begins with an individual being put forward in a short-form nomination. A board member is then contacted for more information on the non-executive and to fill in a long-form questionnaire, which analyses the nominee’s skills. Academics from Cranfield School of Management and Henley Business School then work through the nominees to produce a shortlist of five for each category. Shortlisted entrants are interviewed and judges then meet to consider the nominees in depth before voting on the winners.

What does it take?

But what does it take to make an effective non-executive? What are the qualities needed to negotiate today’s business and organisational landscape?

Paul Drechsler says there are a range of qualities required to have an impact in the boardroom, but he begins by highlighting what many may take for granted. “There is no substitute for experience, competence and skill,” he says.

“There is no substitute for experience, competence and skill.”

Non-executives must also be “outward-looking”, interested in the world and aware of changes and trends, whether they be societal, political or technological developments.

Next, Drechsler says non-executives must have “an excess capacity for listening.” It’s this that enables them to bring values, an ability to communicate and integrity into the boardroom. But non-executives must also be able to challenge effectively.

“Challenge is the vital ingredient,” says Drechsler, “and it comes in many shapes and forms. Challenge is a gift when delivered with confidence, testing the underlying beliefs and behaviours of the people leading companies.”

The judges will be looking for nominees who bring clarity too and have an impact on strategy; and contributing to an organisation that is enjoying success and that rewards all of its stakeholders. In other words, an organisation that has “all the hallmarks of being governed well.”

For Drechsler, the awards are also an important part of shining a light on the work of non-executive directors. He concedes that when things go wrong questions will be asked of board members, and quite rightly so. But good work should be recognised too.

“The value and importance of these awards is to bring clarity, transparency and awareness to what excellence looks like, as determined by a diverse group of judges. The awards have huge power to raise awareness of what we are all about. In a world where, all too often, attention is drawn to the bad, it’s good to take time to celebrate those at the top of their game.”

Peel Hunt is founder & organiser of the NED Awards, supported by the Sunday Times. Board Agenda has this year joined the awards as a partner. Find out how to enter and read more at www.nedawards.co.uk